Opinion The ABS is wrong: inequality is getting worse in Australia

The ABS has it wrong: inequality isn't stable in Australia. It's getting worse and worse, write Christopher Sheil and Frank Stilwell. 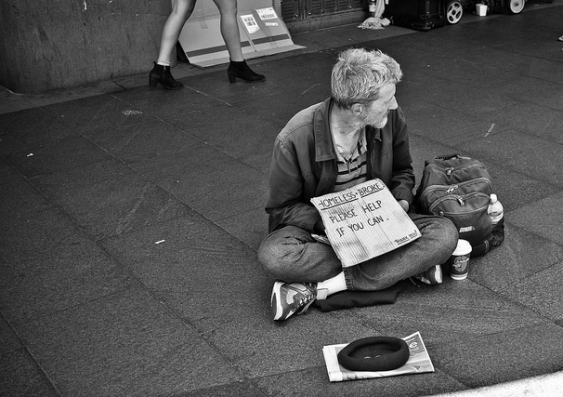 OPINION: The Australian Bureau of Statistics announced last week that "inequality has remained stable since 2013-4". Given that economic inequality has been increasing since 1980 and the widespread view that it has reached unacceptable levels, the ABS's report came as a welcome respite. Or did it?

Most public discussion about inequality focuses on income (an economic flow), but wealth (an economic stock of assets) is a more fundamental indicator of people's social position and opportunities, and its distribution goes to the fairness and stability of a society.

Wealth inequality thus continues to increase at the extremes.

The share owned by the second richest quintile has fallen very slightly, from 20.5 to 20.4%, while the middle and second lowest quintiles are unchanged.

The problem with the Gini coefficient

These shifts were not large enough to change the size of the Gini coefficient, the basis on which the ABS concluded that inequality has stabilised.

The Gini coefficient is a statistical artefact that aims to rank the distribution between complete equality (where everyone owns the same wealth) and complete inequality (where one household owns the lot). It's a widely used index but it can hide as much as it reveals.

In this case, the stability of the Gini appears anomalous, given the large rises in the value of houses in Australian cities during recent years and the fact that few among the poorest 40% own one.

Most of the wealth the ABS apportions to the bottom of the distribution comprises non-income earning household durables (such as cars, furniture and clothing), assets that are valued at zero in the national accounts (which treats durables as consumed when they're bought).

The quite poor and the quite rich

The increase in this ratio implies that the gains of the wealthiest 10% of households have been greater than those accumulated by the top quintile overall, a scenario reinforced by the facts that the top quintile's average wealth rose by a lower 12%, and this average was itself almost a cool million higher than the $2 million entry point for the top 10% ($2.9 million).

In other words, despite the apparent stability of the quintile distribution, the survey results are compatible with other evidence that the wealth of the top 10%, particularly the top 1%, is continuing to race away from the rest of us.

Concentration of wealth is increasing

The limitation of the ABS survey is that it ignores what is happening to the wealth distribution beyond the 90th percentile, which is precisely where most of the concern about growing inequality lies. The methodology lags behind international best practice, which now routinely shows data for the top 1%, the top 10% and the bottom 50%.

Last year when we prepared a report on Australian wealth inequality for the Evatt Foundation, we adopted the global standards, using OECD data and, ironically, ABS data supplied to the OECD not published in Australia.

There is nothing in the ABS survey that leads us to conclude other than that the concentration of wealth in Australia is probably still increasing.

If our official statistician thinks inequality has stabilised, he should adopt the methodology to prove it.

Christopher Sheil is a fellow in history at UNSW. Frank Stilwell is professor emeritus in Political Economy at the University of Sydney. They are co-authors of The Wealth of the Nation: Current Data on the Distribution of Wealth in Australia, published by the Evatt Foundation in 2016.

This article was originally published by ABC Online.

Engaging with the IMF on inequality