The adage 'what doesn’t kill you makes you stronger' isn't always true for high school students, a new study says. 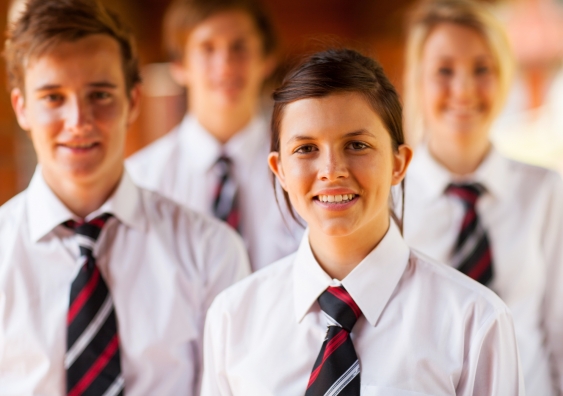 Instead, boosting students’ “academic buoyancy” is the best way to help them deal with academic adversity.

The study of 481 students from Years 7-12 examined the relationship between “academic buoyancy” – the ability to bounce back from academic setbacks and difficulties – and academic adversity over two consecutive years.

Students who had negative experiences such as failing a subject, not handing in schoolwork, being suspended, or moving schools did not significantly build academic buoyancy as a result, the study found.

“Students are under a lot of pressure to perform academically,” Scientia Professor Martin says. “It is important to instil in them the capacity to deal with challenges associated with their education. Fostering buoyancy is key to helping them manage and mitigate academic adversity. It can act as a kind of buffer.”

The study calls on educators to promote academic buoyancy in early schooling to reduce the risk of academic adversity in later years. Prior success can help prevent future academic obstacles, it says.

Howard Cheng, a Senior English teacher at Matraville Sports High School, believes the key lies in a “holistic approach to learning” that teaches “life skills through your curriculum” alongside academic excellence.

“Basically, having high expectations but having high support as well. The two have to go hand in hand,” the UNSW Arts & Social Sciences alumnus says. In this way teachers provide the “scaffolding” for student success, he says.

This is particularly pertinent for students from low socio-economic groups, including Aboriginal and Torres Strait Islander populations, who can lack role models for completing secondary education. In these cases, teachers are often called on to don the “parenting hat” to enable stronger educational outcomes, Mr Cheng says.

Strategies that can boost students’ academic buoyancy include building students’ self-confidence and reducing their anxiety as well as enhancing students’ relationships with teachers and giving students a stronger sense of belonging at school, the study says.

“Early identification and intervention – say in junior high school or even earlier – may be helpful before academic adversity and its associated risks escalate too much,” Professor Martin says. “The good news is that students can develop the attributes that help them deal with academic adversity at school – and beyond.”

How to optimise online learning in the age of Coronavirus