Opinion Action on cyberbullying: token gesture or the way forward?

Attempts to curb online bullying are like chasing a moving target and cyberbullying will continue to change and evolve irrespective of the policy regime, writes Ilan Katz. 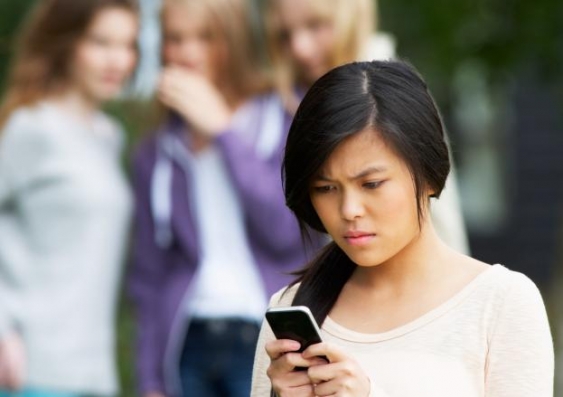 OPINION: The reaction to the federal government’s plans to clamp down on cyberbullying has ranged from hostility from some libertarians to scepticism about yet another government attempt to make the internet safer.

While not surprising, it raises an interesting question on how we deal with different forms of bullying.

The government’s latest move was to table the Enhancing Online Safety for Children Bill 2014 last week which aims to combat the cyberbullying of young people.

A centrepiece of this legislation is the establishment of a Children’s e-Safety Commissioner who will have powers to require large social networking sites (SNSs) to take down cyberbullying material or incur significant fines of up to A$17,000 a day.

The Commissioner will also be tasked with developing guidelines for young people, schools, parents, SNSs and youth workers about responding to cyberbullying.

The legislation follows a Liberal Party election commitment to consider the introduction of “a new, simplified offence” to combat cyberbullying.

After consultation and research commissioned by the Department of Communications, the criminal offence option was shelved and a civil enforcement regime was agreed as the preferred option.

The problem of cyberbullying

Media response to this proposal has been mixed and the policy raises a number of important issues:

The review of the Australian and international studies on the prevalence of cyberbullying revealed a huge range of estimates, from around 6% to more than 40%, with the best estimate being that around 20% of children and young people a year are involved in cyberbullying.

This variation is mainly because determining rates is highly dependent on the definition of cyberbullying, the methodology of each study and when the research was conducted. Cyberbullying is continuously changing and research conducted even a few years ago can misrepresent the current situation.

Extrapolating previous findings to the future is also likely to lead to false estimates.

Nevertheless cyberbullying has increased exponentially in recent years, mainly due to greater numbers of children having access to internet and mobile technology. Cyberbullying clearly affects a large number of Australian young people and it is right that the government should attempt to do something about it.

What is so special about ‘cyber’?

These policy developments raise interesting issues around the relationship between behaviour in cyberspace and offline; in this context, between cyberbullying and what is now known (perhaps with a hint of irony) as traditional bullying.

This is nicely illustrated by the response of the Institute of Public Affairs (IPA) who produced a report in August criticising the proposal because it is an attack on freedom of speech.

But the IPA doesn’t argue that schools who punish bullies on the playground or insist that offensive messages are removed from behind toilet doors are undermining the fundamental Australian freedom of expression. So the IPA thinks freedom of expression for bullies should be confined to the online environment?

On the other hand, the original proposal to create a specific offence of cyberbullying would have potentially criminalised large numbers of young people who would not be subject to any criminal sanctions if they go out and bully another child in the playground.

Nevertheless there are specific dangers for young people online that are not applicable in traditional bullying – in particular that cyberbullying is often publicly and permanently visible, available 24/7, can be conducted anonymously even by adults from overseas, and that home ceases to be a safe haven from the bullying.

Young people themselves, parents and teachers routinely report that they feel ill-equipped in dealing with cyberbullying.

Will the legislation be effective?

Countries around the world have attempted to develop policy responses to cyberbullying, including new offences, surveillance of the internet and the establishment of various new agencies. There is little evidence that any of these have made a significant difference.

But they are all recent innovations, so it is early days to assess their long term effectiveness.

This is a risky area of policy, with a strong probability of generating unintended consequences. Over and above the surveillance issue, the policy could, for example, encourage young people to move to less regulated platforms or websites, revert to using SMS or even traditional bullying.

Ultimately this is a policy chasing a moving target and cyberbullying will continue to change and evolve irrespective of the policy regime. The Commissioner is as good an idea as any, and may even make a real difference.

But the system may be swamped rather quickly, especially if SNSs and others push back against decisions.

This approach is a leap of faith and time will tell if it represents the way forward internationally or is yet another empty gesture by a government to show that it is “doing something” about the online safety of children.

Ilan Katz is a Professor at the Social Policy Research Centre, UNSW.