Opinion Acts of remembrance or expressions of nationalism?

The way we commemorate wartime sacrifice and its influence on our national identity must be kept in balance and context, writes Alan Stephens. 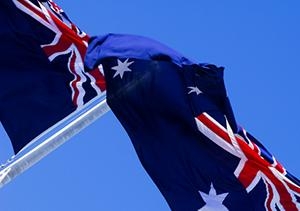 OPINION: At the start, Australia needed Anzac Day. We were a small, isolated nation, uncertain of our place in the world and of our worth as a people. World War I provided an opportunity to prove ourselves, and to demonstrate our loyalty to the United Kingdom, still regarded by many Australians as 'home'.

Context is everything in history. In 1914, it didn't matter to Australians whether the war in which we were taking up arms was one of necessity or of choice. Duty to king and country was an understandable sentiment for the times.

The young men of the Australian Imperial Force did not let their nation down. Distinctively robust, cheerful, and irreverent, they fought with bravery and stoicism at Gallipoli, in the Middle East, and through the nightmare of the trenches on the Western Front.

National pride in the AIF's achievement was given sacred form by the shock of 62,000 deaths, an unbearable loss for a nation of only five million. It can still be poignant to drive into a small Australian town and see the simple statue of a World War I soldier, with a dozen or so names of the local boys who died on the other side of the world engraved on its base, often two or more from the same family.

It was the official war historian and driving force behind the establishment of the Australian War Memorial, Charles Bean, who purposely popularised the Anzac legend, and with it the idealised image of the digger. Bean is a towering figure in the socialisation of Australia: no-one has been more influential in shaping our national self-image. By contemporary standards, some of his writing might be regarded as uncomfortably close to propaganda but, as noted before, context is everything.

There was never any question that World War II was a war of necessity, with the depravity of Nazi Germany and the ambition of Imperial Japan constituting a threat to civilised order everywhere. Australian airmen, soldiers and sailors made an important contribution to the Allied victory. Their sacrifice deserves lasting gratitude.

World War II strengthened the Digger legend - our servicemen and women were constantly described as the 'heirs of Anzac'.

In the 68 years since then, official histories and popular reporting of the fighting in Malaya, Korea, Vietnam, Iraq and Afghanistan has further reinforced that myth. Yet each of those post-1945 conflicts was a war of choice, and none was relevant to our national survival.

That is not to question the reputation of our warriors; on the contrary, in battles at places like the Pusan Perimeter, Kapyong, and Long Tan they fought with courage and professionalism. It is, however, to question our obsession with the Anzac legend, and its effect on our national identity.

So powerful has the myth of the digger become that for many it is synonymous with what it means to be Australian. Crowds at Anzac Day marches continue to increase, even as the numbers of World War veterans decrease, while travelling to Gallipoli for the dawn service has become something of a rite of passage for many young Australians.

Yet it is almost 100 years since the Gallipoli landing; and as one of the world's most diverse, liberal, wealthy, and powerful countries, Australia is a fundamentally different place. Thus, while it is proper that we should honour our servicemen and women, we should ask ourselves: how, and in what context?

Our concern should be that relentless, officially-sponsored publicity has made our commemorations not so much acts of remembrance as expressions of an aggressive form of nationalism.

Beginning in 2014, the Australian Government will spend $108 million on a five-year program to commemorate the centenary of Anzac. An advisory board headed by retired air chief marshal Angus Houston has made 25 recommendations, every one of which has been accepted. There will be grand functions, re-enactments, travelling exhibitions, grants to individuals and institutions, new statues, information kits for school children, refurbishment of countless memorials, and much more.

By any measure, this will be an extraordinary promotion of military history and its implied values. Yet at the same time, we remain comparatively ignorant of the contribution and values of thousands of outstanding Australians in the fields of science, medicine, the arts, education, law, and so on. One hundred million dollars would go a long way towards redressing this careless omission and, you might think, how we perceive ourselves.

It is proper that we commemorate wartime sacrifice made in the national interest. However, the nature of that commemoration and its influence on our national identity must be kept in balance and context. If at the start we needed a national legend, now, Anzac Day has become a remembrance too far.

Dr Alan Stephens is a visiting fellow in the School of Humanities and Social Sciences, UNSW Canberra.

This opinion piece first appeared on The Drum.