Opinion Actually, cycling rates are up

A recent report had cycling rates in Australia declining over the past 25 years. But a re-analysis of the data shows a very different result, according to UNSW experts. 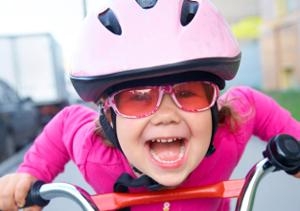 OPINION: A recent report, which has attracted significant media attention, suggested that cycling participation rates in Australia declined between 1985/86 and 2011. That analysis, however, did not account for changes in the age-structure of the population. We have re-analysed the data, using age-standardisation to account for the ageing of the Australian population, and we found an increase in cycling participation.

We read Sara Phillips's article in The Drum on Professor Chris Rissel's latest cycling research with great interest. Like Sara, we were somewhat surprised by the results of his analysis of a 1985/86 Australian travel surve and a 2011 survey (pdf) of cycling participation in Australia, as reported in the media:

"A Sydney University study says that while the total number of cyclists has risen, so has the country's population, meaning that on a per capita basis bike riding has dropped by 37.5 per cent between 1986 and 2011."

The figure of 37.5 per cent comes from the University of Sydney press release on the research. A decline of this magnitude in per capita cycling seemed unlikely. After reviewing the actual research paper by Gillham and Rissel, we discovered that this result appears to have been calculated by subtracting the 20.9 per cent change in cycling trips reported in the research from the 58.4 per cent change in population over the same period.

It seems that they arrived at their figure of 32.2 per cent by subtracting 26.2 per cent from 58.4 per cent. Although the arithmetic is correct, such a calculation is, of course, epidemiologically just plain wrong.

These rates can be compared by calculating the rate ratio, which is 0.78, or the percentage rate difference, which is -22.2 per cent. In other words, based on the data from the two surveys, the crude per capita daily cycling trip rate dropped by 22 per cent between 1985/86 and 2011. It did not drop by 32.2 per cent as reported by Gillham and Rissel in their paper and not by 37.5 per cent as reported in the University of Sydney press release.

Gillham and Rissel account for this drop thus, in the conclusion to their research paper: "Reasons for this [decline] are unclear, although a historical lack of investment in cycling infrastructure coupled with mandatory helmet legislation may have contributed." In the press release, Professor Rissel puts his hypothesis rather more assertively: "The most likely major deterrent to more people cycling is helmet legislation, which is a significant feature of the cycling environment in Australia."

One might also speculate that other factors, such as increasing motor vehicle traffic on our roads might also have played a role, but there is one obvious change over the last few decades which Gillham and Rissel seem to have completely overlooked, and that is the ageing of the population.

A similar pattern was evident in 1985/86. As one gets older, those hills really do seem steeper (not to mention bones becoming more brittle and blood vessels more fragile). That is not to suggest that older people should not ride bikes, but it is easy to appreciate why biology is a major factor in the lower cycling participation in older age groups.

Fortunately, there are well-known epidemiological techniques which permit valid comparison of rates derived from different underlying populations - in this case, the Australian population separated by three decades of demographic shift. The simplest and most widely used technique is called age/sex standardisation, and for the data available from these surveys, a variant called indirect standardisation must be used.

The principle is simple: from the 1985/86 survey report, we calculate the daily per capita cycling trip rate for each age group/sex stratum of the population - these are called age/sex-specific rates. We then do the thought experiment of asking how many cycling trips per day would we expect in 2011 if the age/sex-specific cycling trip rates from 1985/86 still applied - this is easily calculated by multiplying the 1985/86 age/sex-specific rate by the 2011 population for the same age/sex stratum, and summing the results. We then calculate the ratio of the observed (or rather, estimated) number of cycling trips from the 2011 survey to the expected number of trips if the 1985/86 cycling rates still applied. That ratio is 1.08.

In other words, after adjusting for the overall ageing of the population between the 1985/86 survey and the 2011 survey, the per capita cycling trip rate has actually increased by eight per cent. In addition, the absolute number of cycling trips per day has, as Gillham and Rissel correctly pointed out, increased by at least 26 per cent. Based on the data in these two surveys, cycling participation is up, not down. For the curious, details of these calculations, together with the underlying data abstracted from the original survey reports, are available at http://goo.gl/60ahI

Of course, we should not put too much store in any of these figures - the two surveys on which these calculations were based differ in several important ways, and like all such surveys, each has its own margin of error, which we haven't been able to estimate from the information available. We think these are valid concerns, but even taken at face value, there is nothing in these cycling survey results which can be construed as a bad news story for cycling participation in Australia.

The apparent drop in the crude cycling trip rates reported by Gillham and Rissel is more than adequately accounted for by demographic shift in our ageing population. There is no need to speculate about lack of investment in cycling infrastructure as a cause for a decline in cycling participation, and absolutely no need to invoke the bogeyman of mandatory bicycle helmet laws.

It will be very interesting to see what the trip-to-work mode share for cycling is in the 2011 Census when these data are released in October 2012. Predictions are that cycling will have increased substantially in the five years since the 2006 Census, having hovered around the one per cent mark in each census since 1976.

We do agree with Professor Rissel on one thing - as he is quoted as saying in the University of Sydney press release: "Qualitative research consistently reports that people not confident riding on roads prefer bike paths separated from traffic."

This article was published on the ABC Environment website.

Jake Olivier is a Senior Lecturer at the School of Mathematics and Statistics at UNSW. Andrew Hayen is Associate Professor of Biostatistics, School of Public Health and Community Medicine, UNSW . Scott Walter is Biostatistician at the Centre for Health Systems and Safety Research, UNSW. Tim Churches is a Medical Epidemiologist. Raphael Grzebieta is Chair of Road Safety, Transport and Road Safety (TARS) Research, UNSW.