Opinion Adam Goodes: we should all raise a spear for Australia

Our Kiwi cousins have done a better job of reconciliation. But it's not too late for Australians to catch up, writes Christopher Kremmer. 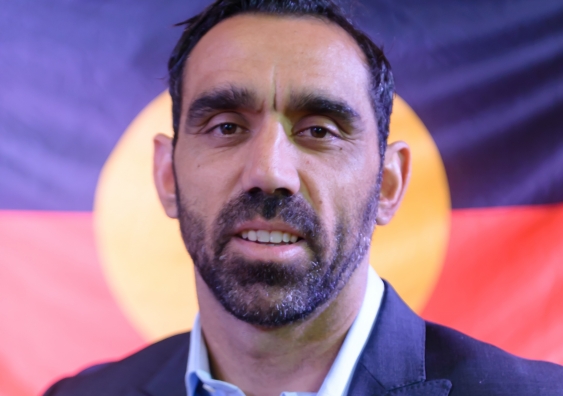 OPINION: Adam Goodes is a proud Australian. He's also a proud Indigenous man and an inspiring figure for many Aboriginal and non-Aboriginal citizens alike. He has reconciled the contradictions inherent in that heritage, a courageous feat given Australia's history.

So if Goodes can do it, why can't the vocal minority who go to the football to boo a champion athlete?

Many a footballer has given two fingers to opposition supporters after bagging a goal, and fans routinely pile vile abuse upon their team's opponents. Carlton fans – the intended audience for Goodes' Indigenous "war" dance in May – responded angrily at the time. But the fans booing at subsequent games are different.

They were not involved in the original incident but, like gawking rubberneckers after a car crash, are exacerbating the ensuing chaos. Some are seizing a chance to rag a player who is not everyone's darling. Some may be racist and others may regard the "spear throw" at the crowd as a symbolic declaration of war against them as non-Indigenous people. Nothing in Goodes' history justifies that interpretation, but the genie is out of the bottle and we need to do something about it.

The problem on our sports fields now is essentially a cultural one that has potentially harmful consequences for individuals, sports administrators and the nation as whole. But because it's a cultural problem it cannot be legislated away. Players from all teams are doing their best, and a stronger stand by the AFL would be of enormous help. Cancelling a game or two if the abuse continues would sort the real fans from the rest. But a more positive solution is available.

On a recent visit to New Zealand I was reminded that "the ditch" is not all that separates us. It was striking to hear Kiwis of all races welcoming visitors with a Maori greeting, "kia ora" ("be well/healthy"). In Australia the Aboriginal words we use are mainly place names and descriptions of flora and fauna, or objects and customs that are exclusive to Indigenous culture. Apart from yakka or yaga (work), there are few Aboriginal words commonly used by non-Aboriginal Australians in everyday conversation. But in New Zealand, Maori phrases have crept into the popular vernacular.

This embrace of Aotearoa heritage is more than tokenism. It denotes real respect for indigenous culture, the most potent symbol of which is the haka.

Do white rugby fans and those who now boo Adam Goodes feel threatened or insulted when New Zealand footballers do their "war" dance (which also has other less intimidating purposes)? Of course we don't. People of all nations and races love that dance. It pumps everyone up. We savour that ominous ballet in all its provocative majesty. Who would ever suggest banning it?

Goodes' performance of his "war" dance or gesture after kicking a goal brought to the surface the complexities of bearing allegiance to two cultures. We all have these divided loyalties. We are proud Australians who are also proud of their European or Asian or continental American heritage. We are Australians in matches against the British, but Queenslanders when we take on New South Wales. In rugby league, lingering class enmities add spice to South Sydney versus Manly games, and in Melbourne, Collingwood versus just about everyone.

We need a way for Aboriginal pride to be understood in the same way – that is, as a good thing, not just a Goodes thing. We need to understand that pride in Aboriginality is no different to other Australians' pride in their  many different heritages and allegiances.

Goodes' fierce gesture of self-assertion should be celebrated, just as the haka is and, like the haka, directed at the opposing team, not the crowd. Perhaps it could be incorporated into the annual Indigenous round in AFL and the NRL equivalent. That way, not just Indigenous players but all of us could celebrate the fighting spirit of the traditional owners of this land, just as we celebrate the bravery and valour of Anzac.

Most Australians have a vague inkling that our Kiwi cousins have done a better job of reconciliation, a word that despite overuse still manages to quiver with our deepest and finest instincts. But many would be surprised to learn that New Zealand rugby teams have been performing the haka since 1888, and that since that very first stomp it's been performed by whites as well as Maori.

We are starting from way behind, but it's not too late for Australians to catch up. Western Australian Premier Colin Barnett's idea of a truce in which crowds stop booing, and players  "don't re-enact the spear throwing" is wrong-headed and impractical. Next thing you know he'll be calling on rugby league legend Greg Inglis to stop his "goanna".

Let's dance for our heritage. Let's raise a spear for Australia.

Christopher Kremmer is a novelist and senior lecturer in the School of the Arts & Media at UNSW.

Obama, Trump, Clinton and the affordances of distance