Opinion Is Afghanistan the unwinnable war? The Taliban seems to think so

Resolution of the war in Afghanistan requires the Taliban, the American and Karzai governments to recognise that victory, in any military sense, is illusory and cannot be fully realised, argues Ian Bickerton. 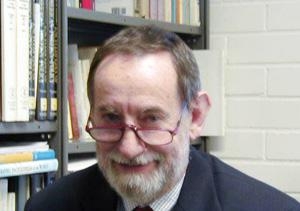 OPINION: The current situation in Afghanistan is a dramatic example of the old adage that all foreign policy is merely an extension of domestic politics.

The capture of Kabul is now seen as unachievable, he said, and the Taliban would settle for a recognised role in a future Afghan government. If true, this is good news, as it suggests a move forward from the Taliban’s previous refusal to negotiate until all foreign troops had left Afghan soil. However, domestic politics in the United States, within the Taliban, and within the Karzai government at this time make the likelihood of meaningful negotiations in the immediate future remote.

This is not the first time the Taliban have indicated a willingness to talk. In November 2010 and May 2011, Germany mediated brief talks between Taliban and US negotiators somewhere in Germany over the release of five Taliban prisoners being held at Guantanamo in exchange for American army sergeant Bowe Bergdahl, who was captured by the Taliban in June 2009. In January 2010, the Taliban proposed that formal talks be continued in Qatar, where it proposed to open an office. This move, reluctantly agreed to by the US-backed government of President Hamid Karzai, was regarded by some as a precursor to talks to end the now eleven year old war.

On these three occasions, the talks broke down because disagreements within the Obama administration and the US military in the Pentagon led the US to backtrack on its commitments leading the Taliban to suspend the talks, although they have maintained their office in Qatar. And, in June 2012, a Taliban emissary, together with one from the Hezb-e-Islami insurgent group, sat face-to-face with a senior Afghan government official responsible for peace talks in a rare high-level gathering at a peace and reconciliation conference held at Doshisha University in Kyoto, Japan.

But it is highly unlikely that President Obama, committed to building up a secret US military presence in Africa and pitted against Republican hard-liners, will agree to talk to “terrorists” in the run-up to the US presidential elections in November. The official United States position remains that the insurgents must abandon violence, break their connections to al-Qaeda, and abide by the Afghan constitution before any real peace process can begin in Afghanistan. President Karzai also finds himself between a rock and a hard place. He is afraid to negotiate with the Taliban fearing it would signify defeat, and, in addition, some of his governing allies (members of the so-called Northern Alliance) have threatened to abandon him if he does. Karzai’s problems are further exacerbated by the ongoing tensions — recently labelled a war in the western Pakistan tribal areas by US Secretary of Defense, Leon Panetta — between the Pakistani military and the US.

There is still a long way to go. In his interview with Semple, Mawlvi stated that the Taliban will not negotiate with the Karzai government whom they regard merely as a puppet of the US, and whom, in any event, they hold in contempt, and they will not accept the western-style, centralised constitution imposed by the US. They want a Sharia-inspired form of government, although they have promised a more flexible, pragmatic application of Sharia principles.

In addition, the Taliban insurgency itself is divided: by ethnic tensions as well as religious intensity. There is no certainty that the younger mid-level Taliban leaders in the field inside Afghanistan facing daily US drone attacks will obey calls to lay down arms from their so-called older commanders safely ensconced in Pakistan protected by Pakistani military patrons. Older, wiser pragmatic heads appear willing to make concessions on issues relating to education of girls and the status of women, although how far they are willing to go remains unclear. The recently televised shocking sight of Taliban men callously executing a kneeling woman accused of adultery gives the lie to these assurances, and the prospect of the Taliban regaining dominance in any central government remains repugnant to the great majority of Australians.

President Obama claims that the war will be over by 2014 when the US, NATO and allied troops have withdrawn from Afghanistan. But the war will only be over when the Taliban, the American and the Karzai governments reach an agreement. Resolution requires all parties to recognise that victory in any military sense is illusory and cannot be fully realised. After 11 years of martial occupation and continuous bombing, more than 2,800 NATO soldiers as well as an unknown, or untold, number of Afghan civilians killed, and the expenditure of more than one billion dollars (US), the Americans and their allies (including Australia) have given up the pretence that they are building (or can build) a modern democratic state in Afghanistan. Even the goal of completely eliminating al-Qaeda appears to have been abandoned. Australia can help in the process of reaching a settlement between the warring parties through its programme of providing financial assistance to the reconstruction of the country over the long haul.

Perhaps the Taliban, also, are reaching the point where they acknowledge that they cannot achieve all their goals through the force of arms, and will settle for less. If that is the case, let us hope the opportunity to negotiate is not lost. The alternative is the continuation of the entirely foreseeable atrocities of more civilian deaths inflicted upon a population whose primary wish is to free themselves from occupation by foreign troops.

Fourteen years on, what next for Australia's role in Afghanistan?