Opinion Alcohol-fuelled violence on the rise despite falling consumption

Generally speaking, if a population drinks more, there will be more harm from alcohol. But this link now appears to be unravelling, writes Michael Livingston. 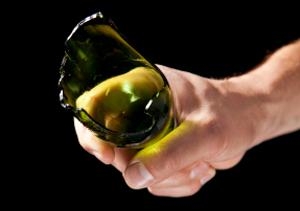 One of the core assumptions of public health-focused alcohol research has been the overarching link between levels of alcohol consumption in a population and rates of harm. This has been demonstrated repeatedly, across a range of settings – when per-capita alcohol consumption goes up, rates of alcohol problems (mortality, morbidity and violence, for instance) go up with them.

Over the last decade or so, data from the Australian Bureau of Statistics have shown almost no change in the amount of alcohol consumed per person in Australia. In 2000/01, it was 10.15 litres of pure alcohol, while in 2010/11 (the most recent year for which data are available), it was 9.99 litres. In contrast, rates of alcohol-related harm are increasing.

Recent studies in Victoria of both adults and young people have found sharp increases in a range of problems from alcohol. This includes rates of alcohol-related hospitalisations, presentations at emergency departments due to intoxication, late-night assaults, domestic violence involving alcohol and alcohol treatment.

But what can explain these diverging trends? First, there’s the possibility that our data systems or coding practices have changed. While most measures of harm have increased in recent years, rates of alcohol-related mortality (the most reliably recorded) have not. So we could be seeing a coordinated shift in how hospital workers, paramedics and police treat alcohol data. This requires a shift in practice across multiple systems (and multiple states).

While possible, this seems unlikely to explain the full extent of the observed trends. And if we assume the available data reflect real underlying changes, then something more interesting is going on.

Australian alcohol consumption patterns may actually be fragmenting. Consider this simple example: a large number of light or moderate drinkers may have slightly reduced their alcohol consumption, while a smaller group of heavy drinkers increased theirs. This would lead to relatively steady per-capita consumption, but the potential for increases in alcohol-related harms (mostly experienced by the heavier drinkers). A recent study of Swedish youth finds some evidence of this kind of polarisation.

In Victoria, several recent analyses suggest that the vast increase in the number of places to buy alcohol has had little impact on overall consumption. But it has directly influenced rates of alcohol-related problems.

So it may be that population-level policy solutions still make the most sense, even as population-level consumption and harm rates drift apart. There are still a lot of questions we need research to address: whose drinking is shifting and why? Are particular policy changes likely to improve or exacerbate the recent harm increases? Are there particular demographic or sub-cultural groups of the population that research and policy should be targeting?

Whatever the case, recent increases in alcohol-related harm are of grave concern and it’s critical that we reverse this trend.

Don’t believe the hype, teens are drinking less than they used to