Opinion On Anzac Day, we remember the Great War but forget our first war

Anzac is about remembering all our wars, including those that took place on home soil, writes Peter Stanley 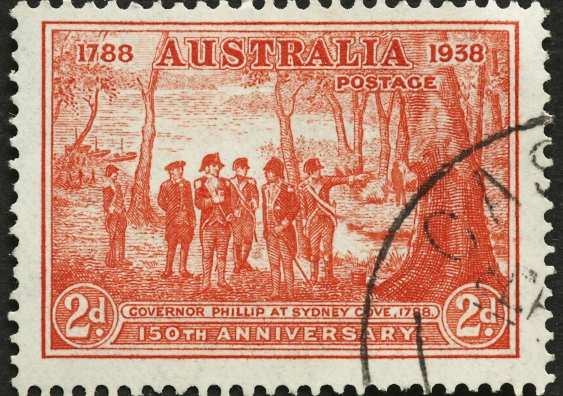 OPINION: On Anzac Day, Australia remembers its war dead, with one tragic exception. Australia is apparently disinclined to acknowledge the fact or the importance of frontier conflicts. What’s the nexus between the day on which Australians (and New Zealanders) acknowledge what past wars have cost and the intermittent wars fought across the Australian continent as settlement advanced from 1788?

There’s no question now that conflict occurred. Soldiers, police and settlers fought Indigenous inhabitants as the frontier of occupation advanced during the colonial period and into the early 20th century. At the time (as Henry Reynolds shows in his recent book Forgotten War) colonists had no difficulty owning up to the fact that it was the war they had to have if they were also to have the land.

Yet the fact of conflict was largely forgotten or denied from the late colonial period up to our lifetimes (except for, say, the journalist Clive Turnbull, whose Black War appeared in 1948).

From about the mid-1970s a string of historians documented the fact, spread and impact of frontier conflicts. Humphrey McQueen, Geoffrey Blainey, Noel Loos, Henry Reynolds and a host of authors writing about regions and peoples have for over 30 years built up a credible, detailed and often shocking picture of the extent of the wars that claimed the land for the invaders.

It’s not a noble or edifying story, but there’s now no doubt it happened. For me it was the acceptance by two conservative, traditional military historians, Jeff Grey and John Coates (who included frontier conflicts in their Military History of Australiaand Atlas of Australia’s Wars respectively) that signalled the historiographical battle was over.

Forgetting our own first war

But what do we do with that acceptance? The answer, so far, is not much. On the eve of the biggest year of commemoration in Australia’s history, when the story of the nation’s part in the Great War will be retold over and over in books and on screens big and small, Australia seems unable to incorporate the story of its first war – the war for possession of the continent – into its military history.

It’s not a problem for the historians, regardless of political or ideological hue. But the nation’s pre-eminent military historical institution, the Australian War Memorial in Canberra, has been unwilling to accept that those who fought for Australia could have done so naked with spears as well as in khaki with Lee-Enfields.

The War Memorial has for about 30 years declined to accept that “Australian military history” – which it is charged with conveying and interpreting – includes the conflicts that occurred all over Australia for over a century. These cost the lives of about 30,000 people – most of them Indigenous, of course.

Successive directors of the War Memorial have claimed – without foundation – that its governing act only allows it to deal with “overseas conflicts” or with “wars Australia has fought as a nation”. That ignores the fact that its galleries present the bombing of Darwin and wars fought by Australia’s colonial armies. It could deal with conflicts fought by, say, British military mounted police raised in Sydney. It continues to choose not to.

That’s the connection between Anzac Day and the recognition of frontier conflicts. The power of the idea of Anzac in the national imagination – which the coming year can only enhance – explains why Australia’s foremost repository of military history has been so resistant to accepting and interpreting the historical reality of frontier war.

Completing our picture of the past

Anzac means many things to many people, but it essentially conveys a positive view of Australia’s part in war. If, as the great war historian Charles Bean said, Anzac stands for “reckless valour in a good cause, for enterprise, resourcefulness, fidelity, comradeship and endurance that will never own defeat”, then frontier conflict seems to have no relevance to Anzac.

Or this is what so many people assume – except that Bean’s words could also summarise the spirit in which Indigenous people fought to defend their land, couldn’t it?

Except that the War Memorial has no brief to be, as it has become, the custodian of “the Anzac spirit”. The term is not even mentioned in the War Memorial’s enabling legislation. It would be perfectly possible, if Australians wished, to commemorate and explain what Anzac means, and to interpret and commemorate the cost of the frontier wars.

Except that if Anzac (in all its variegated meanings) is a part of Australia’s understanding of its military past, so is the horror of massacre and degradation of frontier conflict. They both happened, even if Australians seem to find only one acceptable.

Australians have to accept that not everything in their military history can be praiseworthy, heroic or worthy. Some things happened, whether we like them or not. They’re part of our national history, just as we as individuals have to accept that we sometimes do things we’re not proud of.

If we’re to understand our history honestly we have to heed, as Charles Bean also wrote, “the good and the bad, the greatness and the smallness” of Australia’s military history. Accepting frontier conflict does not diminish Anzac, but it would prove that a century on from Gallipoli we had perhaps grown up as a nation.

Peter Stanley is Research Professor in the Australian Centre for the Study of Armed Conflict and Society at UNSW.