Opinion Arab League mission to Syria an exercise in duplicity

The recent bloodshed in Syria reflects a history of incompetence on the part of the Arab League, says Anthony Billingsley. 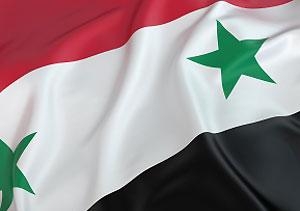 OPINION: This weekend, Syria witnessed some of its bloodiest days since political agitation began last year. Dozens were killed after the government launched a new military offensive against rebel group the Free Syrian Army.

The intensified violence came as the much-criticised Arab League observer mission suspended its operations in Syria, its tentative plan for peace having been rejected by President Bashar-al Assad.

That the mission has failed to stem the bloodshed should come as no surprise. It highlights the cynicism of the rulers who dominate the League and an established pattern of impotence in the face of major crises.

A compromised endeavour
The mission initially promised much. It showed Arab countries' willingness to address an Arab problem. It potentially offered a way in which the regime in Syria might escape the consequences of its repression and a more representative government might be formed. But as the crisis has developed, weaknesses in the mission’s mandate and composition become more and more apparent.

The appointment of a Sudanese military officer, General Mustafa al-Dabi, to lead the mission was a focus of concern from the start. Al-Dabi’s background as a supporter of Sudanese President Omar Al-Bashir, who was involved in the violence of the Darfur and South Sudan crises, did not give confidence. These concerns were reinforced by Al-Dabi’s attempts to minimise the Assad regime’s culpability in the conflict.

The Syrian initiative reflected a range of motivations. The main proponents of the mission, Saudi Arabia and Qatar, could not be accused of concern for human rights. They are, however, vulnerable to accusations that they stood by while fellow Sunnis, who are the majority in Syria, were being killed by the “heretical” Alawite regime of al-Assad.

They also saw an opportunity to separate Syria from its alliance with Iran, as well as fearing Assad cannot survive, so are engaged in damage limitation. The orderly replacement of Assad might prevent the contagion of the Arab revolutions from spreading to Saudi Arabia and the Gulf countries.

History repeating
That the mission to Syria was so compromised in both motivation and execution merely reflects a history of incompetence on the part of the Arab League.

The league was created in 1945 to promote economic and social development, settle disputes between Arab countries and coordinate relations with the rest of the world. From seven members in 1945, it now has 22 members, including Palestine.

Initially, the League was promoted by Britain as a means of maintaining control over the newly independent countries of the Arab world. It was later usurped by Egyptian President Nasser to promote Egypt’s pre-eminence in the region.

Failure after failure
League efforts to Arab economic integration have come to nothing. In 1964 it established an Arab Common Market, but the project was stillborn. Inter-Arab trade now only constitutes about 10% of total Arab trade.

The League’s attempts to coordinate Arab political activity have been ineffectual. For most of its existence it has operated as a talking-shop for Arab leaders who are focused on regime survival with no concern for human rights and political freedoms. These leaders have little interest in speaking out against atrocities by other rulers lest the legitimacy of their own regimes be called into question.

The League’s nadir was perhaps its refusal in 2009 to address the Darfur crisis. Despite a warrant having been issued for his arrest a few weeks earlier by the International Criminal Court, League members welcomed Al-Bashir to their summit in Qatar. Al-Bashir had been indicted for war crimes and crimes against humanity over the deaths of hundreds of thousands of people in Darfur. The summit rejected the Court’s action as a violation of Sudanese sovereignty.

Divisions were exposed by Iraq’s invasion of Kuwait in 1990. At a summit held to address the invasion, only 12 out of 20 states at the meeting were willing to condemn Iraq. The League’s impotence was further exposed by its inability to act over the 2003 American invasion of Iraq. Regimes such as Egypt and Saudi Arabia were torn between their dependence on the United States and the hostility to the invasion felt by their populations.

Scant success
A high point for the Arab League was the Abdallah Plan for the settlement of the Israel-Palestine dispute. The plan offered Israel full diplomatic and economic relations with all members of the League in return for Israel’s acceptance of a Palestinian state within the boundaries that existed before the Six-Day War of 1967.

Sadly, it was rejected by Israel and the United States. Despite reiterating their commitment to the plan, the Arab states have been unable to push it to the top of the negotiations agenda.

The action against Libya last year was the first time the league has taken action against a member state. The decision to support intervention was of dubious legitimacy, as only nine of the 22 members supported reference to the UN Security Council, and those that did had a range of motivations, not necessarily related to the plight of Libyan civilians.

Libya may have been a small success for the Arab League, but its failure to bring any kind of resolution to a Syria torn apart by civil conflict is an indictment on a morally hamstrung organisation whose motives are never pure.

Syria’s fate now lies with the UN Security Council, where a draft resolution will be voted on this week. It can only be hoped this process will be approached with less duplicity and more concern for human rights.

Anthony Billingsley is a lecturer in the School of Social Sciences and International Studies.