Arthritis is the second leading cause of disability in Australia with many sufferers so severely disabled they cannot engage in basic everyday activities, UNSW research has found. 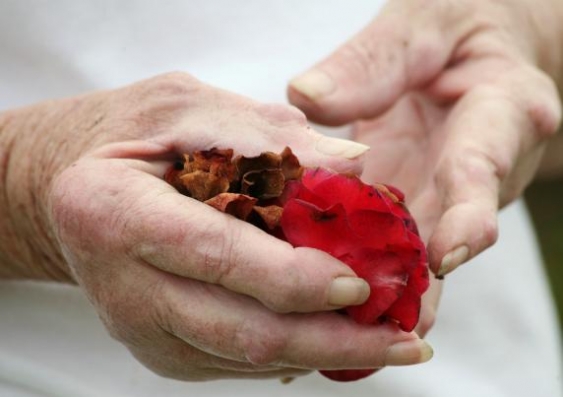 Arthritis is the second leading cause of disability in Australia with many sufferers so severely disabled they cannot engage in basic everyday activities, new UNSW research has found.

Arthritis is the most common cause of chronic pain in Australia and the most prevalent long-term health condition, affecting three million people of all ages or about 15% of the population.

The nation-wide study examined the lived experience of moe than 800 Australians with arthritis and related conditions.

Nearly all participants (95%) reported arthritis limited their ability to manage daily activities with one third being unable to manage their home or garden, one in five unable to undertake domestic duties and five per cent requiring assistance with basic personal care, such as showering and dressing.

In particular, people’s capacity to work was affected, with two in three people reporting that arthritis had affected the type and hours of work or study they were able to do and one in four reporting they were permanently unable to work or study due to their condition.

“This is a very significant finding when you consider that two in three people with arthritis are of working age,” said Ms Ainslie Cahill, CEO of Arthritis Australia.

As a result, social exclusion is often compounded by financial hardship due to reduced income and the added costs associated with living with arthritis. One in five participants reported struggling to meet their day to day expenses with many reporting they had to go without or delay health care visits or compromise on other basics such as food to meet the high costs of medication.

“We know that early diagnosis and treatment is critical, especially for conditions such as rheumatoid arthritis, where it has been shown to reduce associated disability by a third.”

Arthritis Australia is calling on the federal government to implement the recently launched Time to Move: Arthritis strategy, which provides a comprehensive range of proposals to reduce the disabling impact of arthritis by improving care and support for people with the condition.

“We know that much can be done to prevent or reduce the disability associated with arthritis by providing better care for people as early as possible in the disease course,” Ms Cahill said.

“This helps to keep people with arthritis in work and living life to the full – this is what Time to Move is aiming to address.”

Other key findings of the SPRC research:

People with arthritis-related disability may require short-term, long-term or permanent access to formal support, including both services and financial support. Responses need to be flexible to suit individual needs and circumstances and accommodate changes as the disease fluctuates or progresses over time.

Access to financial support, appropriate health care and formal care appears to reduce the barriers experienced by people with arthritis in their ability to engage in daily life activities.

Many people with arthritis are unaware of support services available, or discover them by chance, or have trouble accessing them because of limited recognition of the disabling nature of their condition.

“It’s important in this changing policy context that we understand what the disabling effects of arthritis are and what supports are required to keep people actively participating in society.”