The ascendancy of climate change denial represents a failure of courage and capacity by the social sciences and a crisis for the profession, Robert Manne has told Australia’s largest social policy conference. 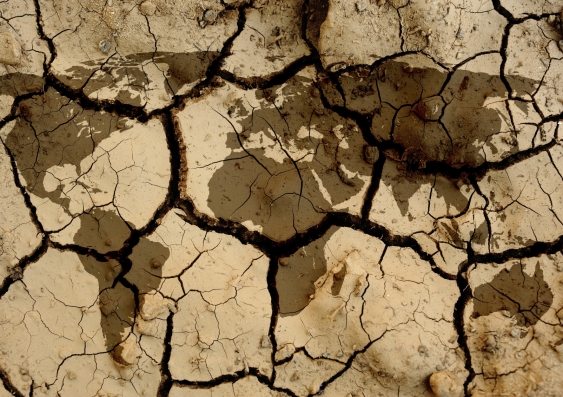 The ascendancy of climate change denial represents a failure of courage and capacity by the social sciences and a crisis for the profession, Robert Manne told Australia’s largest social policy conference Monday in an opening day also featuring debates on migration and ageing.

Manne, Vice-Chancellor’s Fellow and Convenor of The Ideas & Society Program at La Trobe University, offered a sobering account of the climate change backlash in a keynote address to open the biennial Australian Social Policy Conference, hosted by the UNSW’s Social Policy Research Centre.

Though best understood as a social and cultural phenomenon, Manne said social scientists, sociologists, political scientists and psychologists had been conspicuously absent from global discussions on mankind’s response to climate change – a “seriously strange” and troubling situation.

Manne said social scientists had a responsibility to “force an entry into the global conversation on climate change” through scrutiny of the fossil fuels industry, capitalism and the ability of the current economic system to respond to the crisis.

“The social sciences once had the capacity, and I would add, the courage, to legitimate the asking of what they call big questions. It is time they did so again,” said Manne.

The Australian Social Policy Conference brings together more than 300 leading national and international researchers, practitioners and policy makers with a view to influencing debate and practice.

Their work focuses on the migration of low-skilled employees into Australia’s childcare and aged care sectors.

Professor Brennan said Australia has the largest immigrant population in the world and yet we haven’t followed the lead of countries overseas which have come up with their own solutions.

“So far there has been no proper debate about it,” she said. “And there are no easy set of solutions.

“Is it a question, for example, that Australia is facing genuine labour shortages? Or are there other things going on, for example: are employers seeking to bring in workers who will work for wages and under conditions that they’re finding it difficult to get locally-born workers to work for?”

In a separate session, UNSW doctoral candidate Yuvisthi Naidoo looked at standards of living and well-being amongst Australians over 65 and found that they fare just as well as other adults on a range of indicators – with some important caveats.

Though older Australians scored lower on physical and mental health they outranked their younger counterparts on community engagement and the quality of their neighbourhood environment.

Naidoo looked beyond disposable income to less tangible contributors such as home ownership and access to publicly funded health, education and community services.

“Older people who are non-pensioners – those who are self-funded retirees, or who still work – are better off financially, but this has flow on effects to other areas of their lives, such as their health, for example.”

She found a similarly positive outcome for those who own their home.

The Australian Social Policy Conference runs until Wednesday at UNSW.

4 lessons for the Albanese government in making its climate targets law. We can’t afford to get this wrong