One in six Australian women have experienced physical or sexual violence at the hands of a partner, and many are turned away from help, Australia’s largest social policy conference has been told. 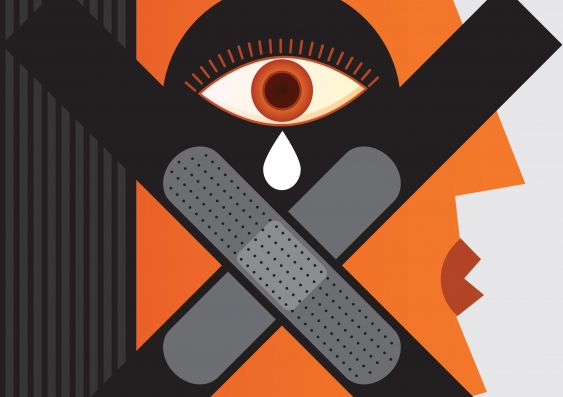 One in six Australian women have experienced physical or sexual violence at the hands of a partner, with one third of all people seeking homelessness services fleeing domestic abuse – a staggering 56% of whom are turned away – Australia’s largest social policy conference has been told.

On the conference's second day, experts were brought together for a special session on domestic violence, which UNSW’s Dr kylie valentine described as experiencing “a real policy moment in the sun” after the recent announcement of $100 million in funding from the federal government to boost frontline services and education.

But delegates heard services were fragmented and more attention was needed on economic security for women experiencing violence, initiatives to help them remain at home and a more integrated approach to service provision, including drug and alcohol treatment.

Associate Professor Jan Breckenridge, Co-Convener of the Gendered Violence Research Network at UNSW, said a significant number of women suffered domestic violence, citing data from the Australian Institute of Family Studies showing one in six had reported physical or sexual violence and one in four emotional abuse.

These numbers were likely just the tip of the iceberg, Associate Professor Breckenridge said.

“We know we’re only seeing very few statistics of people who seek help, both women and men, who actually disclose experiences of domestic violence,” said Breckenridge. “But we do know that where violence occurs, it most likely occurs in the family home.”

Breckenridge said domestic and family violence was the major reason for seeking homelessness services in one third of cases, yet 56% of those people were turned away by refuges and other accommodation that were operating at capacity.

“There are a substantial number of women who may want to leave but to all extents and purposes they’ve got nowhere to go in the immediate crisis,” she warned.

Associate Professor Breckenridge’s research is examining “safe at home” models allowing women who had experienced abuse to remain in their homes.

Dr Jane Bullen from UNSW’s Social Policy Research Centre presented her research on economic security following – and as a form of – domestic violence. She said it is a phenomena whose impacts were “profound but comparatively not well researched or understood”.

“Financial issues are a really major factor in women’s decisions about staying or leaving in relationships and economic difficulties that arise from violence do reverberate through women’s lives and increase hardship in the very long term,” said Dr Bullen.

Economic abuse was a fairly common tactic in abusive dynamics, she added, with research suggesting it accompanied physical and/or sexual aggression for around 80% of women experiencing violence, particularly at the point of separation.

It took “astonishingly diverse and malevolently inventive” forms, ranging from interference in women’s ability to work (via transport, childcare or workplace sabotage) to committing fraud in their name, spending their earnings, refusing to pay child support, stealing or accumulating debts.

Access to safe affordable housing was “the single biggest concern for women leaving violence”, Dr Bullen said, adding that 43% of all women who presented at homelessness services were fleeing some form of abuse.

Dr Jenny Chalmers from UNSW’s National Drug and Alcohol Research Centre took delegates through her research on integration of drug and alcohol services with domestic and family violence services – two very distinct silos with different world-views and ways of working.

Research had suggested significant overlap between the two fields, with harmful substance use by perpetrator and victim increasing vulnerability to domestic violence, and drugs and alcohol used as a coping mechanism by victims of violence.

But significant barriers remained on both sides, with shelters denying access to substance abuse patients, and drug and alcohol services seeing domestic violence as a low priority or safety concern.

Both sides lacked adequate staff and skills to address the complex intersection of the two issues, she said.