Ataturk's famous letter to Anzac mothers gives some comfort to those left behind but is yet another wartime myth, write Peter Stanley and David Stephens. 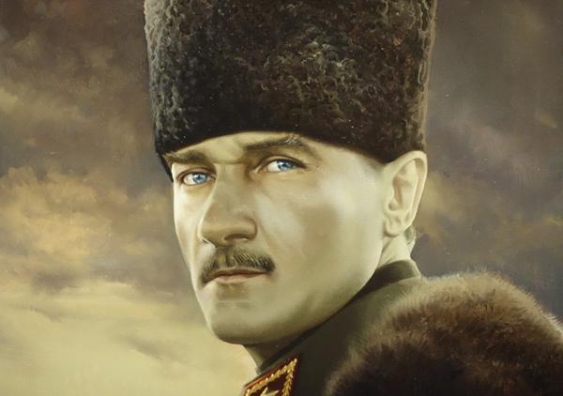 OPINION: At the end of John Ford's 1962 movie, The Man Who Shot Liberty Valance, the James Stewart character asks the journalist whether he plans to print the truth about the death of the notorious outlaw. The journalist, having heard the real story, rips up his notes and replies, "When the legend becomes fact, print the legend." This is what has happened to Mustafa Kemal Ataturk's alleged "letter to Anzac mothers" which Tim Arango of the New York Times mentions in the article republished in the Canberra Times ("Turkish camps split on Gallipoli legacy," August 9, p.18).

This is what Arango wrote: "In 1934, Ataturk famously wrote a letter to Australian mothers, saying, 'having lost their lives on this land, they have become our sons as well.'" In a long conversation with Arango I told him that was not what happened at all but he, like John Ford's penciller, has let the legend become the fact and gone ahead and printed it.

What really happened, then? Ataturk's "letter" has been widely and fondly quoted, especially in Australia in recent years. Australians visiting Gallipoli rightly find much in common with Turks, who give them a warm, generous and sincere welcome. Australians have reciprocated by quoting Ataturk's words often, but uncritically. The alleged letter appears on memorials on Gallipoli and in Anzac Parade in Canberra and is often heard at Anzac Day ceremonies. It strikes a chord in the people of both nations as a fine statement of reconciliation.

However … Ataturk's words express an admirable sentiment but they are not necessarily good history. The version of the statement that Arango linked to the online version of his article is one provided by the Turkish Embassy in Canberra. It commences with the words, "To The ANZAC's" (sic). The version on the Gallipoli and Canberra memorials, however, commences, "Those heroes that shed their blood." There is no explicit mention of Anzac in this version.

Even in the Turkish Embassy version the salutation to the Anzacs is outside the quotation marks; there is no mention of Anzac within the quotation marks. Nor is there any internal evidence in the letter that it was addressed specifically to Australian – let alone New Zealand – mothers. Professor Sevinc Ozer of Canakkale University, Turkey, in a lecture delivered last year in New Jersey, refers to the letter as being "to Anzac mothers" but she gives no authority for this.

We need to look further to unravel this mystery. The only possibly relevant reference in the Australian press in 1934 is an item in the Sydney Morning Herald of May 5, mentioning a "message of greeting" from Ataturk to the British Ambassador, Sir Percy Loraine, who hosted a dinner on the previous day for 700 "pilgrims" to Gallipoli, including "Captain Wetherell from Australia." Relations between Britain and Turkey were at a crucial point in 1934 and Sir Percy must have been relieved to get the message. (Loraine and Ataturk got on well. Loraine later claimed that Ataturk, when seriously ill in 1938, had offered Loraine the presidency of Turkey after Ataturk's death, but that is another story.)

If this "message of greeting" was the alleged letter, and it possibly was, there were clearly no Anzac mothers present. We have an Australian version of the 1934 pilgrimage, too. The British author Stanton Hope described the pilgrimage in the Sydney Morning Herald of July 7, 1934. He mentioned visiting Gallipoli and he identified Captain Wetherell as Captain Henry Wetherell, a Light Horse veteran, but said nothing about any dinner or any message or letter from Ataturk. It seems strange that Hope would not have mentioned something as remarkable as a letter from the famous Turkish president to the mothers of his former antagonists.

There is another version still. A 1978 book in Turkish by Ulug Igdemir says Ataturk dashed off a speech for delivery by one of his ministers, Sukru Kaya, at Gallipoli in 1934. Ataturk had instructed Kaya to praise the Turkish martyrs of the Dardanelles campaign but also to honour the invaders. When Kaya balked at this, Ataturk wrote the words for him. They are the words that have come down to us.

Hope refers to a Turkish delegation, led by the Governor of Chanak, offering tributes at Lone Pine and at the New Zealand memorial at Chunuk Bair. It seems reasonable to assume that Kaya was part of this delegation. If he added some garnish about Anzac mothers as he read Ataturk's words, then we have no evidence of it.

Ataturk's words offered a gesture of reconciliation that made possible the friendship between the British Empire (as it was then), including Australia, and Turkey. They need no icing about Anzac mothers to sweeten them.

The story of Ataturk's alleged letter is typical of the myths generated by war. Another such myth is the inscription on "the King's Penny," the medallion sent by an apparently grateful King George V to the families bereaved in World War I: "He died for freedom and honour." Such myths may give some comfort to those left behind when soldiers are killed. We should not mistake them for history. Legends are best left to cowboy movies.

Professor Peter Stanley of UNSW Canberra is president of Honest History and David Stephens is secretary. The views in this article are not necessarily those of all supporters of Honest History.

This article first appeared in the Faifax Media.