Opinion Australia’s asylum policy has been a disaster. It’s disturbing the UK wants to adopt it

The mounting urgency about asylum seekers trying to reach the UK by boat does not sweep aside the need for reasoned and rational policymaking. 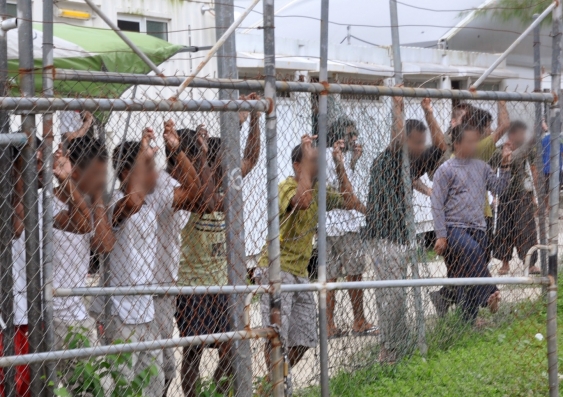 Late last month, at least 27 people drowned after their inflatable dinghy capsized while trying to cross the English Channel to the UK. The International Organization for Migration has called it the biggest single loss of life in the channel since data collection began in 2014.

While British Prime Minister Boris Johnson said he was “shocked and appalled and deeply saddened” by the tragedy, it will no doubt spur on efforts to rush through the country’s much-maligned Nationality and Borders Bill.

This bill, which is being debated in the UK parliament again this week, seeks among other things to “deter illegal entry into the United Kingdom”.

The sense of urgency mounting around this issue does not sweep aside the need for reasoned and rational policymaking. In Australia, we have seen the damage caused by hurried and ill-conceived asylum policies. It is deeply disturbing to see the UK barrel down the same path. 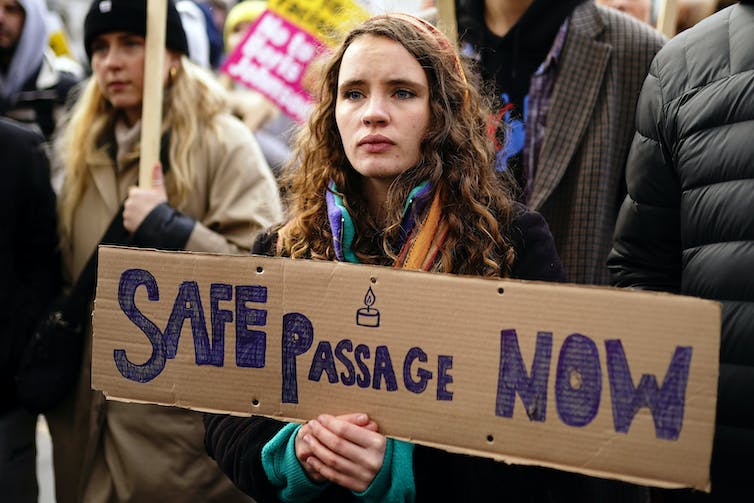 Protesters outside Downing Street in London calling on the government to scrap the Nationalities and Borders Bill. Aaron Chown/PA

Much of the UK’s proposed “solution” to channel crossings borrows from Australia’s efforts to “stop the boats” and deter people in need of protection from seeking (or finding) it here.

The UK proposal to “offshore” asylum seekers by sending them to Albania or some other country is modelled on Australia’s experience sending asylum seekers to the Pacific nations of Nauru and Papua New Guinea.

A group of Conservative MPs, including David Davis, have rightly challenged the humanity, feasibility and cost of the UK adopting Australian-style offshore processing. They have tabled an amendment that would see offshore processing struck from the bill.

However, some other MPs have been led to believe the Australian model of offshore processing is “the best way to control illegal immigration” and “the single most important step any sovereign nation can take in protecting its own borders against illegal immigration”.

One MP claimed that when offshore processing was introduced in Australia, the number of asylum seekers arriving by boat “fell off a cliff straightaway”.

Many of us watch these developments from afar with bewilderment. The UK government appears to be taking at face value claims by the Australian government that offshore processing was a success in stopping boat arrivals.

These claims do not stack up to scrutiny. They belie the government’s own data and are not supported by any independent source. 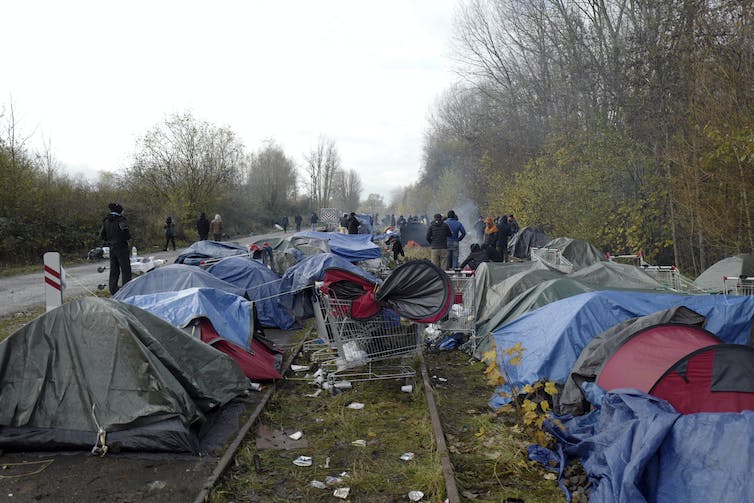 A makeshift migrant camp in Calais, France, across the English Channel from the UK. Rafael Yaghobzadeh/AP

In September, George Brandis, the Australian high commissioner to the UK, gave what we believe to be inaccurate and misleading evidence about offshore processing to the UK parliamentary committee tasked with considering the bill.

My colleagues at the Kaldor Centre for International Refugee Law and I submitted to parliament a point-by-point rebuttal to this evidence, addressing just some of the errors and misrepresentations.

One of the most serious issues was the conflation of two very different policies – boat turnbacks and the offshore processing system.

“Offshore processing” involved sending asylum seekers from Australia to Nauru and PNG to have their claims processed there. Australia stopped transferring new arrivals offshore in 2014.

By contrast, the policy of boat turnbacks is ongoing, and has largely achieved its goal of deterring the arrival of people by sea. Since late 2013, the policy has involved intercepting asylum seekers at sea and sending them straight back to their countries of departure, without allowing them to apply for asylum. The humanitarian consequences of the turnback policy can be dire, especially for those returned to persecution and serious human rights abuses. It is also contrary to international law.

Brandis wrongly claimed that offshore processing and boat turnbacks were introduced at the same time. This gave the false impression that they are inseparable elements of a single approach to boat arrivals, the effectiveness of which can only be assessed holistically.

In fact, offshore processing was introduced in August 2012, a full year before boat turnbacks. During that year, boat arrivals continued to increase. In fact, more asylum seekers arrived in Australia by sea than at any other time in history.

Indeed, just three months after the offshore processing policy was announced, the government was already forced to admit that more people had arrived by boat than could ever be accommodated offshore.

The fact that offshore processing did not stop people travelling by boat to Australia should be sufficient to put an end to debate in the UK. But there are other reasons this Australian “model” should not be adopted elsewhere.

First, extreme cruelty is an inherent and unavoidable part of the system.

The UN High Commissioner for Refugees and Médecins Sans Frontières have found the rates of mental illness of asylum seekers and refugees in Nauru and PNG to be among the highest recorded in any surveyed population, and some of the worst they had ever encountered.

Paediatricians reported children transferred to Nauru were among the most traumatised they had ever seen.

In fact, the Australian government was eventually forced to evacuate all families back to Australia when previously healthy children developed a rare psychiatric condition known as traumatic withdrawal syndrome, or “resignation syndrome”. In the most serious stage of this condition, children enter an unconscious or comatose state.

No liberal democracy should entertain the possibility of inflicting such cruelty and suffering on human beings, let alone do it.

The Australian experience also shows that it is extraordinarily expensive to implement offshore processing.

Costs continue to mount with each passing year, with the policy expected to cost more than A$800 million (£424 million) in the financial year 2021-22, despite there being less than 230 people left offshore. The cost to hold a single person offshore on Nauru is now believed to have risen to A$4.3 million (£2.28 million) each year.

The UK government will need to account to taxpayers for billions of pounds spent on a policy that likely will not achieve its stated aims.

The UK is also hanging its hat on a policy that may be ruled unlawful and never get off the ground.

In Australia, offshore processing has faced a constant barrage of legal challenges, many of which have forced the government to alter its policies or pay out large sums in damages.

In the UK, where human rights law limits government power, the legal obstacles will be even bigger.

The prospect of sending asylum seekers “offshore” might sound like a convenient solution in theory. But the reality of this policy in Australia has proven it to be difficult, ineffective, expensive, cruel and controversial.