Warnings from almost 40 years ago about the perils of detaining asylum seekers have proved prescient, writes Claire Higgins. 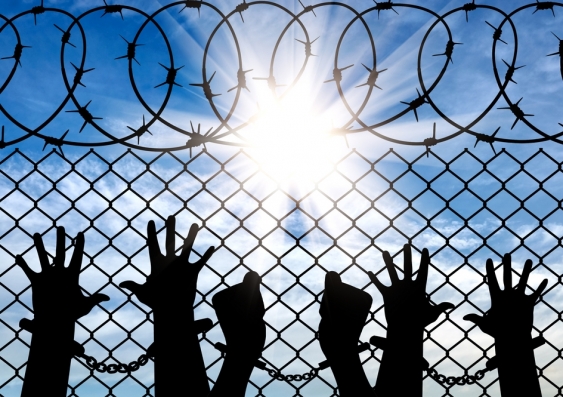 OPINION: Shutting down the Manus Island detention centre by 31 October, Immigration Minister Peter Dutton has said, will represent "the closure of a sad chapter". Much remains unclear about this planned closure, but the eventual failure of offshore detention was clearly foreseen by the Immigration Department – not in 2012, when Manus and Nauru were re-opened, nor even in 1992, when mandatory detention became law. The failure was predicted at the very beginning, when asylum seekers were sailing to Australia in sustained numbers for the first time.

In 1978, when responding to Vietnamese boat arrivals, the then-Department of Immigration and Ethnic Affairs Secretary Lou Engledow concluded that a detention facility would create "a political problem", and "will not stop boat arrival nor will it produce in itself a final answer".

These conclusions were prescient. As Australians and the international community are now aware, the 'final answer' of offshore detention has involved death, allegations of serious abuse, and the documented distress of hundreds of vulnerable people.

Guy Goodwin-Gill from UNSW Sydney has argued that by banning refugees held offshore from resettling in Australia, the government has backed itself into a corner. This too was foreseen. In the late 1970s the Department of Immigration and Ethnic Affairs recognised that "there is no practicable way we can expect other countries to resettle people from camps in Australia". The Department made a further observation that seems prescient in light of the harshness and securitisation of Australia's multi-billion-dollar detention system today: "There is no practicable way," Secretary Engledow said, "of forcing people to live in such camps indefinitely, without a tremendous guard apparatus."

After four years of secrecy, leaks and belated admissions have revealed doubts at the highest level about the offshore detention policy. Former Prime Minister Kevin Rudd, who in 2013 announced that refugees held offshore would never be resettled in Australia, has now said the system was only supposed to last one year. Current Prime Minister Malcolm Turnbull assured US President Donald Trump in January's now-infamous phone call that the US-Australia resettlement deal is about image, not reality. Liberal MP Russell Broadbent has publicly voiced his discomfort with offshore detention, and called for his government to resolve the fate of those held on Manus and Nauru.

Detention was once considered abhorrent by Australians. When Vietnamese asylum seekers were sailing into Darwin harbour in the late 1970s, newspaper editorials advised against holding people "behind wire fences patrolled by guards". Mandatory detention was instituted in 1992 – since then, studies have suggested that this policy may have contributed to adverse public opinion on asylum seekers. By removing vulnerable individuals from our communities, these people appear in the media as a homogenous and distant group, diminishing public empathy for their plight. Furthermore, studies have shown that detention can foster an impression that the detained person has done something wrong or poses a threat to the community, an image further strengthened by references to asylum seekers as 'illegal entrants' in contemporary political debate.

He described both detention and the idea of turning back boats as 'a challenge to our humanity'.

Australia once took an alternative approach to asylum seekers, one that involved compassionate and humane reception procedures. Newly unearthed notes from UNHCR observers in the late 1970s reveal how Australian authorities brought refugee boats into harbour, sharing food and other supplies with the new arrivals. At the local quarantine station, asylum seekers could cook their own meals and assist in running the facility, which UNHCR said was "a psychological benefit" after "a long sea voyage". The UN refugee agency noted high quality medical treatment was available to each asylum seeker, and that staff showed "a high degree of compassion, interest and preparedness to help which are clearly of benefit to those arriving in a new environment".

Given what is known today about the detrimental outcomes of detention, Secretary Engledow's assessment of the long-term consequences was realistic and perceptive. He described both detention and the idea of turning back boats as "a challenge to our humanity".

That challenge continues, as despite the planned closure of the detention centre on Manus, the fate of those men held there has not been resolved, a fact PNG's Attorney-General Davis Steven has recently reinforced to the Australian government. This "sad chapter" is not over yet. But it is a chapter in Australian history that should never have begun.

Dr Claire Higgins is a Senior Research Associate at the Kaldor Centre for International Refugee Law. Her new book, Asylum By Boat: Origins of Australia's refugee policy (NewSouth), has just been published.

This article was originally published on The Interpreter.