As our major trading partners expand their legal procurement-linked industry policies, Australia is swimming against the tide by voluntarily abandoning its own, writes Elizabeth Thurbon. 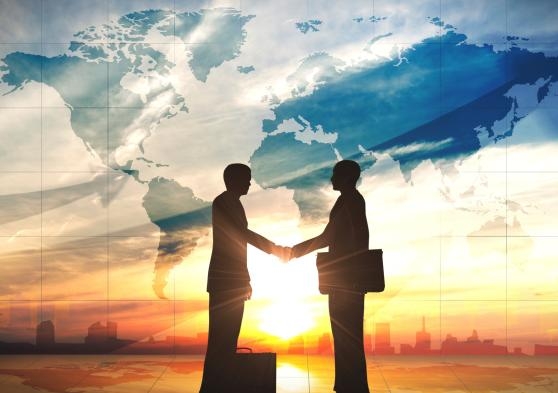 OPINION: While government procurement is one of the least studied aspects of the international trade regime, it’s also one of the most controversial.

It’s controversial because historically, many governments have sought to use their purchasing power to advance national goals, like local industry development. They have done so in a variety of ways. In the US for example, the government has long reserved public contracts under a certain value for small American firms.

In Australia, the government has preferred to make it compulsory for large foreign firms winning public contracts to source from local suppliers, or to transfer technology to local companies. With the value of government procurement accounting for between 15-20% of Gross Domestic Product in most OECD countries, strategic public purchasing is widely viewed as a powerful industry policy instrument.

Not surprisingly then, many governments remain reluctant to sign up to international agreements that require them to open their procurement markets to foreign firms, and to abandon local content and technology transfer requirements.

Since entering into force in 1996, the WTO Government Procurement Agreement has been a plurilateral (optional) deal. Many WTO members are still not signed up - including Australia. Australian policymakers chose not to sign in 1996 because they believed the agreement would undermine their ability to use public purchasing strategically without delivering meaningful market access to foreign government procurement markets.

Government procurement in the Australia-US FTA

The Howard government’s decision to include government procurement in the AUSFTA in 2004 marked a significant break with past policy, and met substantial local criticism. Critics’ main concern related to the lopsidedness of deal. The AUSFTA allowed the US to maintain the kinds of procurement-linked development policies that it has long preferred – including its small business set-asides program. On the other hand, it outlawed the kinds of industry policies upon which Australia long relied, like placing conditions on foreign firms winning Australian government contracts.

The AUSFTA also introduced an appeals mechanism for foreign firms failing to win government contracts. This gave those firms the right to ask the government to explain why their bid had failed, and to challenge the government’s decision in court if they were unhappy with the response. Critics feared this would render risk averse Australian bureaucrats even more reluctant to award contracts to local firms, out of fear of legal challenge. This would further entrench the Australian government’s existing bias towards procuring from large foreign firms – while leaving it no scope to impose conditions on those firms.

It was further feared the agreement would do little to improve access to the US government procurement market for Australian exporters. This is because the agreement would allow the US to keep its small-business set-asides program in place. Australian exporters – typically smaller firms – would therefore not be allowed to bid for the US government contracts most suited to their capacities.

Were these fears founded? In a 2009 survey of Australian exporters conducted by the Australian Industry Group, 87% of firms reported little or no improvement in their access to US government contracts under the AUSFTA.

Our trade agreements do not rule out strategic public purchasing

This belief is unfounded. Australia’s trade agreements do outlaw some procurement-linked development policies, like placing local content requirements on foreign firms. Yet they leave plenty of legal scope for the government to actively support small local firms with their purchasing power.

For example, both the AUSFTA and the Korea-Australia FTA explicitly exempt small business promotion policies from the government procurement aspects of their deals. And significantly, since signing these agreements with Australia, the US and Korea have been stepping up their own strategic public purchasing efforts in order to support their local firms.

Korea has been particularly active. Since 2005 the Korean government has been evaluating and certifying particular products produced by small Korean firms, and mandating their purchase by government agencies. Agencies that don’t purchase these local products are asked to explain why at an annual review. To overcome the problem of risk aversion, the Korean government also insures the products it certifies, indemnifying losses incurred by procuring agencies if the local product that they purchase fails.

The result has been a significant increase in the public procurement of products made by small local firms. Thanks to such policies, around 65% of Korean SMEs now engage with their local government procurement market, three times more than in the US and around double that of France.

The contrast with the Australian approach could not be stronger. Since coming to power in 2013, the Abbott government has been voluntarily abandoning its FTA-compliant, procurement-linked industry policies. In the 2014 budget, it proposed to dump the long-awaited federal pilot of the US-style Small Business Innovation Research program – a program strongly recommended for trial in the 2008 Cutler innovation system review.

It also proposed to dump mandatory Australian Industry Participation Plans, which require firms winning large government contracts to show they have at least explored and considered the use of smaller local suppliers.

As a result of such changes, Australia is now swimming against the international tide, voluntarily abandoning its legal procurement-linked industry policies, while our major trading partners are expanding them. Our trade obligations leave policymakers plenty of room to move. It’s the political will to move that is lacking.

This article draws on research prepared for the 2014 Workshop “Ten Years since the Australia-US Free Trade Agreement: Where to for Australia’s Trade Policy?” Sponsored by the Academy of the Social Sciences in Australia and Faculty of Arts and Social Sciences, UNSW Australia.