Washington's foray into the South China Sea signals it will no longer be a passive ­observer of China’s acquisitive ­maritime ­strategy, writes Alan Dupont. 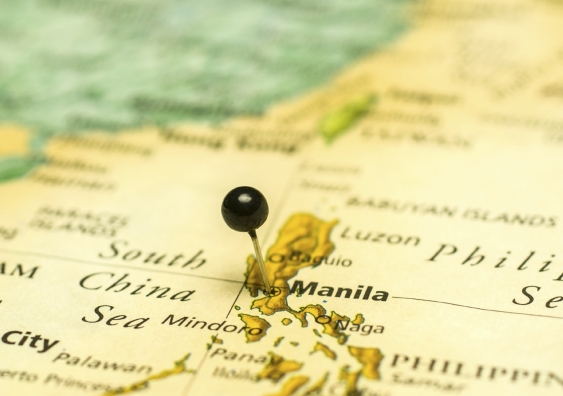 OPINION: Washington’s decision to sail a guided missile destroyer within 12 nautical miles of Subi Reef in the South China Sea to support ­freedom of navigation on the high seas unambiguously signals the US will no longer be a passive ­observer of China’s acquisitive ­maritime ­strategy, which has seen it occupy seven disputed coral reefs and turn them into ­artificial islands.

However, instead of welcoming the US freedom of navigation operation as a measured and appropriate assertion of a longstanding principle of international maritime law, Australian critics, astonishingly, have condemned the US action as a provocation, ­arguing that the South China Sea dispute has nothing to do with Australia; that the Turnbull government should not have publicly supported the US action; and that our trade with China could be jeopardised if we side with the US.

An editorial in The West ­Australian on November 5 is representative. Impugning the legitimacy of the US action as “a so-called” freedom of navigation exercise, the newspaper proclaims “the US should not be blatantly provocative”: “We should not follow the provocative actions of the US. This has nothing to do with Australia. Our relationship with China should be about trade … Australia should stay out of this issue.”

Such views are wrong on all counts and their holders betray a worrying naivety about the history and gravity of the dispute and its relevance for Australia.

First, China does not own the small, mostly submerged reefs it has occupied and fort­­­ified during the past two years. ­Sovereignty over these maritime features is hotly contested, not by the US but by Taiwan, Vietnam, The Philippines, Malaysia and Brunei. Their claims are of varying strength and credibility. But China’s is arguably the ­weakest ­because most of the islands it claims, particularly those in the Spratlys, are far closer to the Southeast Asian claimants than China.

Second, putting aside the legal merits of each country’s position, China has distinguished itself by resisting any attempt to resolve these disputes through negotiation or arbitration. It refuses to recognise the existence, let alone the validity, of the competing claims. Nor has it been willing to define precisely the limits of its territorial ambitions. These appear to extend as far south as Indonesia’s Natuna Islands and incorporate 90 per cent of the South China Sea, now the world’s most important sea and an artery for Australian and regional trade.

Third, if any country has been provocative, it is China, not the Southeast Asian claimants and certainly not the US, which is entirely within its rights to assert freedom of navigation in waters that do not belong to China.

Fourth, freedom of navigation is a central and well-established tenet of the rules-based international order that Australia rightfully supports. If it is not maintained in the face of China’s challenge then the alternative is a disordered world of no rules, where might is right and coercive power replaces international law.

Fifth, critics need to consider the strongarm tactics China has used and ask themselves whether they should be condoned or condemned. Since 2011, China has methodically and deliberately encroached into disputed waters with its fishing fleets, the largest in the world, supported by a formidable and highly capable coastguard that now numbers nearly 200 ships — more than the combined coastguards of all its Asian neighbours and the 55 vessels of the US 7th Fleet.

Beijing maintains, disingenuously, that its coastguard is merely protecting the fishing fleet. In fact the coastguard, and much of the fishing fleet itself, is increasingly used for strategic purposes to pressure other claimants, prevent them from fishing in their traditional waters and to reinforce China’s territorial claims.

There is evidence China has taken a leaf out of Russia’s hybrid war tactics used so effectively in Ukraine. Instead of “little green men” — a tongue-in-cheek reference to Russian regulars fighting anonymously as separatists in green uniforms without identifying insignia — China has deployed “little blue men” in some of its fishing boats. These are ostensibly fishers. In reality they are members of a trained paramilitary force that reports to the Chinese navy.

There is little doubt these tactics have been sanctioned at the highest levels in Beijing, which tells us much about China’s dismissive attitude towards the rights of smaller, less powerful countries and its willingness to use coercive power to have its way. What it wants is to dominate the western Pacific, push the US back to the central and eastern Pacific, and enforce a new set of rules that would transform the South China Sea from a maritime commons into a Chinese sea, in fact as well as name.

To argue none of this has anything to do with Australia beggars belief. As Defence Minister Marise Payne observes, 60 per cent of our exports pass through the South China Sea, which is our maritime back yard as well as our Southeast Asian neighbours’, most of whom are quietly cheering the US action from the sidelines. Do we want Beijing to determine where our navy can sail and our air force can fly? If the Chinese are successful that will be the outcome.

No one is suggesting China would arbitrarily disrupt the seaborne trade that is critical to its own economy. But foreign shipping may be able to use their customary sea routes only at China’s pleasure. And the same would apply to foreign aircraft if China uses its island occupation to impose an air defence identification zone, as it has done in the East China Sea. These are issues of the utmost gravity for Australia and we should not shy away from reaffirming the principles and practices that have long underpinned our defence and foreign policies.