A new McKell Institute report shows Australia is being left behind by other developed nations that treat childcare as a vital early education opportunity, and not simply ‘babysitting’ for mothers returning to the workforce. 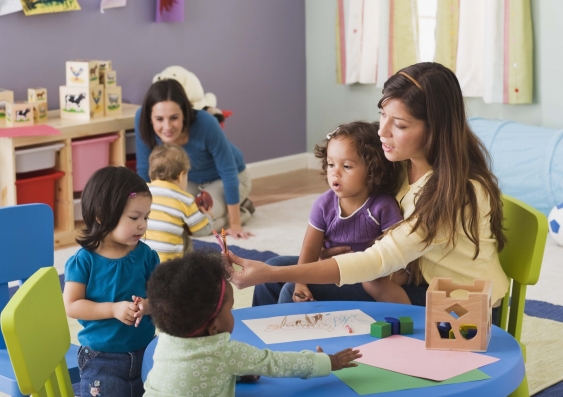 A new McKell Institute report shows Australia is being left behind by other developed nations that treat childcare as a vital early childhood education opportunity for all, and not simply ‘babysitting’ for mothers returning to the workforce.

In 2013 UNSW’s Professor Brennan authored the Brennan Report, which was launched and supported by the NSW Coalition Government, resulting in a $20 million injection into the state’s preschools. The new McKell Institute report argues the Federal Coalition Government’s policy, which focuses on providing extra subsidies to mothers who go back to work at the expense of parental leave and family tax benefits, is pulling the wrong reins.

“The Abbott Government’s childcare package reflects a philosophy that is decades out of date,” said Professor Brennan, who is based at UNSW’s Social Policy Research Centre.

“All over the developed world, a revolution has occurred in the way childcare services are viewed: From mere child minding, to vital early childhood education. Yet somehow Australia missed the memo.

“The government’s new policy treats childcare as a regrettable necessity, required mainly to get women back into the workforce. Globally, however, early childhood education and care is seen as critical not just in promoting workforce participation, but in creating foundations for learning. It’s seen as a means of boosting the capacity of the rising generation to contribute to national prosperity, and creating happy lives for the children of today.

“The UK, to take just one example, has dramatically accelerated its reform of childcare since the 1990s. Fifteen hours of free early childhood education a week is now available to all three- and four-year-old children, and to the most disadvantaged 40 per cent of two-year-olds. The UK has political consensus about this policy, and eligibility has been extended under both Labour and Conservative administrations.”

“I think most Australians would be shocked to learn our government spends just half as much as New Zealand on childcare and preschool, as a percentage of GDP,” Mr Crosby said.

“In fact Australia actually spends less on childcare and preschool, as a percentage of GDP, than New Zealand did way back in 1998. That alone should give an indication of just how behind the times we are. Like the UK, New Zealand has recognised the importance of universal early childhood education and offers 20 hours a week of free early childhood education for all three-and-four-year-olds.

“Australia needs to take a more holistic approach on early childhood education opportunities. Such measures would help position Australia as a prosperous, productive and happy society into the future.”