While the US is critical of Australia's recent cuts to defence spending, what matters is not how much you spend, but how and where you spend it, argues Alan Stephens. 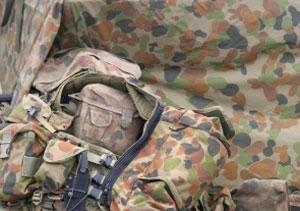 OPINION: It's not America's business how much we decide to spend.

Australia's 2012-13 federal budget was released in May, and among other things flagged a reduction in defence spending from the equivalent of 1.8 per cent of GDP the previous year to 1.56 per cent, the smallest ratio for some 70 years.

The defence allocation has since been criticised by a range of senior serving and former US officials, including the commander of Pacific Command, Admiral Samuel Lockyear, and the second Bush administration's deputy secretary of state, Richard Armitage. Lockyear stated that Australia's defence spending had fallen below the level the US expected of its allies, while Armitage called the new allocation ''inadequate'' and accused Australia of wanting a ''free ride'' on the US.

Australians who would prefer a more independent national posture might think that how much we choose to spend on defence is no one else's business. They might also think it presumptuous for US officials to define Australian defence policy solely in terms of its worth to the (American) alliance. Neither Lockyear nor Armitage chose to acknowledge that Australia has spent in the order of $1.3 billion a year for the past 10 years, for little apparent gain, supporting the US's ill-considered and badly-run invasion of Afghanistan. And it is not possible to place a cost on the deaths of the 33 Australian soldiers who have been killed on operations there. Nor did the two American officials mention that the US's major ally in the Pacific, Japan, spends only 1 per cent of its GDP on national defence.

The fact is, like many statistics, GDP ratios are no more than a useful guide to what's actually happening, and to the true value of various government-funded activities.

Budget cuts notwithstanding, Australia will still outlay some $27 billion on defence in each of the next five or so years, a very large amount that ranks in the top dozen in the world in terms of gross defence expenditure. If directed carefully and sensibly towards the key capabilities the Australian Defence Force needs to control and to protect in our region - as opposed to making largely token contributions to reckless adventures on the other side of the world - it will be more than adequate.

Those key capabilities are high-quality people; and the weapons systems needed for sea and air control, and for ISR (Intelligence-Surveillance-Reconnaissance). In that context, it is noteworthy that the ADF already has the most powerful maritime - air and sea - capabilities in south-east Asia; and that that dominance will not be challenged for the next decade at least. Australia's military network of information systems, command and control centres, very long-range radars, strike/fighter aircraft, early warning aircraft, aerial tankers, submarines, air warfare destroyers, advanced weapons and, most importantly, highly-capable and well-educated people, is unique in the region. It is regularly cited by leading defence commentators as a world-class model to emulate.

There are still issues associated with the eventual shape of the navy's submarine force (studies to replace the Collins class boats are under way), and with the air force's strike/fighter fleet (some uncertainty surrounds the future of the preferred F-35 Joint Strike Fighter). There should be no doubt, however, that regardless of the platforms selected they will continue to be the best in the region, and that an annual budget of $27 billion will be more than ample to buy enough of both. The global economy remains extremely fragile and there is no reason for any country to feel complacent. Still, it is a truism that everything is relative.

According to the OECD, Australia's economy is one of the most resilient in the world, with a comparatively strong growth rate and a low public debt to GDP ratio. By contrast, the US remains in a ''debt crisis'', with publicly held debt likely to reach 70 per cent of GDP by September.

Coincidentally, like Australia's current defence spending percentage, the US has not experienced those kinds of numbers for 70 years.

In the past decade, US politicians have managed to turn the budget surplus of the final Clinton years into a disturbingly large deficit. A major factor has been the $1.4 trillion squandered on the invasions of Iraq and Afghanistan. And the bills for those disastrous wars of choice have only just started to come in.

According to a recent edition of The Economist, by 2014 the US Department of Defence's annual bill for ex-servicemen's pay and benefits will exceed that for the active force, and by 2038 it will ''absorb the entire defence budget''.

In short, it's not necessarily how much you spend on defence, but how and where you spend it. More attention to events at home and less gratuitous advice might be in order within the alliance.

Dr Alan Stephens is a visiting fellow in the School of Humanities and Social Sciences at UNSW Canberra.

This opinion piece first appeared in the Canberra Times