A new book tells the story of the offices and frontline staff who work with Australia’s most disadvantaged job seekers. 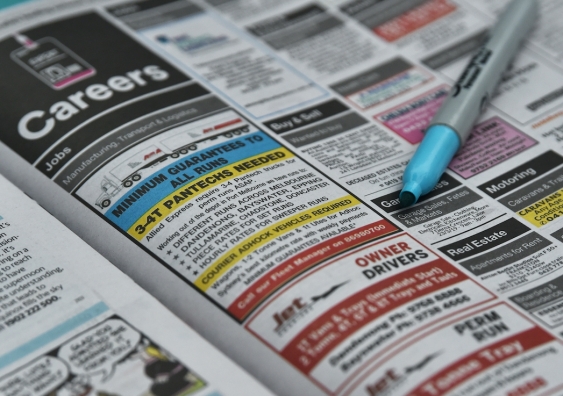 Former NSW minister Pru Goward wrote a column in the Australian Financial Review last week about Australia’s “underclass,” who she says are lazy, dysfunctional and don’t like the “discipline” of work.

This was condemned by anti-poverty advocates as disturbing, but it was not terribly surprising. Australia has a long history of stigmatising those without work.

The idea that unemployed people are work-shy is also conveyed in one of Prime Minister Scott Morrison’s catchphrases: “the best form of welfare is a job”. But this is not always a straightforward proposition.

In our upcoming book, Buying and Selling the Poor, we tell the story of the offices and frontline staff who work with the most vulnerable job seekers.

We wanted to find out why some employment agencies do better at helping very disadvantaged people find jobs, given that the welfare-to-work system has such a high failure rate when it comes to the long-term unemployed.

Australia has the world’s only fully privatised welfare-to-work system. It is a multibillion dollar industry, involving about 40 private agencies who help job seekers become “job ready” through training and face-to-face meetings with case managers. 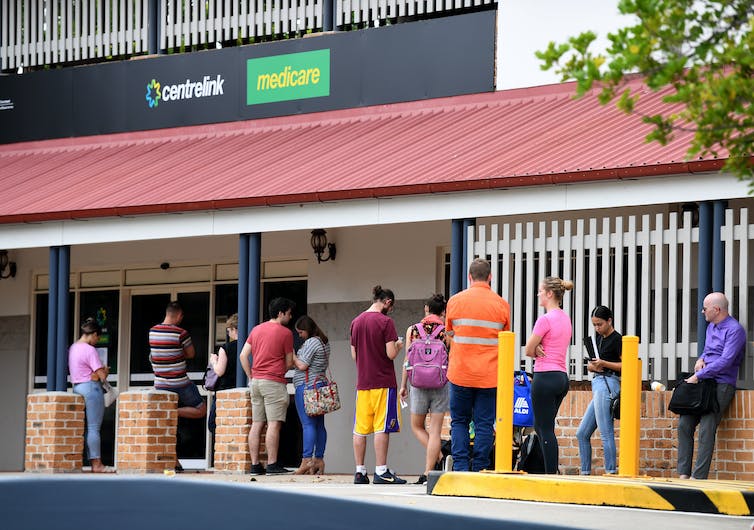 To receive unemployment payments, you must be also be looking for work. Photo: Dan Peled/AAP

The system has a reputation for being efficient – a 2019 parliamentary report noted there had been more than one million job placements since mid-2015. Indeed, most of those on JobSeeker (unemployment) payments are only temporarily out of work due to factors like layoffs, economic downturns in their industry, or the nature of casual work.

But there are also hundreds of thousands of Australians for whom unemployment lasts years. These are people who may not have worked for a long time because of caring responsibilities, disability or illness. Others may have limited education or complex issues such as addiction or homelessness.

Our research was based on four job services agencies that were “high performing” in terms of getting long-term unemployed people into work. This included one in suburban Melbourne, one in outer Melbourne, another in Melbourne’s inner-city and a fourth in regional NSW.

All four offices were among the top job services in Victoria and NSW based on the proportion of clients they had placing into jobs lasting 26 weeks or more in the year before our study (according to government data).

Over 18 months from late 2016 to early 2018, we sat in these offices, watching and documenting all interactions for days at a time. We interviewed agency staff and followed the fate of about 100 disadvantaged clients (namely, job seekers who had been assessed by Centrelink as being least “job ready” and so needing the most employment support).

Our study showed there is no singular underlying formula to help the most disadvantaged job seekers.

Some offices displayed high levels of team work (with colleagues actively helping each other with clients), while others were more skilled at connecting with employers and took advantage of being close to centres of light industry and a good supply of suitable jobs.

But, taken as a whole, the picture was one of relatively marginal returns. The difference between being an “average” and an “outstanding” provider of services to highly disadvantaged job seekers (based on government performance data) may be as low as placing one or two additional people a into a job that they hold for 26 weeks.

Problems right from the start

When people first claim JobSeeker payments, Centrelink organises them into one of three service streams: A (most “job ready”), B or C (“hardest to help”). Stream C accounts for around 16% of job services’ caseload and about 44% of this group have been clients with employment services for more than five years.

This categorisation is important - it determines the level of support (such as funding for training) a job seeker is eligible for. Providers also earn more for helping clients into work if they are in Stream C. 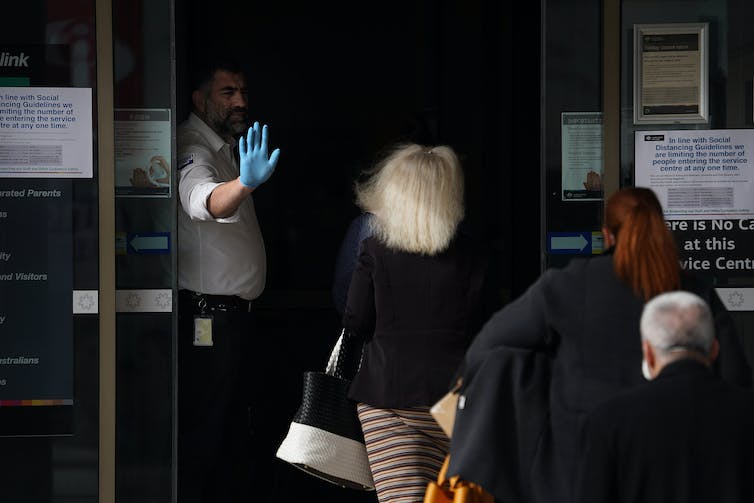 Job services can easily get bogged down in paperwork. Photo: Stefan Postles/AAP

Our work confirmed previous research, such as that of the Refugee Council of Australia – the tool used to classify job seekers is not an accurate measure of the real conditions for these clients.

This is because job seekers are often reluctant to disclose deeply personal issues such as domestic violence or criminal records to strangers at Centrelink. As a result, job services then invest considerable energy having job seekers reclassified, or “up-streamed,” from an A to a B or C.

This involves sending clients back to Centrelink for reassessment, which can take months and months. So there is less time spent connecting with people’s needs and more time doing administration.

We also encountered a system staffed by people with little specialist skills and job security.

When job services were privatised 30 years ago, many frontline staff came from a professional or social work background. Today, it is predominantly staffed by those without tertiary qualifications. Case workers are former hairdressers, bakers, flight attendants, hospitality workers and carpenters. Some have been long-term unemployed themselves.

Some of the staff specifically told us their job is not to help solve job seekers’ personal problems and crises (they are not “counsellors”).

The pay is low, the work can be stressful, with pressure to hit targets and little time to connect with people and the turnover is high. This inevitably means those who really need help are not necessarily receiving a specialist service.

We also saw repeated examples of staff doing everything they could to make sure the system was not too brutal or indifferent to vulnerable people.

While the computer-driven system prompts staff to penalise (which may result in docked payments) jobs seekers for misdemeanours as small as arriving late to appointments, we saw staff exercising compassion and finding ways around this.

We saw staff who knew all the agencies’ clients by name and who worked as a team. If an employer had multiple vacancies, staff would place any and all “job-ready” job seekers into the position, regardless of who their official case manager was.

A human heart still beats within the system.

From mid-next year, right as the labour market tries to recover from COVID-19, a radical change is coming.

Welfare-to-work will be done primarily online, with an app for case management. If this does not result in a job within 18 months, the job seeker – then classified as long-term unemployed – will likely be moved into a face-to-face system. 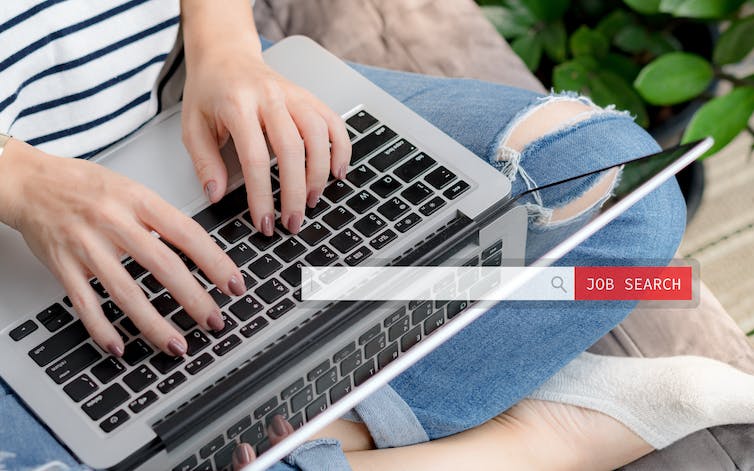 The government says more money will be invested into programs for young people and skills training. But welfare advocates warn the old problems of “too little help and too much policing” will just be replicated in the new system. Moreover, what this digitisation will mean for vulnerable job seekers (particularly those who don’t have good computer skills or up-to-date technology) is yet to play out.

Our study’s overall conclusion is the current system does not work for the most disadvantaged clients. The approach to helping people into work is transactional – even at the best of agencies.

Whether a job is indeed the best form of welfare or not, this is far from easy to achieve for some Australians, even with the “assistance” of face-to-face employment services.