Baby boomers have become a convenient scapegoat for our social and economic ills. But this intergenerational narrative is neither true nor helpful, writes Myra Hamilton. 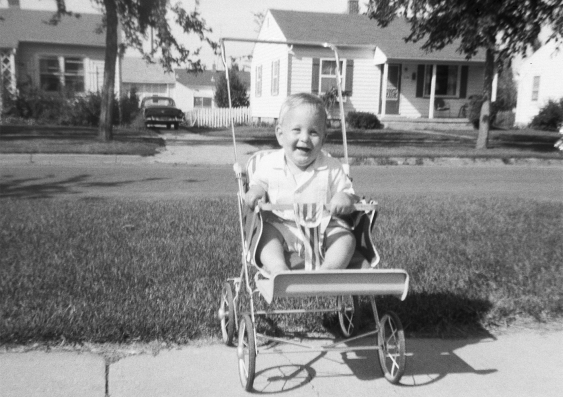 OPINION: Many of Australia's young people are doing it tough. It is getting harder for them to find secure work and enter the housing market, with implications for their wellbeing. Young people will feel the social, economic and environmental legacies of today's political and policy decisions most strongly.

This is regularly framed as a battle between baby boomers and Generation Y in which baby boomers – who are said to have reaped the benefits of a golden era of free education, cheap housing, and secure work – are now drawing on their cultural and political power to protect their own wealth and influence and destroy opportunities for younger generations. According to Deloitte Access Economics' Chris Richardson, baby boomers are "eating" young people's future.

The baby boomers have become a convenient scapegoat for our social and economic ills. The list is long. We are told that Sydney's new lockout laws in Kings Cross represent the final piece in the "now complete" "baby boomer supremacy" over Australian cultural life. Even the overuse of plastic bags has come about because baby boomers created a "spoilt society".

Whatever social ill you care to choose, someone will blame the baby boomers. But this intergenerational narrative is neither true nor helpful.

In each generation, there are those who do well and those who struggle.

Baby boomers and Gen Y have each experienced advantages and challenges specific to their times. Many baby boomers enjoyed lower housing costs and a more secure labour market.  A small minority benefited from free higher education.

The fact is that not all baby boomers have had a charmed life. Some have struggled and some have done just OK. Like young people today, many contend with rising rents and house prices and an increasingly precarious workplace. Mature age jobseekers are twice as likely as young jobseekers to be unemployed for longer than 52 weeks.

Nor did all baby boomers benefit from superannuation tax concessions. Many baby boomers, especially women, have very low retirement savings. Nearly two-thirds of retired baby boomers aged over 65 rely on a government pension as their main source of income.

The majority of super concessions accrue to the top 20 per cent of income earners. It is the wealthy – young and old – who have the greatest interest in protecting super tax concessions. In fact, wealthy young people have more to gain from super concessions than baby boomers do because they have many more years to benefit from them. Remember, compulsory super was only introduced in 1992, when baby boomers were in their 30s and 40s.

Beneath the rhetorically attractive "generation wars" lies the more enduring contest of the "poverty wars", and the persistent income inequalities that cross generations.

It's true that it is hard for many young people today. It is also true that some current policy arrangements disproportionately benefit older people. And some, but not all, baby boomers had access to things that young people don't have access to today.

But to say that the generation of baby boomers is at fault for the trying conditions facing many young people – as if young people are suffering because of the deliberate attempts by baby boomers to protect their own interests at the expense of the young – is a lazy if convenient myth.

Baby boomers who enjoyed the benefits of free education and secure work may want these things for their children all the more.

The two generations may misunderstand each other and may talk disparagingly of the others' social and cultural peccadillos – mostly the products of their different times. This is natural. But it doesn't put them on opposing sides of policy.

Let us not forget that most members of Gen Y are the children of baby boomers, and boomer parents are anxious that their offspring are struggling to buy a home, find secure work and juggle the demands of work and care.

Boomers may be home owners, even investors, but they may also want their children to be able to afford homes, even to the detriment of their own incomes and wealth. More than half of the baby boomer grandparents in one study, for example, reduced their working hours, incomes or retirement incomes to provide regular childcare for their grandchildren so that their children, many of whom are Gen Y, could work and "get ahead". Those baby boomers who enjoyed the benefits of free education and secure work may want these things for their children all the more.

Alongside the reported generational antagonism in the public sphere, there are thousands of baby boomers and Gen Ys engaged in loving, reciprocal relationships in the private sphere. It is hard to believe that most baby boomers would support public policy decisions based on generational self-interest without in the private sphere considering the implications for the generation they nurtured.

Scapegoating baby boomers and pitting generations against each other creates division and resentment that may work against good policy for all.

Myra Hamilton is a Research Fellow at the Social Policy Research Centre at UNSW.