Opinion Battle of the fittest in Abbott's pure world

The Abbott government is lining itself up as a purist in the neoclassical economics camp and business and the unemployed alike won't be spared, writes Lindy Edwards. 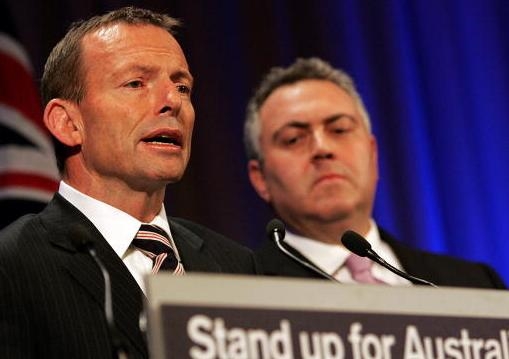 OPINION: Last week's row over the SPC Ardmona cannery and this week's announcement of the closure of Toyota is lifting the lid on a subterranean ideological debate. It is a debate that shows the divide over how our economy works.

The Abbott government is lining itself up as a purist in the neoclassical economics camp.

In this view of the economy, we have a finite pot of resources and the challenge is to work out how to distribute them to make the houses, cars, food and clothing that maximise human happiness.

The argument goes that the market is the solution. The forces of demand and supply target our resources to produce the things that are valued most and cost least.

In this view, if your product isn't making a profit, it is not a good use of our collective resources. An industry that is being propped up or subsidised is misusing our resources and being a drain on the rest of us.
Implicit in this approach is a moral judgment that unprofitable enterprises don't deserve to exist. Last week Treasurer Joe Hockey argued that the ''age of entitlement is over, and the age of personal responsibility has begun''. The message was clear: if you can't make it on your own in the market you are not going to bludge off the rest of us.

Hockey's rhetoric risks sounding like a hardline ideology, divorced from reality, to many who run businesses. For the thriving enterprises that have been hit by the high dollar, the misnamed free trade agreements, and the drought, the suggestion that their difficulties are due to a failure in ''personal responsibility'' is going to sting.

The people who run businesses tend to have a view of how the economy works, which for the wonks among us is more commonly theorised by a second camp in heterodox economics. In the heterodox argument, economic growth is a product of the division of labour and specialisation.

In this approach, the story of economic development is that we all started out as subsistence farmers who produced our own food, housing and clothing. We were jack of all trades and master of none and we had very low standards of living.

The first step of development was when people started to specialise as blacksmiths, bakers, tinkers and tailors. This meant people could develop specialised tools and greater skills, making themselves more productive. They then traded their higher value product with others.

Now in the modern international economy we have immensely long production chains. Consider the number of people involved in making your pen. From the geologists that found the ore and the engineers that built the mine to the miners and those who transported the ore, smelted it, turned it into a nib and shipped it around the world. That is not even getting in to the plastics and all the payroll managers, accountants and lawyers required to make those operations work.

There are thousands of people doing very specialised tasks that enable us to get such a sophisticated product for 70 cents.

In this view, the strength of an economy is about its production chains. Competitive advantage doesn't just exist. It is acquired. It takes a long time to build up chains, and to develop the technology and skills.

In this approach, short-term adverse circumstances can wipe out a chain that would have been very efficient if it had the chance to mature. If they are severe enough, short-term fluctuations can also hit well-established chains, wiping out enormous investment and capability.

In the heterodox argument, it is not just demand and supply that dictates which chains evolve. It is also about history, governments and power. One-off fluke events have ripple effects that last for decades. The bigger businesses are, the more important personal relationships with investors and government regulators become.

It is also a view where poverty traps exist. Where chains once broken can stay that way. And where people and under-used resources can fall into cycles of deprivation and decay. People can lose skills, equipment can fall into disrepair and capability is lost.

Hockey and Abbott have drawn the battle lines of this ideological divide sharply. They have opened a very wide battle front, extending the rhetoric about ''lacking personal responsibility'' from the unemployed to struggling businesses. They have picked the fight at a time when the pressures on business are being widely felt across the community.

It is going to be fascinating to watch how it plays out.

Dr Lindy Edwards is a Senior Lecturer in the International and Political Studies Program at UNSW Canberra, and is the author of The Passion of Politics: The Role of Ideology and Political Theory in Australia, Allen & Unwin, 2013.