The business community may try to get as much out of Tony Abbott as possible, but do they recognise the clear differences between a CEO and a prime minister, asks Mark Rolfe. 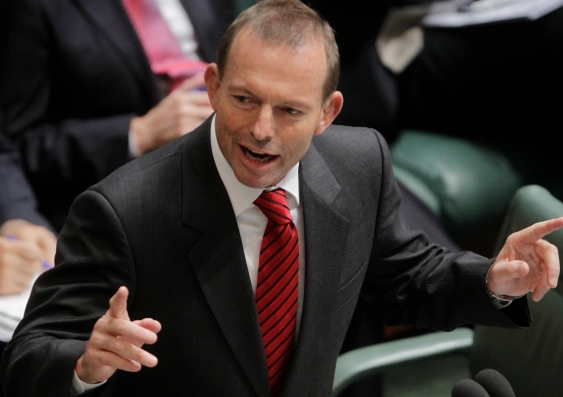 The recent demands of business leaders for prime minister Tony Abbott to immediately reform the industrial relations system, rather than wait three years, should serve as yet another reminder of why corporate leaders make lousy politicians.

Business leaders called on Abbott to act on industrial relations reform – including changes to the Fair Work Act of the previous government. However, as Liberal Party pollster Mark Textor apoplectically tweeted, the business community’s ambit, vague claims demonstrate a lack of political acumen and do not recognise the substantial differences between the head of a business and the head of a government.

Never has the business community been led by such a bunch of politically naive and cowardly mob as today.

I was reminded of the words of Alexander Downer almost 20 years ago, who was given advice by his father, a minister in the Menzies government. Downer Snr had experience of businessmen in the predecessor to the Liberal Party, the United Australia Party.

On the other hand, John Elliott, CEO of Elders in the 1980s, former federal Liberal Party president and aspirant for the top office, once said:

I think most businessmen would make terrible politicians and I always found the business community totally misunderstood what was happening and how politics worked. Some of the questions I’d get from my business colleagues used to shock me: “Why don’t you just fix this up; get this done”. It [politics] is a very different business altogether.

Political leadership is about cultivating relationships with a greater range of followers than those of a CEO – ministers, backbenchers, party members, various voters, opposition, media, public service, various interest groups, state governments, state branches, other nations, international organisations, to name just a few. There are more opportunities for a CEO to avoid the public gaze and this variety of relationships.

These are also not only conflicting relationships at odds with each other, but they are sometimes also non-hierarchical relationships. The prime minister is not at the top of an organisational pyramid. The prime minister cannot sack voters, media, party members or states or demand people jump and expect the answer: “how high?” The relationships must be handled through the complexities of public persuasion and the limited options for coercion.

Hence political experience must refine a politician’s oratorical skills. Julia Gillard and Kevin Rudd did not have much of that before entering parliament. Gillard was a corporate lawyer and Rudd was a diplomat and later chief of staff to Queensland premier Wayne Goss, where his capacity for dealing with people was summed up in his moniker – Dr Death.

Unlike CEOs, prime ministers have no bottom line, dollar wise, by which to judge their performance. There is no mention of prime minister in the constitution and therefore no job specification. They are unlike a minister, who knows the range of their portfolio such as health or defence. A prime minister must judge the signature policies that determine their government and public profile from a range of issues.

Australia’s successful prime ministers spent years learning the political game before gaining the top office. Experience honed their talents and judgement as in any vocation. Rising through the top corporate ranks would have taught them all the wrong lessons for politics.

After many years at the centres of party intrigues, Paul Keating and John Howard were in parliament for 22 years before becoming prime minister. Bob Hawke was in the public eye as ACTU president from 1969 for 11 years before entering parliament in 1980 and attaining the top job in 1983. It took Abbott over 19 years to achieve that same position after years of party work.

Australia’s second prime minister Alfred Deakin had over 20 years of colonial politics preparation for the eight years of minority governments, which was our political lot after federation. That start to Australia as a nation seemed to have passed by our national commentators during the last three years of angst over political stability. Yet Deakin dominated that decade, putting in and out other parties and craftily manoeuvring his way into three terms as prime minister.

Robert Menzies was in state and federal parliaments for 11 years before he became prime minister for the first time in 1939. Even then, his arrogance – goaded by early success and the milieu that he mixed in before politics – got the better of him. He humiliated under-performing ministers in front of colleagues and couldn’t hide condescension for those he considered mediocrities on the backbench.

So, Menzies jumped just before he was pushed in 1941. Like Rudd and Gillard, he learnt the hard way that prime ministers rely on others. But Menzies changed. He spent the next eight years learning his lessons, before serving again as prime minister for over 16 years.

And so we come to Clive Palmer, a man whose political abilities should not be underestimated given his many decades in Queensland politics. But none of it was in parliament. He has been a billionaire used to making people jump. It is his party, with his name, and his money.

So, it was amusing to recently watch him order the other members of his party as well as Ricky Muir – ostensibly from another party – out of a media conference after a mere 11 minutes.

It will be interesting to see if Palmer continues to treat them as staff or as colleagues, or if he is able to change tack from a businessman to politician.

Dr Mark Rolfe is a Senior Lecturer in the School of Social Sciences at UNSW.