British historian Peter Barton’s The Lost Legions of Fromelles tells a familiar story – of slaughter in the ditches and marshes of Word War One – but it also warns us to be wary of popular legend, writes Peter Stanley. 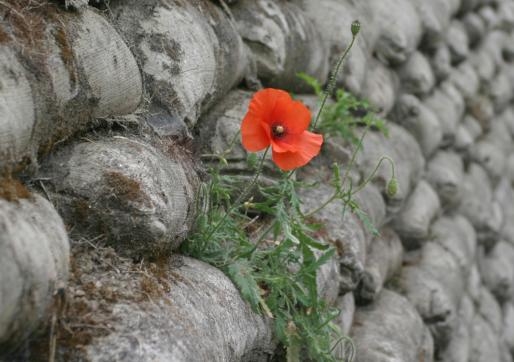 In the battle, supposedly forgotten, Australian diggers displayed the familiar but timeless virtues of courage and mateship. Despite the supposed cover-up, in 2007 a mass grave was found, thanks to the persistence of amateur researchers, and today the story is told in the newest Great War cemetery at Fromelles.

British historian Peter Barton’s The Lost Legions of Fromelles tells what is to an extent a familiar story – of slaughter in the ditches and marshes of no man’s land – but it adds to both what we know and how we should be wary of the popular legend.

While not a flawless book – it’s about twice as long as it needs to be, for a start – this is an important book for Australians. Its primary virtue is that it is based on German – specifically Bavarian – sources that extend and refine the familiar Australian story.

Barton’s detailed book is superior to the emotive, partisan accounts offered to Australian readers, notably by Patrick Lindsay and Les Carlyon. Drawing as it does on “enemy” sources for the first time, it fills in the gaps on the other side of no man’s land.

Crucially, Barton uses the Bavarian archives to show how the corpses of “English” dead were buried in the mass grave at Pheasant Wood out of which the new cemetery has been formed. One revelation is that the graves supposedly “lost” – that is, missed by inept Australian searchers after 1918 – were always fully documented in the abundant Bavarian archives – if only we’d bothered to look.

I have to acknowledge an interest here, as a minor player in one of the “official” committees that rejected the arguments offered by Victorian schoolteacher Lambis Englezos that the mass grave had actually been missed by war graves parties. I was wrong, and said so on the front page of The Australian when it turned out that he had been right. But admitting error once does not mean that I can’t be critical again.

Like a lot of recent military history books, this is too long. Barton gives us far more detail than anyone could want or need. But he’s lazy – it’s easier to quote great slabs of documents than to select and paraphrase – and the give-away is that he is content with giving the initials of men whose names can be found on the internet in seconds. He writes well, especially in describing the processes of research involving sources from several countries and not just documents but archaeological evidence – or “information”, as he insists on calling it.

But none but the most dedicated battlefield nerd will want to know as much as Barton wants to tell. And on points where we need certainty – was the British plan sound? – he never seems to commit himself.

And why call the Australians “diggers”? The word was never used at Fromelles.

Putting these reservations aside, Barton should be congratulated for giving Australian readers a chance to surmount the parochialism that is so common in their military history. As he shows, what happened to the 5th Australian Division had happened before, to British troops.

Thanks to Barton – and some other historians, notably Australian Army historian Roger Lee, whose research on the battle has given us a much clearer understanding of its planning and conduct – the popular legend of Fromelles needs to be revised. Whether he will alter the persistent Australian legend remains to be seen.

Fromelles remains controversial, not least because in recovering the remains the authorities acceded to requests that they try to identify individual corpses. Rather than the dignified anonymous interments accorded to all other Australian Great War dead, the Pheasant Wood saga involved a search for distant relatives, virtually all of whom but for the most obsessive family historians had no idea of their connection to Fromelles or had long accepted that great uncle Jack had been killed there.

No-one seems able or willing to explain why it was necessary to go to these lengths.

And recently we hear that Englezos is at it again, pointing to another mass grave, this time at Krithia, on Gallipoli. Let’s give him a hearing – he has form – but let’s not fall for the story that the dead deserve to be identified or that relatives who didn’t know them need “closure”. It happened a long time ago in a place far away.

Peter Stanley is a Professor in the Australian Centre for the Study of Armed Conflict and Society at UNSW Canberra.