Opinion Budget 2012: Why the experts will get it wrong

The government's critics could be spot on in suggesting Wayne Swan got the numbers wrong - not because they have superior insight into the economy, but because it's near impossible to get economic forecasting right, writes Jeffrey Braithwaite. 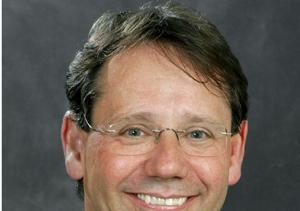 OPINION: It’s an old joke, but hard to resist around Budget time. That is, that economic forecasting was invented to make astrology look respectable.

Over the past few days we’ve heard a lot about how notoriously inaccurate economic forecasting is, so much so that every commentator and politician is confident Wayne Swan and his Labor team will have got the numbers wrong in promising a surplus.

And the government’s critics could be spot on. Not because they have a superior insight into the workings of the economy but because most forecasting is no more useful than gazing into a crystal ball.

Why? Because for anything worth commenting on, the job is simply too complex. There are too many variables.

Most famously, we didn’t see the global financial crisis coming. All those stockbrokers and bankers, whose very professional existence relies on picking trends, failed en masse.

But they are in good company. Teachers envisaging in advance the grades of students, parole boards predicting recidivism rates of released prisoners and clinical psychologists assessing their patients’ prognoses: all are also unreliable forecasters.

This is the gist of Nobel Prize winning psychologist and behavioural economist, Daniel Kahneman’s latest book, Thinking, Fast and Slow. Studies by Kahneman, who has been described as the most important psychologist alive, conclude that no one can readily predict the future.

This is not because economists – or the rest of us – don’t know our stuff, but because there are two cognitive processes at work in all of us.

System 1 is our basic, automatic response to whatever we perceive. It’s rapid, effortless and almost always on. You walk into a room and survey the scene, making judgements about the occupants in a blink of an eye. Is the crowd young, old or mixed? Upbeat, sad or otherwise? There for a while or dispersing soon? Interesting or boring? Or you might glance at a TV news bulletin showing a train or car crash, the stock market results, a football match, or be momentarily distracted by a chat show.

System 1 is a kind of hard-wired, fast-track, “weighing up” machine. It creates a coherent, believable, instant story: the train or car crash is bad and unquestionably led to loss of life, your superannuation went down, your team is in trouble, that chat show host sure is funny.

This capacity for your brain to read situations or people in milliseconds had evolutionary benefits. Surviving on the savannah in a hunter-gatherer band facing constant danger required a very well honed “make-sense-of-what’s-going-on” fast device at the top of your brain stem.

When you listen to all those budget experts on TV and radio or skim across a page like this, for example, you respond via System 1.

Its counterpart, System 2, operates when you need to analyse something more thoroughly. This takes effort, and is painstaking, especially if the problem is thorny, complex, or important. A step-by-step evaluation or deliberation is required.

Both cognitive systems have limitations. They are good but imperfect, which means human judgements and predictions are, too. System 1 is fast but provides an incomplete picture, ignores any other perspective or evidence to the contrary, and signs off on your narrow evaluation without any query about whether your view is inconsistent or even right. For most people, System 2 takes too long in today’s busy world.

Economic forecasters do, of course, use System 2 thinking to form their views over time, so the numbers and arguments they present seem plausible. But although System 2 may allow us to construct a sophisticated analysis of what has already happened, the multitude of real world variables that may, or may not, influence future events mean even System 2 is not adequate for forecasting what will happen.

(And for all of us lay people digesting the Budget via the media, analysis is squeezed into short System 1 grabs anyway, morphing it into a constant stream of meaningless, forgettable sound bites).

The upshot? Pontificating, power-dressing experts and commentators in any field are no more likely to be right than anyone else, or chance.

What’s the consequence then for Budget 2012? Not much, except that is might be worth re-considering the political culture in which we wrap the numbers.

The Treasurer has been under immense pressure to deliver a surplus, no matter how many extraordinarily complex factors shift over the next 12 months, and beyond, in an entirely unpredictable globalised economy.

So, we might be better off using a different measure for judging a government’s success, or otherwise. My vote would go to a nimble team; a group of very well informed individuals, who’ve done all the high quality System 2 thinking they can, so are able to adjust the policy levers adeptly and quickly as the economic sands shift around us – as we can be sure they will.