Has a national obsession hijacked centenary commemorations of the Great War? 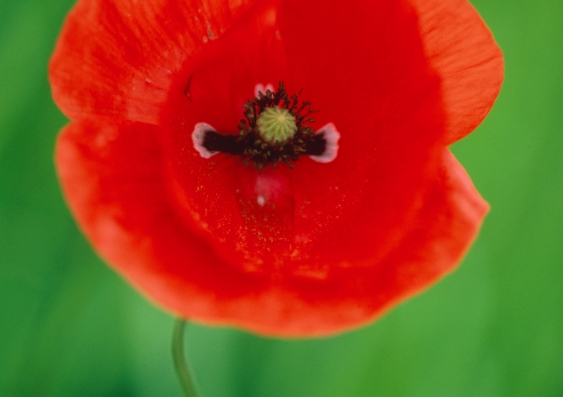 At a recent conference in the United States, UNSW Canberra military historian Professor Jeffrey Grey found himself at a roundtable discussion in the company of some of the world’s most respected Great War scholars.

As they discussed the centenary of World War I and the commemorations that will begin rolling out on 28 July this year, the panel Chair noted “Australia is without doubt the most aggressive of the centenary commemorators”, Grey recalls.

“I said to her afterwards that I thought ‘aggressive’ was exactly the right word. We Australians have taken the opportunity of the centenary and are spending something in the vicinity of half a billion dollars on the commemoration,” he says.

That price tag was calculated by former Australian Army officer and UNSW alumnus James Brown in his book Anzac’s Long Shadow. Brown, who has tours of duty in Afghanistan and Iraq, and is a Military Fellow at the Lowy Institute for International Policy, is a vocal critic of the Australian approach to the centenary.

“At the War Memorial in Sydney’s Hyde Park, inscribed words decree: ‘Let silent contemplation be your offering’,” Brown writes in his book. “Instead, Australians are embarking on a discordant, lengthy and exorbitant four-year festival for the dead.”

Brown estimates $325 million is being forked out by the Australian taxpayer for the string of “festivals”. Add more than $300 million expected in private donations and what we will have, Brown predicts, is an Anzac centenary that risks fetishising war.

The national enthusiasm for the centenary project is all the more perplexing when Australia’s part in the war is analysed, says Grey, who is one of Australia’s leading WWI experts. Based at UNSW Canberra’s Australian Centre for the Study of Armed Conflict and Society (ACSACS) Grey has undertaken the writing and editing of Oxford University Press’ new five-volume history of the war to commemorate the centenary – the first since Australia’s official war historian Charles Bean penned his six-volume Official History of Australia in the War of 1914–1918 from the 1920s to ’40s.

Unlike other countries in the Great War, Australia was never under serious threat of invasion, Grey says. Even the number of Australians killed – around 60,000 – represents a tragic but small figure, compared with the 600,000 British deaths, more than one million Austro-Hungarian fatalities and almost 1.4 million French lives lost.

In commemoration of the centenary, Australia is not only spending more than twice what Britain is, we’re even outspending the French. “And the French, you might think, have more reason than most to remember the Great War,” Grey says.

Grey set out his reservations in an opinion piece published in The Australian. “If Australia’s centenary observance is little more than a four-year long Dawn Service, replete with all the hackneyed cliches and self-serving a-historical mythology trotted out each Anzac Day, it will be a monumental waste of time and money,” he wrote.

He adds: “I wonder about the commemorations at Anzac Cove next year. I don’t know that I necessarily want to scratch too hard to find out what is below the surface and why all those people will be there.” 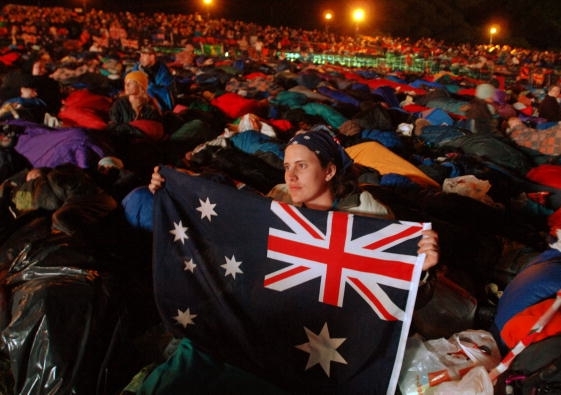 The power of myth

According to Grey and his colleagues in ACSACS – Professor Peter Stanley and Associate Professor Craig Stockings – you don’t have to dig too deep to uncover the reasons behind Australia’s obsession.

Anzac Day has arguably replaced Australia Day as our de facto national day and the events surrounding Gallipoli have established themselves as our national story. In particular, our soldiers’ bravery at Gallipoli is seen to exemplify idealised virtues that lie at the heart of our self-identity.

“The driving need to celebrate the deeds of past servicemen and promote conceptions of national identity wrapped in the imagery of war have come to dominate our national discourse,” Stockings writes in the introduction to his book Anzac’s Dirty Dozen – 12 Myths of Australian Military History.

From this foundation myth a whole host of historical misunderstandings has been spawned – and these are not harmless, says Stockings, whose earlier book Zombie Myths also sought to dispel some of the more stubborn misconceptions around Anzac. “These misunderstandings shape our picture of ourselves in obscuring and inaccurate ways … they situate our attitudes to the past falsely, distort our reading of the present and our expectations of the future. They are monsters of the mind.”

With the centenary celebrations it stands to get a lot worse, Stockings predicts.

“These myths are aided as never before by blogs, Wikipedia, Anzac supplements in the weekend papers, and bestselling popular histories not always based on archival research.” 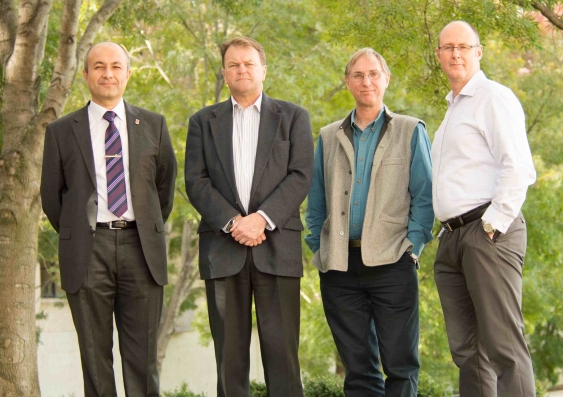 One of our most cherished and enduring myths is the idea Australia’s military history – and by association our national identity – began at Gallipoli in 1915, despite Australia’s military involvement in conflict extending at least to the 1899 Boer War, if not to colonial times.

Other myths “that will not die” include the boast that the Australian Imperial Force was the only all-volunteer army in WWI (it wasn’t), that its volunteer status made Australian soldiers inherently superior to their conscripted counterparts (there is no evidence their skills were inherent), and that Australian soldiers had higher ethics and morality (they demonstrably didn’t).

Another oft-repeated misconception is that Australia has only ever fought in other people’s wars as a consequence of misplaced loyalties or sentiment – a claim particularly levelled at WWI. While this view has obvious appeal, Stockings says, it fails to stack up. “Australia’s wars have been her own,” he writes. “For better or worse, successive Australian governments have chosen to fight. They have done so in the main for cold, calculating, realpolitik reasons.”

Stanley, one of Australia’s most active military historians and author of a number of books including Lost Boys of Anzac, and Digger Smith and Australia’s Great War, says what’s seductive is the emotional appeal of military history – especially Gallipoli.

“Many Australians believe the landing at Gallipoli was in the wrong place, that the British put us down in the wrong place,” he says. “These beliefs have been around for decades. But if you look at the documents, as historians do, then you will challenge those popular beliefs.”

Stanley, who headed the Australian War Memorial’s Historical Research Section from 1987 to 2007, says it has become clear through generations of scholarship that Britain’s Royal Navy could not have navigated to a more exact point than it did, in the dark, using the navigational aids available a century ago.

“The spot they put ashore was actually a better place because it was less heavily defended,” Stanley says. “Everyone at the time, including all of the officers, agreed it was a reasonable place to land. So you can’t attribute the failure of the operation to that.”

If blame must be apportioned, he says, it might be better to focus on what happened once the troops made it to shore on 25 April 1915. The Australian commanders simply didn’t follow their orders, he says.

“They didn’t push on to the objective, to get to the other side of the peninsula. Instead they  told their troops to dig in and that was where the line stopped. The Turks certainly played their part, but so did the Australian commanders. That’s not something most Australians would understand or believe or accept, but it’s true.”

For many Australians, facts like these are at odds with the legend that was born that day. Prior to 1915, Australian identity was largely centred on the myth of the pioneering bushman. Thanks to Gallipoli, that image was replaced by the bronzed warrior – the ultimate fighter and larrikin prepared to die for his mates.

But look more closely and a different picture emerges. It is a picture of ordinary men coping as well as they could in terrifying conditions, says Stanley. He wrote Lost Boys of Anzac, using soldiers’ personal letters and previously unresearched Red Cross records, because he felt a “human gap” existed in the conventional historiography.

“They are very candid records and quite destroy the idea that the landing on Gallipoli was in any way glorious,” he tells Uniken. “I wanted to show that the Anzacs were ordinary young men – if we can understand that we can keep Anzac in perspective and understand Australia’s military history realistically and maturely.”

“That book was made feasible by the release of the AIF’s court martial files,” Stanley says of Bad Characters. Getting the tone right was critical. “I needed to be honest – this story had largely not been told – but also sympathetic to the situation of young men who in many cases suffered death and wounds in circumstances that none of us experienced. I remembered Madame de Stael’s aphorism ‘to know all is to forgive all’, and that became the book’s epigram.”

The reviews of the book demonstrated the validity of this approach. “To my secret disappointment no one burned the book, and it sold reasonably well,” Stanley says.

Despite the warts-and-all stories, one of the things that emerged from the historical accounts was that these ordinary people, when they entered battles and performed their duties in war zones, had a superb reputation.

Predictably, attempts to set the historical record straight have attracted criticism and angered some.

Former James Cook University academic Dr Mervyn Bendle, writing in the conservative journal Quadrant, distilled the criticism, accusing the UNSW historians and the Lowy Institute’s James Brown, of declaring “a war on the Anzac legend”, an accusation also seized on by The Australian.

According to Bendle, they have embarked on an “elitist project explicitly dedicated to destroying the popular view of these traditions”. Ensconced in elite institutions (located mostly in Canberra, he adds), they exhibit a disdain for ordinary Australians and their beliefs.

“[Australians] should be allowed to honour the centenary without constant sniping from an anti-Anzac elite of obsessive academic leftists and disgruntled ex-officers,” he concludes. 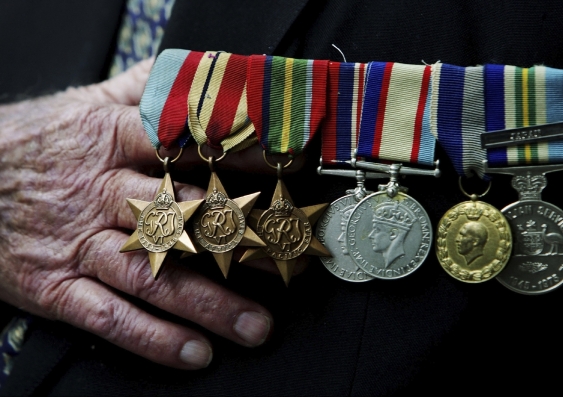 It’s a cheap criticism but not entirely unexpected. After all, no one likes to have closely held beliefs challenged.

Nevertheless, Grey, Stanley and Stockings believe it is essential to continue to make the distinction between historical inquiry and mythology. The military is a reflection of Australian society and an agent of government policy, Grey stresses.

“For the vast majority of Australians their understanding of war and of our defence forces is refracted through  their knowledge of the Great War. If that understanding is partial at best, by the time it is applied to today’s defence force – one that bears no relation to the army of 1914 – it is going to be so skewed as to be deeply misleading.”

Stockings agrees. “I have no problem with the Anzac myth and sentimentality around that. As far as national foundation stories go, it’s a reasonably positive one. My problem is when that type of mythology or sentimentality is mistaken as a substitute for history.

“It’s one thing to believe in the idea of an invincible, seven-foot-tall Anzac soldier. It’s another thing to understand these guys as normal people in harrowing circumstances who still achieved amazing things.

“They were human beings with human frailties. That’s the reality; it’s evidence from the source. Their legacy is far greater in truth than it is in myth,” Stockings says.

What, then, of the upcoming centenary commemorations?

“It’s not the worst thing to happen,” Stockings concedes. “I have friends who were wounded in places like Afghanistan. I have no problem with commemorating loss, but I have no interest in carnival-like, almost joyful celebrations.

“A very large proportion of the first Australian Imperial Force was not interested in marches or the like – they just wanted to get on with their lives.”

This article was first published as the cover story for the Winter 2014 issue of the UNSW magazine/Uniken.

A hundred in a million: our obsession with the Victoria Cross

Before the Anzac biscuit, soldiers ate a tile so hard you could write on it