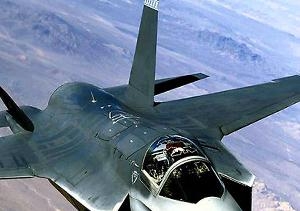 The transition from the Afghanistan conflict places the Australian military at an historic ‘inflection point’ Professor Dupont writes in a Lowy Institute policy brief.

Professor Dupont is a non resident Senior Fellow at the Lowy Institute and inaugural Director of UNSW’s Institute for International Security and Development. He warns against repeating the mistakes of the post-Vietnam era whereby the Army was hollowed out, hard won counter insurgency skills were lost, and Australia was left with a poorly equipped defence force.

“There is a real danger that post-Afghanistan uncertainty about future strategic challenges will lead to a similar period of drift and misplaced spending,” he writes.

The paper is timely considering the ADF must prioritise actions needed for a stronger Australian-US strategic relationship, as announced during President Obama’s inaugural visit in Australia in November last year, and calls for a vigorous public debate about the priorities of the ADF in time for the new Defence White Paper in 2014.

“To enable the ADF to meet the challenges of the future, there ought to be a much more informed and open discussion about defence strategy, the overall balance of the force, and external enablers such as the US alliance and our relationship with regional defence forces.”

Professor Dupont recommends that Australia should reduce its planned acquisition of 12 ‘future submarines’ and 100 Joint Strike Fighters, including to ensure the Army is properly funded for likely contingencies in Australia’s neighbourhood.

He concludes: “An unhealthy preoccupation with China could take us back to a discredited strategy of the past which held that the ADF should only be configured for state-on-state-conflicts and defence of the maritime approaches to Australia.”

Professor Dupont’s paper, Inflection Point: The ADF after Afghanistan is available on the Lowy Institute’s website.