Australia’s approach to alcohol taxation is riddled with inconsistencies. It's time to scrap the current operating system in favour of a new, more efficient one, writes Anthony Shakeshaft and Josh Byrnes. 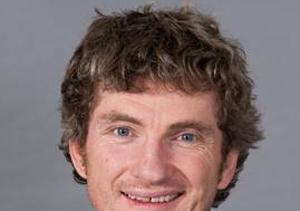 OPINION: Alcohol is a prime target for taxation. It’s a good source of government revenue; it allows governments to recoup costs for providing services to drinkers (such as accident and emergency care and policing); it provides a mechanism for drinkers to pay for the harm they impose on others as a consequence of their drinking; it helps discourage excessive drinking due to information failure (not all drinkers are aware of all the risks of drinking and some harms are not yet understood) and drinkers’ tendency to discount the long-term harms of alcohol; and reduced consumption of alcohol has known public health benefits. Moreover, a recent Australian review of the evidence clearly showed alcohol taxation is cost-effective.

Given the utility and cost-effectiveness of alcohol taxation, the challenge is to identify an optimally efficient tax system: one that maximises the potential benefits of restrained alcohol consumption for the least amount of cost to those who don’t consume alcohol to excess.

If an economist was asked to design the least efficient alcohol taxation system imaginable, it would more or less approximate the current Australian system. It would be blatantly unfair to lay the blame for this situation at the feet of any particular Commonwealth government. The current system is, ahem, a cocktail of mixed methodologies, ideologies, idiosyncrasies and the remnant battle-lines of long-forgotten policy negotiations.

All other types of alcohol products are taxed as a fixed amount per standard drink, although the fixed rate varies, not only between different types of beverages (beer and spirits, for example) but also between different types of containers (such as kegs and stubbies). In other words, you pay between 5 cents and nearly $1 in tax on your alcohol, depending on whether you buy draught beer, bottled beer, mid or high-strength beer, cheap wine, expensive wine, cider, straight spirits, pre-mixed spirits or brandy.

Although tinkering with the current alcohol tax system is tempting – because it is easier to negotiate amendments than an overhaul – perhaps it is time to draw breath and go for broke: take the lead from Apple’s army of geeks and scrap the current operating system in favour of a new, more efficient one. What might this look like? Let’s go back to our definition of optimal efficiency: maximise the benefits (in other words, reduce harms) and minimise the impact on those who don’t drink to excess.

Since alcohol harm is not beverage-specific (drinking too much is drinking too much), the most efficient method is to tax the alcohol, not the beverage type or its price. That would remove perverse incentives that currently distort drinkers’ choices between beverage types and would optimise the compensation paid by drinkers for increasing risks of harm and government costs, and reducing public health.

Taxing the alcohol content, known as a volumetric tax, requires a decision about the appropriate rate of tax per unit of alcohol and moving to this system will inevitably create winners and losers (essentially wine and beer would be relatively more expensive, while spirits would be relatively cheaper), but the principle is infinitely closer to optimal efficiency than is currently the case. Our modelling shows a volumetric tax would deliver both significant health gains and increased taxation revenue, compared to the existing taxation system.

However, a volumetric tax is not the only price control mechanism that could sensibly be utilised, for two reasons. First, although drinkers are sensitive to changes in alcohol prices, they are relatively price inelastic (that is, demand remains relatively strong despite price rises), which means there is a limit to how high the volumetric tax could be set before it unfairly impacts on relatively light drinkers.

Our modelling suggests that in response to a price increase, Australians will increase the number of days on which they do not drink at all (and reduce the number of days on which they only drink a bit) in order to preserve their financial ability to drink more heavily on the weekend. This suggests some people just like to get drunk, and you can do that quite a few times and still work out that the most financially savvy way to get drunk is to drink the cheapest alcohol. A volumetric tax would help inhibit such drinking but could be reinforced by complementary pricing controls, such as a minimum retail price (or floor price). Scotland and England have indicated they will introduce this strategy in 2012.

Unlike the current situation, this mix of price control strategies is not attempting to idiosyncratically amend one taxation system: it is a synthesis of two separate and equitable approaches. A volumetric tax would effectively transfer funds to the government to compensate them for the cost of mopping up the harms from excessive drinking, while a floor price would inhibit the availability of cheap alcohol. The practical difficulties of negotiating the introduction of a more optimal alcohol tax system are daunting and will require skilled politics, but it is time to untangle the mess. And it seems fair that researchers advocating for change ought equally be accountable for measuring the impact of a more optimal alcohol tax system. To paraphrase Dostoevsky: drinkers, politicians and researchers are all responsible for all.

Don’t believe the hype, teens are drinking less than they used to

Alcohol-fuelled violence on the rise despite falling consumption