Responses to climate change are often dominated by economic rationalism and technological optimism. But the question we should really be asking is why have we reached this impasse, write Matthew Kearnes and Declan Kuch. 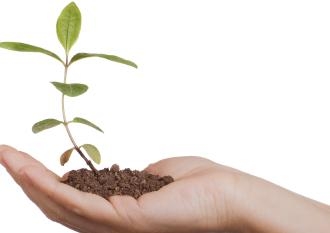 OPINION: Next month the Intergovernmental Panel on Climate Change (IPCC) is due to release its fifth, and highly-anticipated, report on global warming. Reports based on leaked drafts suggest that "the world is on track to become up to five degrees hotter", and that sea levels may rise by up to 82 centimetres.

We can expect intense political scrutiny of these projections, obscuring the fundamental significance of the report: that we are heading into uncharted territory and that climate change will pose challenges for which we appear ill-equipped to respond.

While international climate policy has consistently spoken of the need to "hold the increase in global temperature below two degrees Celsius", in recent years projections of a rise in global mean temperatures of somewhere between four and six degrees Celsius have become commonplace in the climate science community. Many commentators are now pointing to the probability that we are "entering a prolonged period of what can now reasonably be described as extremely dangerous climate change".

What the IPCC report is likely to reveal is that though the two degrees target has been politically appealing, the global community’s reliance on long-term mitigation targets is fundamentally out of step with the reality of global carbon emissions.

It is also widely recognised that carbon dioxide emissions are increasing faster than almost all predictions, un-dented by the launch of emission trading schemes and the global trade in carbon off-sets.

The debate we should have when the IPCC report is released is this: why we have reached this impasse?

Though the well organised – and well funded – campaigns of climate denying lobby groups have provided succour for political inaction, for us the answer lies closer to home.

Responses to climate change, particularly in the West, are dominated by a curious combination of economic rationalism and technological optimism. "The first task of mitigation policy" claimed the Stern Review was that "untaxed or unpriced emissions of GHGs … require a price".

The underlying assumption in much contemporary climate policy is that pricing mechanisms can initiate social change if 'well designed', while political debate has tended to centre on alternative proposals for highly centralised technological options: 'big solar', carbon capture, nuclear power and, most recently, direct climate manipulation through geo-engineering.

This is what has been going on in Australia.

Despite the fractious debates about carbon pricing that have dominated the recent parliament, since the latter years of the Howard government Australian climate policy has been marked by a remarkable level of consistency.

Successive Federal governments have lent their support to Carbon Capture and Geo-sequestration, attempts to credit reductions in deforestation in tropical countries (known as 'REDD') and carbon pricing.

Consider the case of technical fixes for the coal, oil and gas industries often grouped loosely under the term Carbon Capture, Transport and Storage (CCS). The crucial geo-sequestration regulatory framework was pioneered by a group of petroleum engineers in the mid-1990s who saw the threat of climate regulation over the horizon and wanted gain access to oil and gas fields with high carbon dioxide concentration.

Federal-versus-State rivalries have hindered, more than helped this perverse situation.

Rather than storing carbon dioxide in the basins the taskforce identified as being most promising, State governments, especially in Queensland, have granted unconventional gas exploration licenses over them, creating anguish in rural communities and a flourishing export industry with proverbial pocket change for locals. CCS has been pushed to the margins.

REDD has fared little better, with the Australian Government recently abandoning its flagship $43m Forest Carbon Partnership with the Indonesian government. Understandably, 'offsetting' rich country lifestyles by locking locals out of their forests had little support with forest users and local and regional authorities.

In all this, what we have neglected is the role of organisational and social innovations that will be necessary in any transition to a low-carbon society.

The publication of the IPCC report will signal that, if anything, we need a change in thinking.

New energy technologies alone will not bring about social change. As social scientists our argument is that we need to "bring society back into climate change".

What does this mean?

We need to see social and organisational innovation alongside our more traditional reliance on iconic techno-fixes. Many of these innovations fly under the techno-optimistic radar of central governments. Community-owned renewable energy projects are springing up across Australia and are drawing from a variety of legal forms such as cooperatives, modified Pty Ltd structures and even simple leasing arrangements.

There are now some 40 such projects, up from three just four years ago.

These initiatives provide more democratic structures of ownership and control than large-scale energy installations, which are often contested via complaints about procedural justice, health, or risks to aquifers in the case of Coal Seam Gas.

These grass-roots initiatives have reached the attention the major political parties. The Australian Greens recently announced a $100 million seed-funding program for community energy projects and active discussions between community energy proponents, Labor and the Coalition are ongoing.

The public response the 2010 Brisbane floods demonstrate the capacity for the Australian public to act with generosity in times of great need. A striking feature of the crisis response was the use of crowd-sourced mapping techniques and social media that enabled real-time sharing of information between community groups and the emergency services.

Similarly, despite a reported 'war on our roads', a recent surge in cycling is indicative of the changing ways in which people are choosing to move around our major cities.

Many residents are now turning their backs on costly, cumbersome car ownership in favour of sharing initiatives such as the peer-to-peer Car Next Door, and GoGet, pioneered by a former cycling advocate frustrated with labyrinthine planning bureaucracy.

Such movements between activism and enterprise point to a constructive and socially appealing set of economic possibilities in a carbon constrained world.

Of course the challenges of climate change are real and transitioning to a lower carbon society is unlikely to be painless. While we await with anticipation the publication of the fifth IPCC report, we suggest that we might now begin the task of re-aligning national and international climate policy, to see society at the centre of efforts to craft new low-carbon lives.