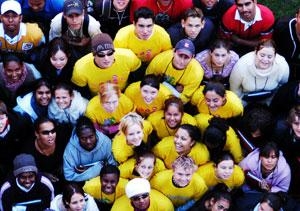 OPINION: This year marks the 50th anniversary of indigenous voting in Australia. In 1962 the Commonwealth Electoral Act was amended so that all Indigenous peoples had the right to vote in federal elections. Celebrating this milestone is the 2012 National Indigenous Youth Parliament, funded by the Indigenous Electoral Participation Program (IEPP).

The path to Indigenous voting has not been a straightforward one. According to the Australian Electoral Commission's (AEC) History of the Indigenous Vote (2006), Section 41 of the 1901 Constitution guaranteed votes to those who already held them prior to Federation, South Australian women for example. Should an indigenous person have been on an electoral role prior to 1901 (which was unlikely) could theoretically vote. But this right was not guaranteed as it was for South Australian women.

The matter was resolved by the Commonwealth Franchise Act (1902) that specifically excluded "any Aboriginal native of Australia, Asia, Africa, or the islandsof the Pacific, except New Zealand" from voting unless they were actually on the roll before 1901. This meant that Indigenous people who became old enough (then 21 years) to vote after 1901 were denied voting rights.Moreover, electoral officials had the power to decide who was an "aboriginal native" and who was not. Today Section 41 says "No adult person who has or acquires a right to vote at elections for the more numerous House of the Parliament of a State shall, while the right continues, be prevented by any law of the Commonwealth from voting at elections for either House of the Parliament of the Commonwealth."

In 1957 the Commonwealth, which had responsibility for governing the Northern Territory, declared Territory indigenous peoples to be 'wards of the state' in need of care and protection and as such denied them the right to vote unless they were exempted from the status of being wards. By the 1960s increasing numbers of white Australians had come to believe that Indigenous Australians should have equal rights, including the right to vote. In 1961 a Commonwealth Parliamentary Committee was set up to investigate and report to the Parliament on Indigenous voting rights. It recommended that all Indigenous peoples who did not already have the vote should be allowed to vote in Commonwealth elections.

By 1962 the Commonwealth Electoral Act was amended to provide that Indigenous peoples the right to vote in federal elections if they wished to enroll which was not compulsory. The 1967 Constitutional Referendum saw Australians vote overwhelmingly in favor laws that meant Indigenous people should have equal treatment under all Commonwealth and State laws.As the AEC reminds us: "Ask Australians when Aborigines got the vote and most of them will say 1967." The 1967 Referendum is remembered as marking a turning point for Indigenous peoples electoral rights. In one of eight 'yes' votes since federation which saw a majority of Australians, in a majority of states, vote to change the Constitution.

In 1983, the last major legal hurdle in equal voting rights for Indigenous peoples was achieved when the federal government recommended compulsory enrolment applied to all Australians. With disenfranchisement remaining an issue for many Indigenous Australians, the AEC has responded with the 2012 April National Indigenous Youth Parliament.

This is the first initative of its kind in Australia. Run by the AEC it provides an opportunity for young Indigenous peoples to be mentored on how to engage with the Australian political processes: a process many of us take for granted.

Jo Coghlan lectures in the School of Social Science at UNSW. Scott Denton completed a PhD on Australian electoral politics in 2010 and works at UNSW.

The politics of Bahasa Indonesian