Opinion Census shows increase in children with disability, but even more are still uncounted

Some people with disabilities may not require government supports, meaning they wouldn’t have been counted as having a disability in the Census, write Karen Fisher and Sally Robinson. 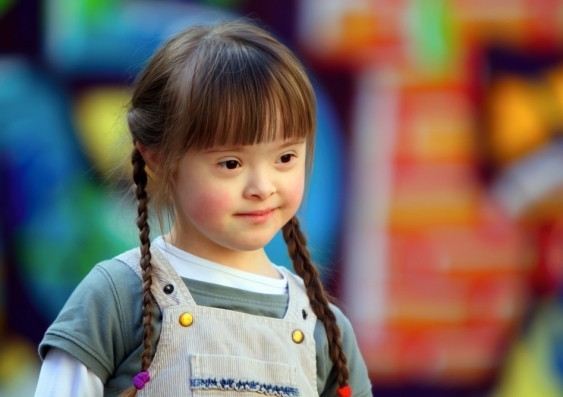 OPINION: The 2016 Census has revealed an increase in the number of children with disability, up nearly 40,000 since 2011. One explanation is that the census now counts disability differently, which is more in line with the way many children and families view disability.

But other children continue to miss out on support because they do not name their needs as “disability”. And services don’t yet have adequate funding for even the revealed number of children, so other children who require assistance are left out.

A census that counts people who identify as having a disability, as well as those who need support, could help resolve these problems.

Children and young people who need support related to disability has risen from 2% to 2.6% of children - or 38,309 more children than in 2011. The most striking change is boys with disability aged 5-14 years, who have increased to 4.4% of all boys their age. These rates are even higher for Aboriginal and Torres Strait Islander children - 7.4% of boys aged 5-14 years and 4.4% of all children and young people aged 0-19 years.

The census counts disability as “has need for assistance”, which it defines as “profound or severe core activity limitation”. The definition was introduced in the 2006 Census to be consistent with international measures and other national surveys, which focus on counting support needs. Before 2006, disability was not counted at all. The continued increase each census since 2006 is probably due to more Australians identifying with the definition or seeing the benefit of identifying as disabled, now that policies to support disability are changing.

Knowing who the definition covers is important. The census count of “need for assistance” is good to inform government planning about high levels of support some people need to participate equally in our communities. Estimating the number of people likely to need a National Disability Insurance Scheme (NDIS) package is a current priority. This census counted 562,629 people aged under 65 years – over 100,000 more than the NDIS planning estimates.

Equally important for children is planning access and support in school, playgrounds and other places where children participate in their families and communities. The higher 2016 Census count shows these plans need to expand.

The census question only counts people with high needs, not all people with disability. Unfortunately, the question is not complemented with an identity question about whether you have a disability. This means people with disability who do not need assistance – for example, some people who are blind – are not counted. The World Health Organisation estimates the larger total would be closer to 15% of all Australians, rather than the 5.1% measured in this census.

This gap means another 10% of Australians are not officially counted, yet they too face barriers to participation, including access and attitudes.

Disability advocates consistently express concern that by not asking Australians directly about their disability or impairment, the census fails to count the population of people with disability accurately – it only captures people who need assistance.

Fixing this gap is important for Australia’s obligations to all Australians under the United Nations Convention on the Rights of Persons with Disabilities. The NDIS relies on better access to social and economic life for all people with disability, including people not eligible for NDIS packages.

Not gathering information about this 10% of our population is a missed opportunity. It means we simply don’t know how many people with disability may benefit from, and contribute to, more accessible communities and new social and economic opportunities. For children, this is critical to having an inclusive community as a foundation.

Counting disability is complicated because it’s rarely the way children see themselves. Rather, they speak about what supports them to feel a sense of belonging in their local school and community and what helps them build real friendships and relationships. They also talk about the barriers that make belonging difficult, like loneliness, ill-treatment and lack of support.

Children don’t define themselves by their disability, but rather what makes them feel supported and included. from www.shutterstock.com

Children and young people with disability are often positioned as passive recipients needing assistance through family, friends and services. Research with children and young people themselves, however, shows they want to be recognised for their active contribution to their families and wider networks. Their positive identity is more important to them than their support needs.

One of the interesting changes since the introduction of the NDIS is that families and service providers are now also using the “need for assistance” definition of disability, which is consistent with the inclusive vision from the UN Convention. Their advocacy with this definition means support for young children in Australia has expanded already even though the NDIS is still growing.

Children receiving disability support are now more likely to use it while they are with other children in their community, rather than in separate services. Families’ capacity to demand these inclusive services recognises the rights of their children to get the support they need to enjoy their childhood and have the same options as their peers in the future. These trends are also consistent with the insurance approach of the NDIS: that assistance now is an investment for later.

The increase in the numbers of children and young people with disability may reflect families’ optimism about having their children’s needs met in the new NDIS world. It certainly promises to replace long waiting lists and capped places of previous systems. The census numbers reinforce the higher number of children in the NDIS than expected, which is upsetting NDIS estimates. The NDIS has detailed data about people using the scheme. This will not resolve the question about the total number of people with disabilities though. People receiving NDIS packages are those likely to already be those identified in census data as needing support.

Data collection in schools has also recently improved with the introduction of the Nationally Consistent Collection of Data for school students with disability. Most children and young people participate in the school system, so these data will inform understanding about adjustments to support students in their education.

Bringing these large data sets together means we can understand the types of supports families need, and where there are service gaps between schools and the NDIS.

Lessons from data need to be discussed alongside the expectations and experiences of children, young people and families to ensure they’re getting the support they need. This will help children enjoy the opportunities of childhood, rather than the current disproportionate but necessary focus on dismantling barriers to belonging.

Karen R Fisher is a Professor at the Social Policy Research Centre, UNSW and Sally Robinson is a Senior Research Fellow at the Centre for Children and Young People, Southern Cross University