Changing the lives of Indigenous Australians through education is a bit like trying to walk up an escalator that is on its way down, but it is possible to reach the top, writes Professor Richard Henry. 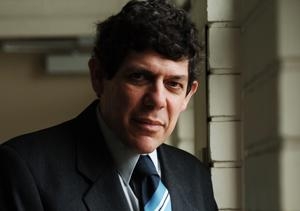 OPINION: Changing the lives of Indigenous Australians through higher education is a bit like trying to walk up an escalator that is on its way down. You need to concentrate on every single step and keep moving if you are going to make any progress. But, it is possible to reach the top.

I have worked in higher education or over three decades and have been closely associated with indigenous education programs at the University of NSW, first in medicine and later as deputy vice-chancellor (academic). I believe education can be truly transformative and I have met many, many passionate, committed, genuine people who want to make a difference in this field.

But, I have also learned just how hard it is to effect change. Although UNSW can claim some successes – like the highest number of indigenous medical students currently enrolled and most law graduates of any Australian university – indigenous Australians nationwide remain acutely under-represented in universities and, consequently, in the professions.

The federal government’s new goal of almost doubling indigenous university participation rates is laudable. However, our own experience tells us that even with all the good will in the world – and the drive, aspiration and ambition that is evident among our indigenous applicants – there is no guarantee of success.

You might, for example, enrol a group of high-achieving indigenous students in law, medicine and engineering and support them in essential practical ways such providing on campus accommodation. But, one student might not turn up for his hospital rounds. This is not an issue of competency or commitment. Rather, the student couldn’t afford the stethoscope he needed for clinic experience and was too embarrassed or ashamed to explain, so walked away.

It is this kind of personal experiences at the coalface that has made it abundantly clear that the most important role universities and governments can play in promoting Indigenous participation is to clear away the many obstacles along the way to tertiary qualifications. This doesn’t mean special treatment, per se. Indigenous students at UNSW expect to be held to the same high academic standards as every other student.

It does, however, mean recognising the need for a solid long term support structure which engages potential indigenous students before their final years of high school. No student can be expected to succeed at university unless they have the core academic skills to do so. You cannot, for example, keep up in an engineering degree without a solid background in maths or succeed in exercise sciences without chemistry.

Many students in remote rural high schools, however, do not have access to the same level of academic support in their critical high school years as city students. This is where an outreach program like UNSW’s winter school can ensure indigenous students reach the end of high school with the right academic tools to go onto degree courses at university. Merely putting on summer bridging courses after the HSC is far too late.

We are fortunate to have a number of philanthropists who are supporting both our pre-university programs and providing scholarships for indigenous students, such as the Balnaves Foundation, which has donated $1.5 million to help fund a new indigenous centre: Balnaves Place – Home of Nura Gili. UNSW now has 263 indigenous students and aims to increase that number to 500. This is not a token goal; it is about reaching a critical mass.

Over the years we have witnessed the additional pressures felt by indigenous trail-blazers. To be “the first” or even “one of the first” indigenous students in a particular field often comes with expectations to serve as a role model or advocate for the indigenous community; when merely getting through a competitive professional degree is challenging enough for any individual. With larger numbers of Indigenous students across more courses students will simply be able to get on with their studies.

A great deal is made of aspiration and self esteem as the key driver of change. In my view, this risks patronising Indigenous communities which already have aspiration in spades. Feeling good about yourself and the future is critical if we are going to get any disadvantaged student interested in studying at university. However, we only have disappointment to offer them unless we are certain they are properly prepared academically and we are properly prepared to support them.

That’s why we are moving away from a social work and counselling model to an educational model, with an unashamed emphasis on putting in place the essential academic tools to succeed.

This means being prepared to constantly re-evaluate our own programs and to respond quickly enough to shortfalls to prevent any individual students falling through the cracks. There is no single blueprint or roadmap for closing the opportunity gap in higher education. However, merely acknowledging the complexities is progress in itself. That so many educators are now approaching Indigenous education as a long, hard, but invaluable, slog is a step forward.

Ultimately, universities want exactly what Indigenous students want. That is for indigenous graduates to stand on the stage and accept their testamurs knowing they are receiving them not out or charity and not to somehow undo the wrongs of the last 200 years, but because they earned them.