After years of neglect, living conditions in China's state-run orphanages have greatly improved but challenges remain. A UNSW panel on 9 August will discuss what the future hold for the country's orphans. 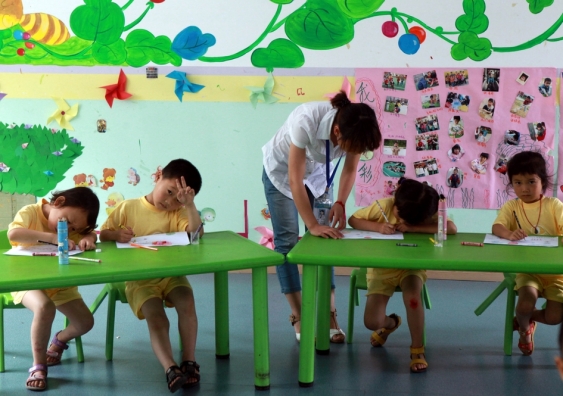 Linda Shum is a retired Queensland school teacher who spent years navigating Chinese bureaucracy to help children with disabilities who were languishing in state-run orphanages, a legacy of the country’s One-Child Policy.

UNSW Associate Professor Xiaoyuan Shang is a leading international expert in the study of social welfare provision to vulnerable children in China, and her work has helped drive improvements for orphaned children in the country’s state institutions.

On Wednesday 9 August, both will join ABC journalist and author Jane Hutcheon for a conversation about China’s orphan welfare system and what the future holds for them.

Hutcheon is the author of China Baby Love, which tells how Linda Shum spent two decades working to establish and maintain foster homes and a special-needs school in China, through her organisation Chinese Orphans Assistance Team.

But Shum’s story isn’t the story of every orphanage in China.

Shang, Associate Professor at UNSW’s Social Policy Research Centre (SPRC) and a Professor at Beijing Normal University, says that in the past 20 years, state care in China has shifted away from institutional care and towards alternative care that recognises children’s rights to an inclusive childhood and adulthood.

Shang and SPRC colleague Professor Karen Fisher have just published the book Young People Leaving State Care in China, which reviews changes in policy and practices that affected the generation of young people who grew up in state care in China during this time. Their previous book Caring for Orphaned Children in China summarised more than a decade’s research on China’s welfare system.

“Owing to the efforts of individuals and government and non-government organisations, the living conditions of Chinese orphanages have improved greatly. Many of these children now grow up in state foster care instead,” Shang says.

What: China’s Orphans: Hope for the Future?