China expert Laurie Pearcey has been jointly appointed the inaugural Director of China Strategy and Development and Director of the Confucius Institute. 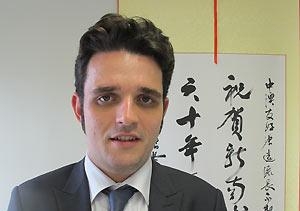 Former Chief Executive Officer of the Australia China Business Council, Laurie Pearcey, has been appointed the inaugural Director of China Strategy and Development at the University of New South Wales.

The position, based within UNSW International, aims to promote research collaborations with Chinese institutions and industry partners.

“UNSW is one of Australia's top ranked universities for ARC linkage grants and has a track record of strong industry linkages – my role is to use this proven model as a blueprint for increasing the University’s engagement in China,” said Pearcey.

“China has embarked on the largest investment in research and development in the history of our planet and has identified areas such as renewable energy, the digital economy, biotechnology and bimolecular sciences as major sectors for growth – UNSW's position as a research intensive university with strengths in these areas means we are an obvious partner for China's growth.”

Pearcey will hold a joint position as Director of the Confucius Institute at UNSW. The Institute is partnered with China's prestigious Shanghai Jiao Tong University and facilitates student and academic exchanges including opportunities for multi-disciplinary research, Chinese studies and advanced Chinese language training.

As CEO of the Australia China Business Council, Pearcey led the Council’s strategic engagement with the Chinese and Australian governments and represented major industry stakeholders in the Sino-Australian trade and investment relationship.  He was strategic advisor to some of Australia and China’s largest and most influential corporations, working closely with companies such as Rio Tinto, ANZ, ACCOR Hotels, Qantas Airways, QR National, British Gas, Huawei Technologies and Yancoal.

Pearcey is a UNSW alumnus and Scholar of the Order of Australia Association Foundation and was a Visiting Fellow in Pacific and Asian History at the Australian National University.

He is a fluent Mandarin speaker and has worked in broadcasting with China Central Television.