Console games are no longer banned in China, opening up a huge market for manufacturers. But can they succeed in a culture where consumers are used to getting their software and games for free, asks Thomas Apperley. 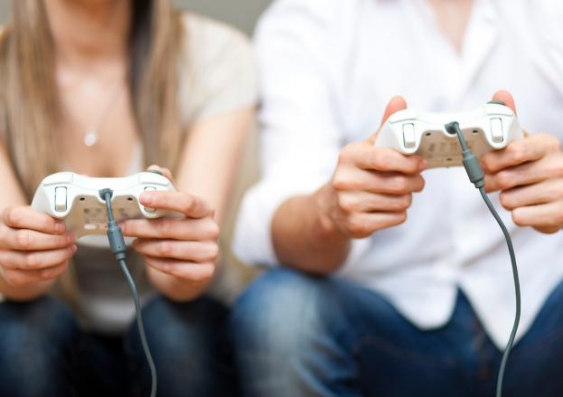 OPINION: The relaxation of a ban on the sale of video game consoles in China has opened up an enormous market for the three big console manufacturers.

The sudden opening has already precipitated a surge in Nintendo’s share price, even as its new Wii U console moves off shelves slower than its rivals – Microsoft’s Xbox One and Sony’s PlayStation 4.

The ban was enacted in 2000, to “protect China’s youth from corruption”. The unprecedented growth of computer gaming in the following decade has meant that this ban did little to “protect” Chinese youth, but it has shaped video game habits and preferences in a particular way.

The majority of gaming in China is done on personal computers. In most other major video game markets, computer gaming only constitutes approximately 10% of the market.

Sony and Microsoft made major inroads into the Asian games market during the previous generation of consoles. Their dedicated networks, PlayStation Network and Xbox Live respectively, allowed digital distribution of games, reduced fears of rampart digital piracy impacting on profitability.

Both PlayStation Network and Xbox Live services are already available in Taiwan and Hong Kong, and both provide full support in the Russian Federation, Mexico, Brazil and India – the other key growing economies that are yet to embrace consoles to the same extent as other markets.

A parallel development is the Zeebo, a console aimed specifically at the developing world, which is now available in Brazil, Mexico and India, and had been scheduled to enter the Chinese market in 2009.

Many commentators fear that the opportunity to create a market for console gaming has been missed because of the widespread use of mobile phones and tablets as gaming platforms. Nintendo’s reluctance to license its iconic intellectual property – like Mario Bros. and Legend of Zelda – for use on anything but its own consoles could prevent the company from cashing in.

And all three console manufacturers face a market where personal computers shape the genres and aesthetics of the games that are played. Since the ban was put in place, the Chinese government has invested US$1.8 billion dollars into the development of online games, often set against the backdrop of Chinese history or literature.

A threat of censorship

There is the very real possibility that some games will be censored, particularly games that deal with the geopolitics of China in an unfavourable light. The cult World War Two strategy game Hearts of Iron was banned in China in 2005 after it portrayed Tibet as an independent nation.

Blizzard has also had some difficulty bringing World of Warcraft to China, and had to change various graphic elements of the game to remove imagery of blood, bones and severed heads. But the games industry has easily dealt with similar culturally specific prohibitions in other jurisdictions, like Australia.

Digital piracy remains a real concern. China has a poor record for the protection and enforcement of intellectual property rights. This has created an environment where PC consumers are used to getting software and games for free.

It will be difficult for companies entering the software market to change consumer opinion. The predominance of piracy means that networks for distributing pirated games and software already exist. Digital distribution may be able to curb this.

Despite these challenges, the lifting of the ban will serve the the global gaming industry well. At the very least it will serve to formalise the large “grey” bootleg market for consoles and gaming software in China.

Nintendo may have a marginal advantage. It has been in the Chinese market for years through a loop-hole which permits so-called “plug and play” consoles. The iQue Player looks like the controller for a standard console, but it contains a small hard-drive from which games can be played directly when plugged into a television.

Often lost in the discussion of this substantial shift in Chinese policy is the notion of exchange. In strict commercial terms the opportunities are enormous.

But it would be a pity if the benefits of changes were limited to game companies and their shareholders. There may also be the opportunity for Chinese games, and China-based game developers and gamers to add to the global gaming experience.

Thomas Apperley is a Senior Lecturer in Game Studies in the School of the Arts and Media, UNSW.