For 20 years China's foreign policies were a model of the subtle but effective pursuit of self-interest. But in the past two years, they have seemingly lost the plot, writes Ross Buckley. 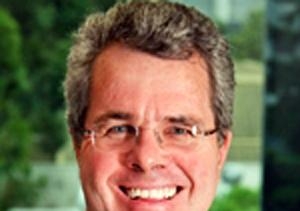 OPINION: For 20 years China's foreign policies were a model of the subtle but effective pursuit of self-interest. But in the past two years, the middle kingdom has seemingly lost the plot.

For years, in classes about our region, I would contrast the use by Japan and China of aid funds to secure influence. Every year Japan would heavily outspend China on regional aid, and achieve far less bang for their yen. Japan funded worthy projects that gave its neighbours what Japan believed they needed, and what they often did need. China, on the other hand, gave what recipient governments wanted. It was as if Japan was the parent who knew best, and China the grandparent who bought soft toys and ice cream.

Japan behaved like a stern parent. As the developed nation in East Asia, it acted as if it was entitled to tell other nations how to solve their problems. China behaved like a good friend who listened first, and then helped.

Unsurprisingly, China won friends and influenced nations, whereas Japan spent a lot of money and did a lot of good, but not much for itself. All this started to change about two years ago with the rise of Chinese bellicosity.

This week China announced it will station a garrison on islands it is claiming in the South China Sea and appointed 45 legislators to govern them. Yet a quick look at the Spratlys on any map shows the validity of the Philippines', and perhaps Vietnam's, claims to them and the silliness of China's. China bases its claims on history, but they make as much sense as New Zealand claiming Tasmania because Abel Tasman discovered it on his way to discovering New Zealand.

Formerly China would have sought exploration rights over the Spratlys by offering the Philippines and Vietnam production sharing deals coupled to large amounts of aid and large, cheap loans. Today China bases its claims not on persuasion and largesse, but on military might.

This week in Beijing, the Opposition Leader, Tony Abbott, has been lecturing China's leaders on the need for political reform. This will produce resentment, but not change. Given the massive challenges China's leadership faces, Mr Abbott's views are inconsequential. He should stop drinking Red Bull and writing his own speeches, and give the job to experts.

The previous US administration fixated on the Middle East and ignored East Asia. The Obama administration moved quickly to rectify this oversight but conventional wisdom said the US was so resented that reclaiming its former regional influence would be likely impossible.

China's aggression has solved this problem. It has so scared regional nations, they have been lining up to ask the US to re-engage. The Philippines has asked America to re-open Clark Air Base and Subic Bay, bases the Filipinos ordered closed more than 20 years ago. The US announced last month it will move the bulk of its navy to the Pacific, so that 60 per cent of its fleet will be based in our region by 2020. And last week Indonesia agreed to send its newest Sukhoi fighters offshore for the first time - to Australia for joint training exercises. The US has gone from being the resented imperialist to every regional nation's new best friend.

Australia has recent first-hand experience of this new Chinese approach to ''diplomacy''. One month ago, a former senior Chinese army officer said ''Australia has to find a godfather sooner or later. Australia always has to depend on somebody else, whether it is to be the 'son' of the US or 'son' of China." At the same time China's Foreign Minister told ours that our dependence on the US for security was a relic of the Cold War.

International messages are usually delivered with exquisite politeness. China's messages had the subtlety of a schoolyard bully - words like ''godfather'' convey a palpable sense of threat. How can China imagine that threatening us will cause us to trust them in security matters? How can threats to us, and to our neighbours, do anything but cause us all to cleave ever closer to the US?

China is the regional superpower. It now has real muscles to flex, and perhaps doing so provides some sort of steroidal satisfaction. But it is satisfaction at the expense of China's national interests. China's former course of building its soft power and trustworthiness was far better calculated to advance its own interests. Its current behaviour has seen American influence rise in the region far more than anyone believed possible three years ago.

Some folks in Beijing are also imbibing deeply of the Red Bull. They need to stop, for their sake, and ours. China is usually much, much smarter than this.