Opinion Chinese push in the South China Sea must be resisted 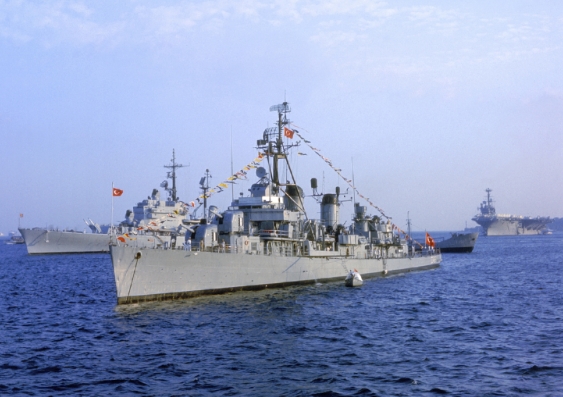 OPINION: In a recent opinion piece for this newspaper (‘No Offence’ Won’t Do as a Basis for China Ties), Griffith University’s Andrew O’Neil argued that some influential Australians are reluctant to offend China, a form of self-censorship that risks undermining our foreign policy independence.

O’Neil is right, but he might have gone further. Members of the “no offence” school often portray the US as the provocateur in the various disagreements and disputes it has with China. This is despite the fact that China has prospered under the US-led international order.

In this vein, much of the Australian commentary on the worsening South China Sea dispute has been critical, either directly or by implication, of the tougher stance adopted by Washington in response to China’s extensive land reclamation activities in the Spratly Islands.

The US response has been variously described as needlessly inflaming a fraught situation, risking a military conflict with China and a calculated ploy to deny China greater strategic space in Asia.

Fairfax columnist Hugh White, for example, believes US policy makers have long believed that the territorial disputes in the South China Sea are a strategic opportunity rather than a problem for the US, allowing them to “cast Beijing as a bullying and aggressive rising power and themselves as the indispensable guardians of regional order and international law”.

These portrayals misrepresent the main causes of the rising tensions in the South China Sea and the issues at stake for Australia and the region.

The genesis of the current imbroglio was Beijing’s 2012 decision to prioritise the South China Sea and initiate an extensive, unprecedented land reclamation program on disputed islands that it occupied or planned to occupy.

Although not illegal, China’s land reclamation has been carried out with scant regard for international norms, regional sensitivities and the competing claims of other Southeast Asian states.

In the process, China has ignored the dispute resolution mechanisms of the UN Law of the Sea Convention, to which it is a signatory; showed little interest in reaching agreement with ASEAN for a code of conduct in the South China Sea, which would have defused much of today’s tensions; and has used particularly harsh and uncompromising language to reject opposing claims.

Furthermore, the destructive dredging and “terraforming” of fragile reefs into artificial islands has wrought substantial environmental damage on the marine ecosystem of the South China Sea which is home to 10 per cent of the world’s fish and one-third of its coral reefs.

Far from provoking China, until last month the US had allowed China to progress its gamechanging reclamation program for nearly two years with barely a diplomatic murmur of protest.

Faced with a multitude of foreign policy crises elsewhere, a distracted President Obama has been clearly reluctant to confront China on what he sees as a non-core issue for the US, attracting widespread criticism domestically, and within the region, for his inaction and passivity.

Even after Washington toughened its position on China’s land reclamation activities, new US Secretary of Defence Ashton Carter has been measured in his criticisms, proposing a moratorium on all land reclamation in the South China Sea, not just China’s.

Contrary to the views of critics, the US is not going to needlessly provoke China by flying directly over, or sailing through, the 12 nautical mile territorial zone that China could legitimately claim over natural islands it occupies.

But under international law, China is entitled only to a 500metre safety zone around rocks or reefs that are under the water at high tide, regardless of what artificial structures are built on them.

So the US can legitimately assert freedom of navigation closer to such structures on the two islands occupied by China which meet this condition, Mischief and Subi reefs.

The South China Sea reclamation raises important issues of principle and policy for Australia that are ignored by those who frame the dispute in terms of SinoUS strategic competition.

The central question for Australian defence and foreign policy is whether we ought to comply with, or oppose, China’s use of force to advance its territorial claims and perceived national interests in the South China Sea where important Australian trade and security interests are also engaged.

Doing nothing equates to compliance, making it more difficult to prevent China from seeking further territorial gain, or unilaterally imposing its desired outcomes on the region at a time, and place, of its choosing.

But if China’s actions are contrary to regional stability and the established international conventions for dispute resolution, then what can Australia do?

The answer is we can do much more than sceptics and the “no offence school” allow.

The thrust of our policy must be aimed at defusing tensions in the South China Sea by working in concert with other countries of similar mind, not just the US.

Diplomatically, Australia should call on all claimant states to freeze land reclamation activities and urge China and ASEAN to immediately begin serious negotiations for a code of conduct in the South China Sea that includes specific measures to prevent the militarisation of disputed islands.

Since China has offered to allow other countries the use of “civilian facilities” it is building on the islands for search and rescue and weather forecasting, we ought to take up this offer.

We should also ask Beijing to clarify the precise extent of its opaque ambit claim to 90 per cent of the South China Sea and to submit to the dispute resolution mechanisms enshrined in UNCLOS as an indicator of its willingness to shelve its territorial claims in the interests of regional stability and joint development of the sea’s resources.

It would be unwise to participate in joint air and naval patrols with the US around the Spratly Islands as this would only play to Beijing’s narrative that the US and its allies are ganging up on China.

Australia can more effectively assert the principle of freedom of navigation by continuing national patrols in the South China Sea, including within 12 nautical miles of facilities built on submerged rocks and reefs.

Such a policy should be able to attract bipartisan support in Australia, including from the Greens, who no doubt will be concerned about the environmental damage that land reclamation is wreaking on the formerly pristine reefs of the South China Sea.

Alan Dupont is Professor of International Security at UNSW and a nonresident fellow at the Lowy Institute. Alan was recently appointed as The Australian's contributing editor on national security.

Australia caught in the US-China crossfire