Inner city Australians enjoy a higher standard of living than their suburban and rural counterparts, according to new research from UNSW’s Social Policy Research Centre. 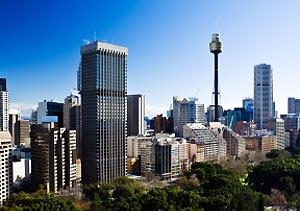 Inner city Australians enjoy a higher standard of living, higher incomes and are more socially engaged than their suburban and rural counterparts, according to new research from UNSW’s Social Policy Research Centre (SPRC).

The report describes deprivation as the inability to afford the ‘essentials of life’– the items that at least 50 per cent of the community believe that no Australian should have to go without. The items are grouped into six broad categories of need: material; health-related; accommodation; children; social functioning; and risk protection.

Data was collected in a survey of more than 2,600 adults drawn at random from the 2010 electoral roll.

Report author, Professor Peter Saunders, said the SPRC study is unique because it considers a range of well-being measures.

“Unlike other studies that examine differences between postcode or census districts, our study asked people how they ranked different aspects of their lives and their satisfaction levels.”

“Where Australians are living can exert an important influence on their opportunities and living standards,” he said.

The report is co-authored by Dr Melissa Wong.