The current political meltdown is not all about personality issues - the party is at war because there are traditions jostling for dominance, argues Lindy Edwards. 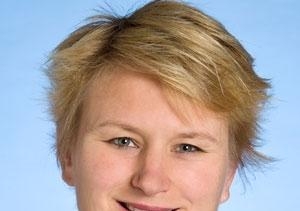 OPINION: It impoverishes our politics when we are told political meltdowns are about nothing but personality. I watched as the same diatribe followed the collapse of the Democrats, and it could not have been further from the truth.

Pundits reduced the collapse of the Democrats to a ''scrag fight'' between Natasha Stott Despoja and Meg Lees, saying it was nothing but personality. The reality was entirely different. The Democrats emerged in the 1970s during the stand-off between big business and big Labor. They began as a centrist breakaway from the Liberal Party that represented ''small l'' liberal values.

During the 1980s, Labor embraced economic rationalism and moved to the right. Suddenly the Democrats found their policies positioned them on the left of Labor. A new generation of members joined the party seeing it as a leftist party.

A similar failure to engage in the nitty gritty is happening in the analysis of Labor's implosion. The reflex to dismiss outgoing ministers' explanations for their discontent with the Gillard leadership and to reduce it to personality clashes erodes the national debate.

The Labor Party currently has three competing traditions jostling for dominance. It has its old blue-collar tradition based in the union movement that was traditionally socially conservative, suspicious of big business, and saw a strong role for government in reducing the scope for the rich to exploit the poor.

A second tradition was the Hawke-Keating tradition, which argued that robust economic growth was essential for providing the material conditions of the working classes, and to being able to afford a welfare state. They tended to overlook the exploitation in markets and focused on being able to compensate the free market losers through a robust safety net or the ''social wage''.

The third tradition sprang from the liberation movements of the 1970s. It sought to tackle the next generation of challenges to social equality by addressing the marginalised status of women, Aborigines, migrants and gays. This generation also embraced saving our environment as a core ethical norm.

Gillard has strongly positioned herself in the first old blue-collar tradition since seizing the leadership. It is a response to a lot of Labor's traditional supporters feeling betrayed and abandoned by the Hawke-Keating government.

Gillard's approach was writ large in her recent statements that Labor is not a social democratic party or a progressive party but a Labor party. It has also been evident in Swan's critiques of the risk of growing wealth inequality, and the attacks on big miners and big banks he saw as misusing their power.

When old war horses from the Hawke-Keating era, such as Martin Ferguson, attack Gillard for abandoning their philosophy and engaging what they describe as ''class warfare'' it should be an issue of some discussion. They argue that Labor cannot win if it is attacking big centres of economic power and that it should seek to work in partnership with them. Others argue that Labor sells its soul as a party of social justice if it does not hold such players to account.

This is not just personality politics. This is big questions about what it means to represent people, what social justice looks like, and how it can be best achieved in the modern world.

This is not the only question of philosophy being contested. Gillard has also staunchly pushed a socially conservative view on most of the liberation movement issues.

Her stances on boat people, 457 visas and gay marriage have been particularly disappointing to many progressives. People have also, I think rightly, detected that she thinks jobs are more important than climate change.

On these issues, Gillard is quite different to Rudd. Rudd's signature achievements were big liberation movement issues, such as the apology to the stolen generations, softening the line on refugees, signing the Kyoto Protocol, and his advocacy for action on climate change. Many in the caucus will have gravitated to the Rudd camp on these grounds.

There are, of course, other issues at play, and the question of how people govern is as problematic as the philosophy that guides their decisions.

The Labor caucus has had to choose between Rudd's narcissistic suicide bomber tactics and Gillard's tendency to put strategy before policy, which isn't a pretty choice.

But as our elected leaders weigh the many competing issues, we should at least do them the service of acknowledging the challenges they are wrestling with, and not just reduce it to personality politics.

Dr Lindy Edwards is a Senior Lecturer in Political and International Studies at UNSW Canberra.