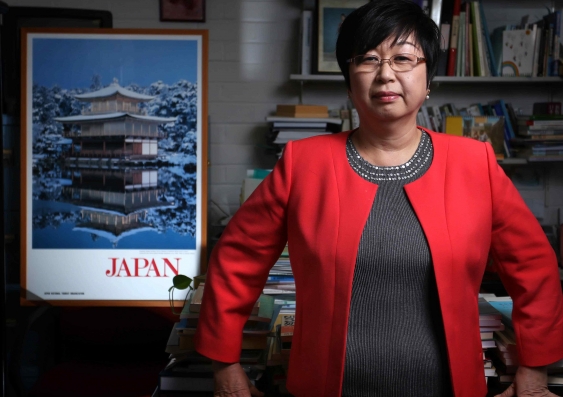 On the eve of the International Conference on Japanese Language Education, convenor Professor Chihiro Thomson tells Uniken about the success of UNSW's Japanese Studies program.

A School of Humanities and Languages professor, Thomson wears a summer kimono to her first undergraduate lecture each year, upholding a decade-long tradition followed by some of the Japanese Studies team.

“There’s nothing symbolic about it, it simply makes students take more notice,” she laughs. “We do it to get our students excited about learning Japanese.”

It seems to have worked. UNSW is home to one of the largest Japanese programs in Australia, with more than 1,000 students enrolled each year. Thomson has been an integral part of the success, having worked at UNSW for more than 20 years.

Her commitment hasn’t escaped the notice of the federal government, which honoured Thomson and her six member team with an award in 2012 for being some of the “most inspiring” teachers in Australia.

Thomson has long wondered why Australia has failed to produce more proficient speakers of all Asian languages.

“It’s the system itself that is against language learning,” she says. “Students are offered little incentive to continue beyond high school and often drop their language subject for the HSC. What is needed are better pathways for study from school to university.”

Read the full story in the latest issue of Uniken