Consent: it's time to change curriculum conversation, and culture

When it comes to sexual consent, we need to talk often and earlier, before it’s too late. 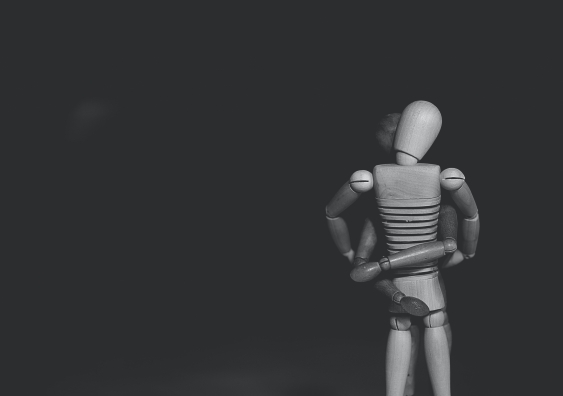 Consent education needs to be taught from a young age and feature prominently in the school curriculum, activist Chanel Contos said. Photo: Unsplash.

How young is too young to talk about consent?

For author and broadcaster Yumi Stynes, there is no such thing as too young.

Ms Stynes recently took part in a discussion on consent education with activist and the founder of Teach Us Consent, Chanel Contos, as part of a Social Sciences Week event co-hosted by UNSW Centre for Ideas and UNSW Arts, Design & Architecture.

The conversation, moderated by journalist Avani Dias, explored current failings around teaching young people about consent, and the need for better education in schools and in the home.

Consent in the curriculum

Ms Contos, a UNSW Bachelor of Commerce/Arts alumna, has become one of the leading advocates for consent education after her online petition began to reveal thousands of stories from young women who have been victims of sexual assault.

“I decided to focus my attention on schools because that was my environment for learning consent and where I did so too late. I see education as the largest catalyst for social change in the country,” Ms Contos said.

Ms Contos said consent education is inadequate and even absent entirely in schools.

Even if young people are introduced to the idea of sexual consent in high school, it is often far too late. By year 10, half of Australian students have been in a sexual situation.

“I think [consent] is harder to grasp later; that’s why it is so important to start [young],” she said.

“The first time I was formally introduced to consent, and those concepts being related to sex was when I was in year 10,” Ms Contos said. “We had an external speaker come in, and he told us the legal side, the police implications, criminal implications.

“I remember that insanely clearly because it was the same moment that me and many of my peers realised that we hadn’t given consent to situations, and therefore we had experienced sexual assault.”

Ms Contos said consent needs to be introduced earlier and covered more thoroughly in the sex education curriculum, which shouldn’t just be about biology.

“When you learn about sperm cells and egg cells…you should also be learning about consent in that conversation,” she said.

Ms Contos said having a standardised approach to consent education nationally would be one approach to give young people equal access to information.

“It means that we’re all receiving the same information, but then it’s up to every single individual teacher to relay that content in an appropriate way, in a productive way, which is obviously always hit or miss.”

Read more: Three trauma takes that the media gets wrong

Consent conversations in the home

Ms Stynes said that alongside formal consent education, parents also need to engage their children in consent conversation in the home.

“As a realist and a parent, I have to assume that school can’t do this for multiple reasons, and I want it to, but I’m going to fill that gap as a mum,” Ms Stynes said.

“I’m giving my kids the tools that I can be really fluent in the concepts that surround and are deeply ingrained in consent because it’s quite complicated, it’s more than just, ‘yes’ means yes and ‘no’ means no.”

Ms Stynes said there should be no age restriction for when consent conversations begin.

“You just keep bringing what’s relevant to them and updating the information regularly. But the key thing to do also is to lead by example with young ones. So, to show them that they actually have a say over what happens to their bodies.”

But there is also an appetite from young people to learn more about sexual consent, Ms Stynes said.

“I think they’re actually very thirsty for this information; they really love the candidness and honesty of it,” Ms Stynes said. “For the most part, these kids want to be doing the right thing; they want some guidelines; they want some clarity, and in the absence of it, there is a lot of guessing. They need all the information that they can get.

“They need it spelt out that sometimes no is communicated through body language, through silence, through going quiet on your phone, there’s a bunch of ways that people say ‘no’, that never use the word ‘no’.” 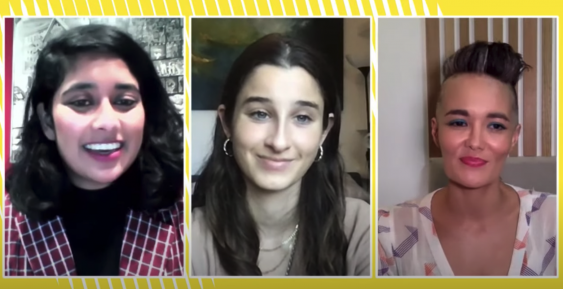 Read more: Explainer: what is a 'positive duty' to prevent workplace sexual harassment and why is it so important?

Both Ms Stynes and Ms Contos said the dialogue around consent had reached a tipping point this year, and it was time for policymakers to respond seriously.

“We’re not just educating a new generation of children, we’re re-educating everyone who has already gone through society up until this date when they have been socialised by norms and attitudes towards gender and sexuality that have made sexual assaults are prevalent,” Ms Contos said.

With the Australian curriculum due to be updated this year, Ms Contos said it was an opportunity that must be taken to include consent education.

“It is super essential that we keep the momentum going,” Ms Contos said.

“Getting it in the curriculum would be a big first step. Getting it in the topic of conversation, and at least having that idea in people’s heads, and then hopefully people’s parents, the public and the media we engage, and everything contributes to a better understanding of consent.

“Even if the government doesn’t change their policies, even if the curriculum doesn’t get updated, the fact that there are thousands of people around Australia who have normalised talking about sexual assault and feel more comfortable doing that, maybe that means they’ll speak to their children about that, and that will have a difference.”