Both Israeli and Palestinian families have been caught in a vicious cycle of violence and are paying an immeasurable price so Israel can have its illegal settlements, write Bassam Dally and Peter Slezak. 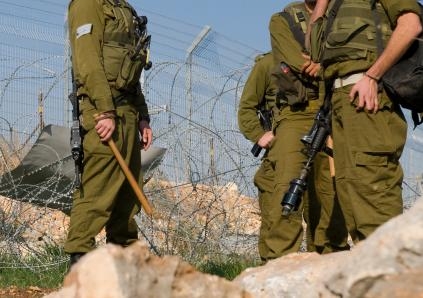 OPINION: Fatima Ismail Issa Rushdi was 12 years old when she became a Palestinian refugee and moved to live in a temporary refugee camp in the North of Hebron.

Fatima suffered a heart attack when Israeli soldiers approached her street, last week, and died a day later in hospital. She lived most of her miserable life under one sort of occupation or another and died worried, distressed and frightened.

While no one would have predicted the events that unfolded in Occupied Palestine following the disappearance of the three young settlers on June 12, close observers have warned of this escalation for quite some time. The friction between the Palestinian community and the Israeli settlers has intensified over the last period with a reported threefold increase in settlers’ violence towards the Palestinians, their homes and their fields. In the first quarter of 2014, human rights groups have documented 203 unprovoked attacks on Palestinian targets.

Besides settler attacks, the Israeli army has more than doubled the number of arrests of Palestinian children. A European human rights watch group has documented the arrest of 790 Palestinian children in January and February of this year, alone, 495 of whom were kept under arrest for more than one week, interrogated, with reports of torture. Defence for Children International (Palestine) reports that 204 Palestinian children as young as 12 are jailed by Israel. Statistics also show that Israeli forces have killed a Palestinian child every three days since the year 2000.

Israel has also arrested Palestinian prisoners who were released as part of the deal with the Hamas movement in return for the release of Gilad Shalit. Israel holds 5700 Palestinian activists in prison, with 300 under administrative detention. Those detained administratively are kept in jail without trial for years. A week ago those detainees stopped their 122-day hunger strike surviving on only water and salt. This grim reality of life for the Palestinians is compounded by the failure to reach any peace deal with the Israelis, with no hope for change in the immediate future.

Meanwhile, the streets are boiling, and anger is directed at the Palestinian Authority for the security co-operation, which is helping to keep a tight control of the population. Nevertheless, the PA has elected to pursue diplomacy and non-violent resistance. The latest agreement between the PLO and Hamas has signalled that Hamas is also subscribing to this message. The deal was greeted with cautious optimism by many Palestinians. The formation of a new unity government, mainly of technocrats, has also given many a new hope and paved the way for new elections in the next few months.

The Israeli government led by Benjamin Netanyahu is perhaps the most right wing, hawkish, government in Israel’s history. There are clear signs that the Western world is concerned about the Netanyahu’s government expansionist settlement policy; and his call to reject and boycott the new Palestinian unity government fell on deaf ears.

The Israeli teen deaths provided an opportunist incident that will attract the world attention and will give the Netanyahu government the trigger to divert international pressure, isolate Hamas and break the new unity government.

All the evidence points to the fact that the kidnapping and killing of the three young settlers was an opportunistic criminal act by a fringe group. This is also supported by the fact no one has taken responsibility for this act, including the Hamas movement. Yet the Netanyahu government has used this tragic event to blame Hamas for the kidnapping and to lay all the responsibility on the Palestinian president for negotiating a power-sharing agreement with Hamas. There is no sense in the claim that a national unity government in Palestine, formed by technocrats, is a security threat to anyone. Israel’s response was ­vicious and calculated.

While the government and the media knew that the three young settlers died two weeks earlier, the military operation continued unabated. During this period, 1300 homes were invaded, 500 Palestinians arrested, 120 injured and 12 were killed. Israel has also bombarded the Gaza Strip, claiming to target Hamas sites.

However, most disturbing are the open calls for vengeance by the Israeli government and even sections of the Israeli public, which has spurred horrific attacks on defenceless Palestinian children. Prime Minister Netanyahu was quoted as saying “Vengeance for the blood of a small child, Satan has not yet created.” Eyewitness accounts report two separate incidents where a settler car has intentionally hit children aged 9 and 12 and injured them seriously. In another, a boy aged 16, Muhammad Hussein Abu Khdeir, was kidnapped on his way to morning prayer at the local mosque, beaten and burned alive. His body was then dumped in a forest on the outskirts of Jerusalem.

We despair at the spin and political pointscoring while the blood of the Israelis and Palestinians is still fresh on the streets and in the forests. We despair at the selective expression of sympathy with one bereaved group of families and not the other by world leaders. But we must think of both Israeli and Palestinian families who have been caught in this vicious cycle and pay an immeasurable price so Israel can have its illegal settlements.

It is time to call for calm and reflection on both sides and to encourage kindness and humility, not vengeance and reprisals. We also dream of a new leadership that honours international law and human rights and seeks peace with justice for all.

Dr Peter Slezak is an Associate Professor in the School of Humanities and Languages, UNSW.

Dr Bassam Dally is a Palestinian-Australian Professor at the University of Adelaide.