The increasing use of on-the-spot penalty notices by police should have us concerned, a UNSW expert says. 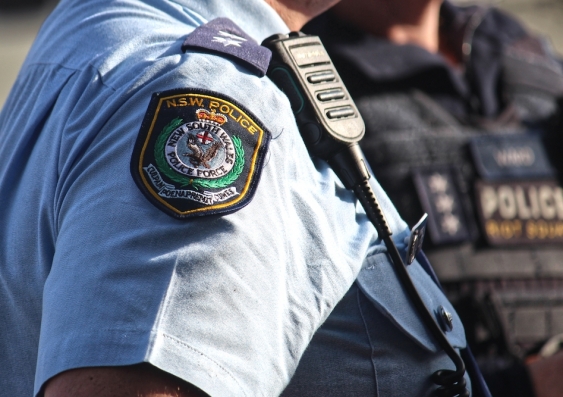 On-the-spot-fines handed out by police are nothing new. But criminologist Dr Phillip Wadds, UNSW Arts & Social Sciences, says their current use and potential expansion should have us worried.

“Since the early 2000s, we’ve seen growth in the number of on-the-spot fines given and also the range of offences for which they can be given,” the researcher says.

“It’s given tremendous power to police to establish on-the-spot guilt, without having to go through the scrutiny of the court system,” he says.

Justice in the streets

Police can fast-track punishment in several instances by dealing out an on-the-spot fine, without necessarily going through due process, Dr Wadds says.

Large numbers of minor offences, including stealing less than $300 in value, offensive language, offensive behaviour, unlawful entry, obstructing traffic and not complying with a move-on direction, are covered by the Criminal Infringement Notice scheme.

“Our courts are incredibly overrun, so expanding the use of fines through Criminal Infringement Notices has been seen as a big win by many,” Dr Wadds says. “If police can deal with something on the spot, they don’t have the same level of paperwork and evidence gathering, as opposed to something that would need to go through court.”

‘It’s given tremendous power to police to establish on-the-spot guilt, without having to go through the scrutiny of the court system.’

The perception that Criminal Infringement Notices keep people from more serious contact with the justice system is widely held, Dr Wadds says. But whether it’s ‘successful’ is debatable.

“The conclusion that they work is a very privileged one,” Dr Wadds says. “It’s underpinned by the assumption the recipient can pay the fine, which can be hundreds of dollars.”

Unlike the court system, police do not have to take into account the means to pay the penalty. An inability to pay a fine can result in further fines being handed down or having your license suspended.

It’s not unheard of that people can rack up thousands of dollars of debt, Dr Wadds says.

“In theory, it keeps people out of the criminal justice system but only if you can pay it,” he says. “But if we look at the research, it is pretty clear that they’re not particularly effective in deterring criminality ... and there are plenty of cases which lead to more severe charges, arrests and other harmful outcomes if you can’t pay the fine.”

Rather, the evidence indicates they are disproportionately used to punish the most economically and socially disadvantaged in our community, Dr Wadds says.

Marginalised groups, including Aboriginal people, people of colour and young people, in particular, are more likely to be on the receiving end of a Criminal Infringement Notice.

The use of Criminal Infringement Notices reflect the biases that permeate every level of our criminal justice system, Dr Wadds says.

“The system is certainly not neutral. If you look at the application, and the disproportionate impact it’s having on our most vulnerable … that’s the very opposite of neutral.”

He says the rise of on-the-spot fines is an example of the expansion of state power and the broader shift towards a criminal justice system administered increasingly by police.

By bypassing the court system, police are also less likely to be held to account, he says.

“With the increasing use of police discretion, there’s more chance that it can be inappropriately used ... and we know that most people do not pursue a legal defence, so they won’t have to face the examination of the court.”

The need to protect social justice

Dr Wadds says there have been calls, particularly from the police, to expand the use of Criminal Infringement Notices against the recommendations of research.

“It’s certainly not the argument from various commissions that have expressed concern about the net-widening effect such fines can have,” he says. “Many have recommended repealing offensive language laws, or at least, limiting application to language deemed to be abusive or threatening.”

If we are concerned with social justice, we should be looking to challenge its expansion, he says.

“The imposition and expansion of laws that are having harmful effects on our most vulnerable ... this is part of the creep of state power we should all be concerned with.”