Opinion The cost of mending defence

If Australia's defence planners can clearly identify the types of conflicts that are likeliest to engage the ADF, then the 2015 white paper should deliver an affordable and capable defence force, writes Alan Dupont. 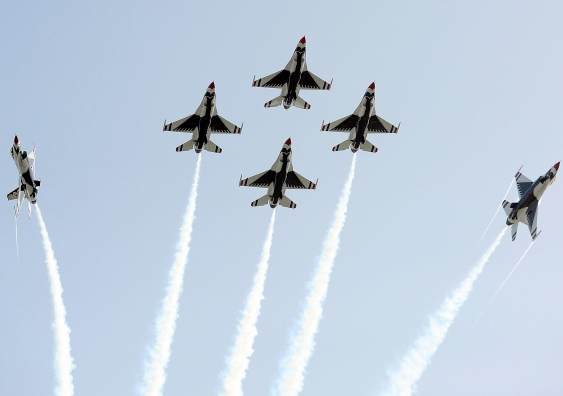 Unfortunately, these laudable goals are diametrically opposed. Given the size of the defence budget deficit, even if the government delivers on its promise to increase defence spending to 2 per cent of gross domestic product within 10 years, the planned defence force will still be unaffordable.

Cutting costs and obtaining greater efficiencies may produce an affordable defence force but it certainly won’t be a more capable one. That would require sustained spending of more than 2 per cent for at least a decade, a highly unlikely outcome barring a strategic game changer.

It is doubtful whether the Prime Minister fully appreciates the depth of the funding black hole defence confronts at a time when regional defence spending is accelerating, eroding the technological and strategic lead Australia’s relatively small defence force has long enjoyed.

Perhaps the best way to understand the seriousness of defence’s budgetary problem is to benchmark against Force 2030, trumpeted by the Rudd government in the 2009 white paper as “capable of meeting every contingency the Australian Defence Force may be required to meet in the coming two decades”. Capable it may have been but funded it was not. The subsequent savage cuts inflicted on Defence by Labor in pursuit of an illusory budget surplus effectively removed $18 billion from Force 2030 in the space of four short years, equivalent to nearly three-quarters of the annual defence budget.

This figure does not include additional ad hoc equipment purchases by Labor and the Coalition for 12 highly capable but expensive Growler electronic warfare aircraft and the recently announced decision to buy Triton maritime surveillance drones. Along with steady increases in personnel costs these enhancements will contribute a further $10bn-$12bn to the shortfall.

Confirmed or potential cost blowouts in existing and planned programs could add billions more, notably for the three Air Warfare Destroyers under construction and the yet to be designed Future Frigates, which will replace the Anzac-class ships scheduled to be retired from 2024-25. Defence bean counters, with classical understatement, acknowledge that the 2009 Defence Capability Plan detailing approved equipment purchases, is “over-programmed”, meaning there’s not enough money to fund what is already on the order book.

Officials are reluctant to disclose the extent of the funding shortfall across the next three years of the forward estimates.

However, experienced defence analysts estimate that nearly 50 per cent of the budget forward estimates is over-programmed and this could worsen to 80 per cent, jeopardising the viability of future defence budgets if not addressed.

To put this in perspective, even if a reluctant treasurer could be persuaded to conjure up an extra $3bn for defence in the coming financial year from the dwindling public purse, and this higher level of spending were to be sustained for the next decade, Force 2030 and its considerable post-2009 enhancements could not be delivered. The government may soon come to realise that the real task of the 2015 white paper is not to make the ADF more capable but to find reasonable savings in the aspirational Force 2030 that preserve the ADF’s balance along with the core skills, enablers and combat power needed to meet anticipated threats.

Since the principal objective of any defence white paper is to match resources with strategy and capability, this task should not be beyond the authors of the 2015 white paper. The key to success is to rein in personnel costs and reassess the value for money of the four major programs that will consume the bulk of capital spending in the next 20 years.

In descending order of estimated cost, they are the programs to replace or upgrade the ADF’s frigates ($45bn-$50bn), submarines ($36bn-$40bn), armoured combat vehicles and trucks ($15bn-$22bn) and fighter aircraft ($16bn-$18bn). All four programs will have to take a financial haircut to get the defence budget back into the black but this should be achievable without an unacceptable loss of capability. The severity of the cuts will depend on how much money the government commits to defence in the third year of its term. It is difficult to imagine the government not providing a significant, pre-election boost to defence spending in 2015-16 but the real unknown is how long higher levels of spending will be maintained.

The likeliest white paper outcome is that the number of mooted new submarines will be reduced from 12 to eight; the Joint Strike Fighter will be capped at 72, rather than 100; the army will lose some of the armoured combat vehicles it wants; and the Future Frigates will not be upsized, saving in total about $20bn.

This would still leave the ADF in reasonable shape with sufficient strike power to deter and defeat peer military adversaries and deal with foreseeable non-state and cyber challenges. If further cost reductions are required, there would be little choice but to cut the uniformed and civilian workforce, raising the unpalatable prospect of a hollowed-out ADF unable to fulfil many of its core missions.

Money aside, a second metric for assessing the 2015 white paper will be the soundness and rigour of the underpinning planning methodology and the insightfulness of the accompanying strategic judgments. Typically, a white paper draft traverses four distinct, but linked phases before receiving government endorsement through decisions of the National Security Committee of cabinet. They are: a threat assessment; a force structure review to determine what new equipment and capabilities are needed to combat priority threats; the development of costed, alternative defence forces showing clearly what each can and can’t do; and a final decision on the military capabilities government is willing to fund, detailed in a new defence capability plan.

To avoid this outcome, the white paper team must be given time to complete its due diligence even if this means going beyond the government’s deadline of March next year. There should also be a rethink of key planning assumptions that have passed their use-by date or require revision because of economic, social and technological changes.

An example is the dangerous fiction that our intelligence community can provide timely early warning of threats. In the pre-modern wars of past centuries, embryonic professional militaries could be rapidly scaled up by recruiting large numbers of volunteers from civilian life who could be trained to fight in months, if not weeks.

Rapid mobilisation and enlargement are far more difficult today because of the complexity of modern warfare and the rapidity with which new or hybrid threats can emerge, as Afghanistan and 9/11 remind us. It is doubtful whether any white paper could have predicted, before the event, that a wing of the Pentagon would be destroyed by a US passenger plane flown by foreign jihadists, or that Australian troops would be fighting in far-away Afghanistan for a decade.

Even the far-sighted US intelligence community, with its multi-billion-dollar budgets and massive human and technical resources, seems to have been blindsided by the speed of Russia’s recent annexation of Crimea. This is not an argument against good intelligence but a cautionary reminder that even the best intelligence has its limits. The lesson here is that the ADF will almost certainly have to fight as it is, so it better have what it needs.

A related misconception is that white papers can, and should, confidently peer 20-30 years into the future to make firm decisions about specific military capabilities we should acquire now. Sadly, such perspicacity is beyond the reach of mere mortals. A more sensible approach would be to focus on what we need for the next 10 years and build greater flexibility into the defence acquisition process.

Finally, the white paper must determine how and where the ADF will operate. Two perennial failings are the unwarranted privileging of proximity over importance; and a tendency to identify specific threats, usually a country or non-state actor, before first considering the nature of the generic challenges that are likely to arise and what the ADF will need to overcome them. Unless these failings are rectified, distortions of strategy and force structure are inevitable since it is folly to predict where, and against whom, the future ADF will operate.

Logic and history suggest that Australia must be capable of deploying and sustaining a credible force anywhere in the world, not just in our immediate neighbourhood. And our defence planners need to clearly identify the types of conflicts that are likeliest to engage the ADF. If these criteria are met, then the 2015 white paper should be able to deliver the affordable and capable defence force the government wants and the country deserves.