Opinion The cost of party bickering

There is much in the Gonski proposals to which the Coalition should have little or no opposition, writes Jenny Stewart. 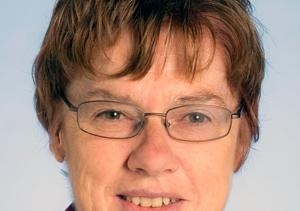 OPINION: It would be a great pity if the Gonski reforms to school funding were to become casualties of the current, heightened period of inter-party rivalry. Prime Minister Julia Gillard has deliberately stoked the flames by spruiking the dollar amounts that may, or may not, apply to schools systems in each state and territory. In doing so, she diverts attention from the underlying principles of the reforms which, in calmer times, the Coalition might have had much less difficulty in endorsing.

As the Gonski review emphasised, the current school funding system is neither equitable nor transparent. Its effects are very uneven, and most fair-minded people would agree that, while not exactly broken, it could certainly do with some improvement. By identifying a schooling resource standard for all primary and secondary students, with loadings for schools with disadvantaged students, the review established a basis for transcending a patchwork of ad-hoc school funding arrangements.

While not stated in its public purpose, one part of the motivation for the review was to fix the funding inequity that has developed between public and private, and also between different groups of private schools, in this country. Non-government schools are predominantly funded by the federal government. Public schools, on the other hand, are predominantly funded by the states and territories.

This asymmetry has developed over time, largely in response to political forces (that is, votes). It has meant that public schools in general, and public high schools in particular, have been subject to the constraints of state government budgets. The consequence has been that, particularly in NSW, Victoria and Queensland, government schools have been falling behind their counterparts in other states. A Coalition concerned to establish a better federal system must be cognisant of this.

There is a further issue relating to the application of the so-called SES (socio-economic status) method of allocating federal government funding to non-government schools. This system, in place for more than a decade, relates the level of federal funding to the notional ''capacity to pay'' of parents sending their offspring to a particular school. The model has, however, never been fully implemented. As a result, many schools are ''funding maintained'' (that is, have not received cuts to their public funding in real terms), even though their SES scores would entitle them to less than these amounts.

Under the resource standard model, it is likely that many of these schools, with their admixture of private funding, will exceed the standard. The difference is that, while these schools will continue to ''mark time'' in terms of funding, the schools which fall under the standard (many government, some non-government) will get more resources than in the past. Again (in principle), the Coalition should have no difficulty with this.

The funding, provided it can be suitably meshed for the different school systems and then be well spent by the implementers, is important. But, as the critics of Gonski (including many from the Coalition side of politics) have pointed out, the structural funding problems of Australian education are only part of the story. It is important to reflect upon some of the underlying systemic processes that have brought us to this point.

There is one, very striking, piece of evidence. Middle-class parents have been deserting the public education system for years. Over the past decade, public school enrolments have grown by 2 per cent. Enrolments in Catholic schools have grown by 6 per cent, those in independent schools by 14 per cent. In terms of standard thinking about public policy, this is most unusual. Usually, when we want people to do more of something, we make it cheaper. In this case, we find parents, not all of them wealthy, choosing the more expensive alternative and making considerable sacrifices to send their children to non-government schools.

Why is this? When proportions change in this way, it means people in similar circumstances are making different decisions than they did in the past. To put the issue in generational terms, why is it that so many baby boomers, most of whom went to public schools, have chosen non-government schools for their offspring? Many would argue that it is public funding of the non-government sector that has tipped the balance. But there are push factors as well.

These perceptions may or may not be accurate, but when acted upon, they weaken the public sector overall. Schools that may once have more than held their own start to struggle. Over time, teachers in these schools find themselves trying to manage classes with higher proportions of kids who come from disadvantaged backgrounds, including many who don't speak English at home. And for all teachers, there are increasing problems maintaining a good learning environment in class.

This is where, it seems to me, the teacher education faculties in the universities must take some of the blame. As is so often the case, what we have now is a reaction (or over-reaction) against the past. Children of my generation were taught to sit down, shut up and listen in school. Alienated and uninvolved, many of us could not wait to leave.

Now, and for some time past, the central pedagogical idea for primary-school children has been child-centred learning. This may sound good, but it is an empty phrase when teachers are confronted with classes that are too noisy to control, at least not without the expenditure of huge amounts of emotional energy and effort.

So, what to do? There is a critical need, identified by Gonski, for more funding. But more money is unlikely to be the whole solution. Non-governments schools work because they form effective partnerships between parents, teachers and children. Parents are told a lot about what goes on in their child's school and if they want to know more, they can find out. Perhaps government schools could do more to make parents welcome. Public-sector teachers' unions should acknowledge that there is much that can be learned from the private sector.

It's also important to keep in mind that Australia is a federation. School education is the responsibility of states and territories. With the funding issue defused, maybe they can get down to some real, inter-sectoral learning, from private to public and vice versa. Both sides of politics should have no difficulty agreeing on that.