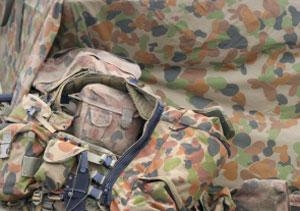 For 50 years now, Australia's generals have been telling our politicians that we can win so-called ''counter-insurgency'' wars, and for 50 years they've been wrong. No other department of state has provided government with such obviously intellectually flawed advice for so long. It's been the Australian military equivalent of Greek financial policy.

Proclaimed by its proponents as a masterful strategy for the times, counter-insurgency warfare - COIN in the military vernacular - has turned out to be not so much a credible plan of action as a cult. Central to COIN operations is the theory of the three-block war, a concept that attempts to define a model by which invading forces can succeed in an unfamiliar, hostile, often urban environment.

It's noteworthy that the model grew out of the persistent failure of Western armies to cope with precisely those conditions during campaigns in Vietnam, Somalia, Iraq, Bosnia, the Gaza Strip, and Lebanon.

The argument is that in any three contiguous urban blocks, soldiers might be required to deliver humanitarian assistance in the first, act as peacekeepers in the second, and fight a life or death combat in the third. Having established a foothold in the disputed territory, they are then expected to facilitate nation-building through the introduction of democratic institutions, free association, an open press, economic reform, and so on.

The model is an accurate enough description of the complex and challenging environment confronted in the past 50 years by Western soldiers. The problem is finding an army capable of satisfying its demands. The eminent Australian strategic scholar, former army officer and Oxford professor Robert O'Neill has identified the qualities Western armies require to succeed within this setting. His findings describe a force whose hypothetical standards frankly stretch credibility.

According to O'Neill, successful COIN operations demand soldiers who are able substantially to ''erode'' the cultural barriers that separate them from the people they're trying to help. In itself that's a sensible objective. But when those barriers are listed as language, religion, social mores, and a knowledge of local history, geography, institutions and economics, the argument tests belief.

And if that weren't enough - remembering that in many instances these same soldiers will be, properly enough, in fear of their lives - they also have to master civilian skills (for civic aid programs) and have some capacity to ''enter into an informal exchange with indigenes''.

It's difficult to avoid the conclusion that O'Neill's idealised army is based more on wishful thinking than on an objective analysis of what soldiers can, and cannot, do. Former US Marine Corps commandant General James Conway has provided a brusque assessment of this model, dismissing it as a ''masquerade''. Armies are unsuited to long-term nation-building, Conway states, because soldiers are ''killers'', not ''social workers''.

Conway's pungent commentary should not be taken as criticism of Western soldiers, who remain the best in the world - when they are doing the job that recruitment standards and training make them competent to do; namely, applying organised violence in the interests of the state.

It should, however, be taken as criticism of senior military officers who, despite 50 years of evidence to the contrary, keep telling their political masters that COIN is a valid strategy.

Exposed by the disasters of Vietnam, Iraq, and Afghanistan, COIN has degenerated into little more than a series of hollow catch-phrases - ''fighting among the people'', ''winning hearts and minds'', ''the surge'', and so on. As the fad of COIN has unravelled, the army's response has been to call for more ''boots on the ground'', then more again. That's always been the last resort of generals who've run out of ideas. But arithmetic has never been a substitute for strategy. Part of the blame must rest with our politicians, most of whom have little understanding of warfare.

There's also a powerful element of populism in the strident support both major parties give to our military adventures, regardless of what's actually happening on the ground.

The alleged imperative to serve the alliance is another favourite justification for getting involved in events they otherwise don't comprehend (noting that that imperative carelessly ignores the many shocking consequences for others, such as 2 million civilian deaths in Vietnam, 200,000 in Iraq and Afghanistan, 5 million orphans, etc). Nevertheless, our political leaders ultimately rely on the Australian Defence Force's senior commanders for their military-strategic advice.

Australians pay tens of millions of dollars every year to support an extraordinarily extensive military education system, including courses at some of the best and most expensive academies and universities in the world.

Among other things, that massive investment is supposed to produce first-rate strategic thinkers.

Instead, if the eagerness with which we have allowed ourselves to be drawn into a succession of unwinnable ''counter-insurgency'' wars for so long is any guide, our senior commanders have only had one military-strategic idea for half a century, and it hasn't been a very good one. COIN is a counterfeit concept, and it's time to hold the generals to account.

Alan Stephens is a visiting fellow at UNSW@ADFA.

Green but not happy to pay

Taking care of business: the private sector is waking up to nature's value