Australia found shelter for more than 33,000 rough sleepers and other homeless people during the pandemic, but a coming surge in homelessness demands a comprehensive national housing strategy. 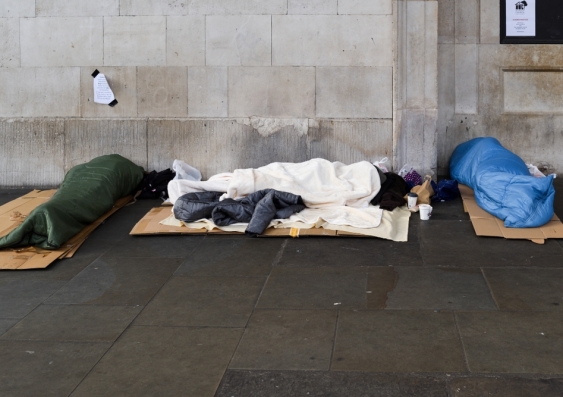 There were around 8,000 rough sleepers officially recorded in the 2016 Census, but that is just one small form of what can be deemed 'homelessness'. Image from Shutterstock

COVID-19 triggered multimillion-dollar commitments by state governments to tackle homelessness. Our research for the Australian Homelessness Monitor 2020, released today, reveals at least 33,000 rough sleepers and other homeless people have been booked into hotels and other temporary accommodation during the crisis.

Beyond this, several states have pledged funds and support to move beyond this short-term fix and ensure former rough sleepers find long-term housing.

These are commendable actions in a long-neglected policy area, even if largely inspired by public health anxieties rather than concern for the welfare of people without a home.

Still, our research also shows the burst of activity over the past six months builds on several years of stepped-up state government action to tackle street homelessness across Australia.

What prompted governments to act?

Three factors seem to have contributed:

Some states even set specific targets to reduce homelessness. New South Wales, for example, pledged to cut rough sleeping on Sydney’s streets by a quarter between 2017 and 2020. Statewide, the aim is to halve street homelessness between 2019 and 2025.

Such targets are a welcome sign of ambition. They could even spur other states and territories to make similar commitments.

As our report explains, though, these aspirations raise tricky issues of definition and measurement. And they focus narrowly on rough sleeping. Though highly visible, it’s just one of the forms of homelessness.

This approach risks airbrushing the wider, and much larger, homelessness problem. Of the 116,000 homeless people counted by the 2016 Census some 8000 were rough sleepers. Homelessness also includes experiences such as couch surfing and living in badly overcrowded dwellings and short-term, unsafe accommodation like rooming houses.

Crucially, homelessness cannot be overcome purely through better management and co-ordination of existing services. Nor can it be seriously tackled by state/territory governments without federal support.

New wave of homelessness is looming

The most immediate concern now is an imminent surge in homelessness. This is likely in coming months as a result of JobKeeper payments and JobSeeker Coronavirus Supplements being scaled back and bans on evictions lifted.

These protections staved off a new, recession-induced, homelessness crisis through the winter months. But, since mid-year, rough sleeper numbers have been on the rise once again in cities including Adelaide and Sydney. This is almost certainly a problem deferred, rather than a problem avoided.

We know, for example, that many tenants who lost incomes and sought reduced rent have only been granted deferrals. They are building up big arrears. 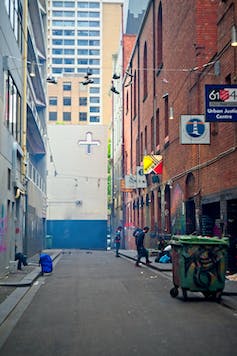 For their part, many landlords have lost rental income – by negotiation or otherwise. They represent about one-third of the more than 400,000 mortgage accounts on which banks have agreed to defer payments.

The extent of any surge in homelessness will depend on the public health situation, the timing and vitality of post-pandemic economic recovery, and on how quickly eviction bans and income-support measures are withdrawn. However, if unemployment hits 10% as predicted, homelessness could rise by 21% according to one projection for NSW.

For state governments, housing the mid-2020 rough-sleeper cohort has been enough of a challenge on its own. Even with stepped-up assistance programs, the states lack the capacity to cope with a surge of households newly evicted from private rental housing.

The main problem is a lack of homes at rents that low-income tenants can afford. A large part of the reason is decades of official inaction that effectively halved Australia’s supply of social housing since the 1990s. On top of that, the shortfall of private rental properties affordable for low-income tenants grew by 54% in the decade to 2016, as detailed in our report.

Lessons from Australia’s success in tackling street homelessness during the pandemic must be integrated with ongoing services. We have to reduce reliance on band-aid interventions that are costly and, at best, only lessen the harm. Homelessness is bad for health and for our society at all times, not just during pandemics.

Governments at all levels must recognise that the growing homelessness problem of the past two decades calls for a comprehensive housing policy rethink.

Yes, governments have partnered with community organisations to get people off the streets during the pandemic, which is something to celebrate. But these successes do not resolve the underlying structural problems.

The federal government has a critical role to play in both policy and funding. It must be far more active in owning and tackling the issue. Essential first steps are to permanently boost JobSeeker payments and the rate of Commonwealth Rent Assistance. And the government should properly index these payments, as it does the Aged Pension.

Beyond this, the Commonwealth must use its greater budget capacity – more than the combined resources of the states and territories – to invest in building new social housing at scale. For almost the entire period since 1996 we’ve been building only 2000-3000 social housing units per year. Just to keep pace with a growing population, that needs to be 15,000 a year. It’s essential not just as a stimulus for post-pandemic recovery as proposed, but as a routine national program long into the future.

Such action should be part of a comprehensive national housing strategy to design and phase-in the wide-ranging reforms of taxes and regulations needed to rebalance Australia’s housing system and tackle homelessness at its source.

The authors are very grateful to Peter Mares for his input into this article.