A creative form of activism uses embroidery to explore gender-based violence issues and advocate for reform. 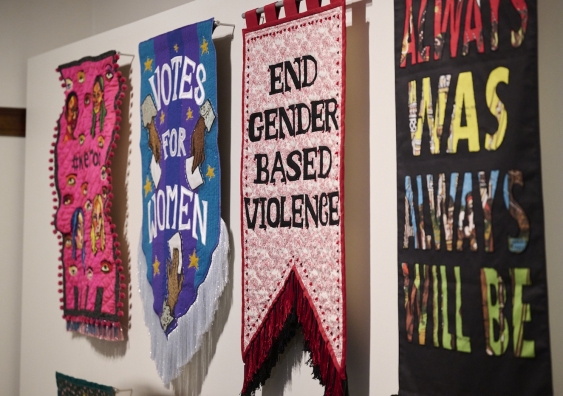 Around the world, creative individuals are taking their needlework to the streets in rebellion.

While using DIY craft as a strategy for resistance has a rich history, in recent years it has become a contemporary movement known as ‘craftivism’. Through expressive works like public quilting and yarn bombing, crafters – known as craftivists – use textiles like knitting, sewing and embroidery to express social, environmental and political concerns, one stitch at a time.

Associate Professor Alyce McGovern, criminologist and lecturer in the School of Law, Society and Criminology at UNSW Law & Justice, says one of craftivism’s greatest strengths is its capacity to advocate for change. Crafts, especially textile-based practices, are often viewed as safe, non-confrontational and inoffensive in contrast to other political art forms.

“Craftivism is considered a slow and caring mode of resistance. It’s a gentle protest form, but it can be powerful in soliciting interactions and responses,” A/Prof. McGovern says. “For both participants and audiences, it can gently open space for engaging in conversation, particularly about painful and traumatic matters.”

While it might seem unlikely, craftivism is fundamentally linked to the law in highlighting social injustices. As a grassroots approach, works are often victim-led and centre firmly around the needs of affected communities.

“Wherever the criminal justice system is failing victims, craftivists can be found using their critical and creative skills to bring attention to or directly address social justice issues,” A/Prof. McGovern says. “They’re able to solicit widespread public participation in projects that speak to incredibly sensitive matters with dignity and reverence.” 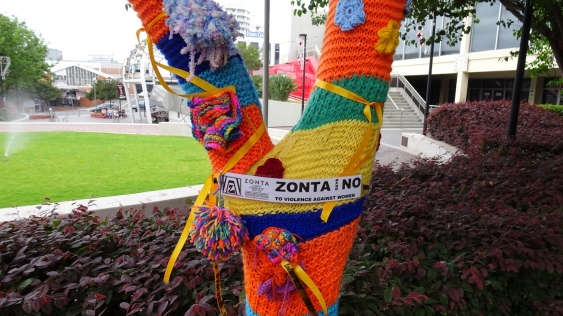 A/Prof. McGovern is currently researching how craftivists worldwide are addressing criminal and social justice concerns, in particular, issues of gender-based violence. This includes family and domestic violence, violence directed at the LGBTQIA+ community, and broader issues of safety, freedom and human rights.

“We are discovering how powerful a tool craft can be for healing and advocacy,” A/Prof. McGovern says. “We think it has a lot of potential as a methodology to engage with and support victim-survivors and their communities more broadly.”

Many people have personal and emotional connections with textile craft practices. Practitioners often base their craft on lived experience and work directly in and with communities impacted by gendered violence. More are also collaborating online and sharing their works on social media with a network of like-minded makers.

Even when they aren’t entirely conscious of it, craftivists seem to be united by the desire to achieve better outcomes for victim-survivors of gender-based violence, says Dr Tal Fitzpatrick, artist and craftivism researcher at UNSW Law & Justice.

“It can be a way to grieve and process their own traumas outside of the justice system. For others, it is about voicing what happened to them or their loved ones. Some also use it as a means of protest to help mobilise people and call for tangible outcomes like policy reform,” Dr Fitzpatrick says.

The works themselves can be incredibly varied and unique. Dozens of trees and benches covered in colourful and intricate knitted and crocheted yarn designs make a powerful visual statement against gender-based and family violence. Hundreds of colourful ribbons tied to the Loud Fence in Ballarat symbolise solidarity with the victims of child sexual abuse. Another, the Monument Quilt, is a crowd-sourced collection of over 3000 stories stitched together by survivors of rape and abuse to create a public space to heal. 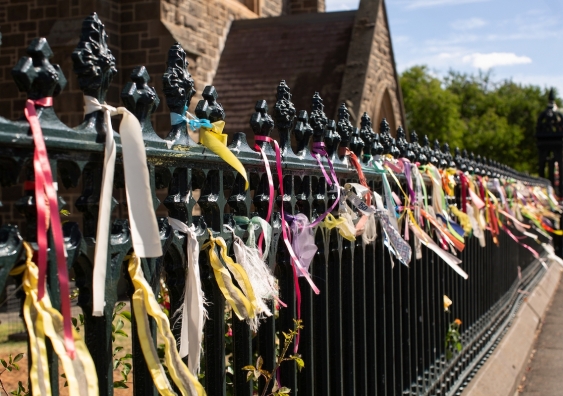 “The works are an acknowledgement and record of the experiences of the victims. But they also invite us to envisage a community without sexual violence,” Dr Fitzpatrick says.

“We believe the efforts of these practitioners should be acknowledged more and their calls for social change more carefully considered, which is what we plan to highlight through our research alongside this important community.”