Police increasingly recognise the benefits of social media, often bypassing traditional media in breaking news. But they should think carefully about how they engage, writes Alyce McGovern. 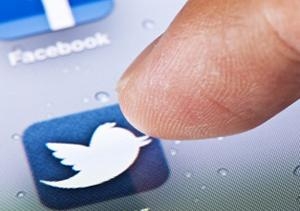 OPINION: Social media has profoundly changed the ways in which police are now able to communicate – unmediated – with the public.

With pressure on police to increase public confidence and reduce community concerns over crime, social media has emerged as a valuable tool for improving communication between organisations and their “customers” – the public.

And as we witnessed in Boston, social media is now the site for breaking news.

But increasingly it is the police, not the media, who are providing real-time crime news to an ever-interested audience.

In the aftermath of the bombings, and the ensuing pursuit of the alleged attackers, social media played a critical role.

For example, social media served as a channel for disseminating police information about the bombings, and facilitated  “citizen policing” during the hunt for the prime suspects in the attack – with sometimes negative results, such as the wrongful identification of one missing student as a suspect.

But while the Boston case has brought attention to the nexus between police and social media, the intersection of social media and police work is not an entirely new phenomenon.

Over the last five years, police organisations around the world have been developing skills in using social media as investigative and public relations tools.

What my own research into this phenomenon has shown is that police are more than happy to take a lead role in defining crime events for the public, bypassing the traditional media platforms that have filtered much of the public communications work of law enforcement.

Dr Alyce McGovern is a Senior Lecturer in Criminology at UNSW.

Read the full opinion piece on The Crime Report.

Social media and crime: the good, the bad and the ugly

Crafting for good: why we all want to knit for penguins

Knit one, purl one: the mysteries of yarn bombing unravelled